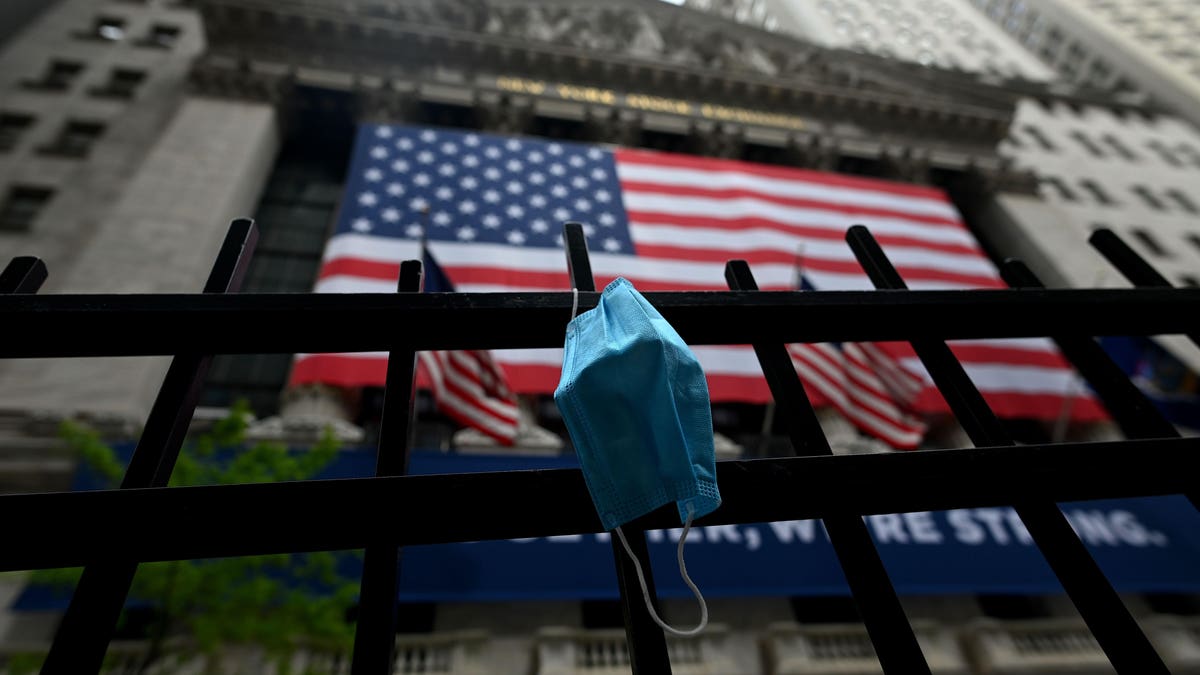 With Omicron and Tapering Looming, here’s what to watch out for in 2022

2021 has been a difficult year as investors weathered the COVID pandemic, vaccine deployments, the reopening of the economy, the start of a new presidential administration, the start of a Federal Reserve tightening cycle American and finally the emergence of the highly contagious omicron variant. Until recently, the improvement in the US economy combined with the Fed’s accommodative monetary policy had pushed stocks higher. Recently however, a combination of factors has weakened stocks, with the S&P 500 down 4% from all-time highs, the NASDAQ
by 8% and the Russell 2000 by about 14% from the peak reached seven weeks earlier. In fact, the damage is actually worse than it looks if we look at the extent and number of stocks over 20% from previous highs. About a third of S&P 500 stocks are down more than 20% from highs; the NASDAQ is worse off with about 50% off 20% or more; the Russell 2000 has over 70% of the shares at 20% or more. At the same time, the Fed has stepped up its reduction in bond purchases. The Fed was expected to cut its purchases over an eight-month period, but this has been reduced to around four months, with the program due to be completed by mid-March 2022. Finally, the speed at which the omicron variant is the spread again increases the possibility of global lockdowns and restrictions, which is increasingly likely to slow the global economic recovery and lead to downward revisions to earnings for the first half of 2022. With all of this as a backdrop, let’s look towards 2022, both in terms of its setup as well as investment themes that may be promising for the new year.

While 2021 has been a good year for inventories, there isn’t much carry over to the next year (see table below). If 2022 ends up being a year of losses for equity investors, it wouldn’t be unusual, as has happened three times after the thirteen years the S&P 500 rose 20% or more between 1970 and 2020.

Technically, the major averages offer a mixed picture at best. The S&P 500 remains in an uptrend, although it again crossed its 50-DMA at the start of the week. This has happened several times over the past 18 months, but in each case it has found support at or just below 100-DMA. He’s testing this level now; a break below would leave the next support 4% lower at 200-DMA.

Likewise, the Nasdaq has failed to maintain its recent 50-DMA rally and has broken its 50-DMA and 100-DMA in recent sessions. It has found support at or just below 100-DMA on several occasions over 15 months, so the current level is clearly critical. If he cannot quickly resume 100-DMA, 200-DMA is in play 4% below.

Small cap Russell 2000 looks the worst, having sliced â€‹â€‹both its 50-DMA and 200-DMA in late November, then failing in a recent attempt to pick up either. It is now testing a major support level at the lowest of a range established since January, a breakout of which could lead it to a decisive decline.

A lot of speculation has emerged from the market, which can be seen in the area of â€‹â€‹new issues. IPOs, which had been very strong, have recently slowed in terms of both issuance and price performance. December saw only three IPOs, compared to the peak month of the year, July, which had 64. It is still possible that this year was the start of a multi-year acceleration in the number of new issues. (see the IPO chart below with a peak in 1991, leading to several more years with high totals). But the opposing factors are the weak performance of the new issues of 2021 and the current risk reduction which extends until 2022.

The sample consists of IPOs with an offer price of at least $ 5.00, excluding ADRs, unit offerings, closed-end funds, REITs, companies in sponsorship of natural resources, small-effort offerings, banks and S&L, and unlisted stocks on the CRSP (the CRSP includes Amex, NYSE, and Nasdaq). It also excludes after-sales service.

The PSPCs have also cooled. Registrations exploded in 2021, with more than 500 PSPC offers in the first three quarters of the year. However, the median price of the new SPAC is down for the year and the number of future offers is starting to drop.

Despite the very high number of new issues this year, the median IPO is down 16% from its offer price and 49% from its 52-week high, significantly underperforming l whole market.

In addition, demand for older IPOs (one to three years since pricing) has also declined in 2021. The year-to-date median performance of shares with new issue dates of January 2019 to December 2020 is -39%. These actions represent a median of 63% off 52 week highs! The Renaissance IPO ETF (IPO), home to many of these stocks, hit almost 30% lower than highs initially in May compared to a high in February, and then after months of trying to recover, it declined. gave up most of the progress in just a few weeks. Its RS line relative to the S&P 500 is near 52 week lows and declining.

Overall, given the likelihood of omicron slowing the global and US economies as well as historical and technical factors, it looks like large cap stocks are preferred to outperform small caps, at least to start the year. In terms of growth versus value, the trends are less clear. Recently, both tech stocks and high growth cyclical consumer stocks have weakened. While some value areas have performed better, they tend not to be more cyclical but rather defensive, like large financials, commodities and utilities.

The commodities and utilities sectors have been performing well in recent weeks, while coming from positions of extreme underperformance over the past 12-18 months. SPDR ETFs for everyone (XLP, XLU) recently hit all-time highs, an impressive achievement in absolute terms given the market pressure. Both indices have continued mean reversion potential, supported by market weakness and the generally weak setup heading into the second year of presidency.

Key things to watch out for in the coming weeks and months will be whether the S&P 500 and Nasdaq can resume their 100-DMA or if they trade until 200-DMA; whether or not the Russell 2000 can hold onto the long term support it is in now; and whether growth stocks (software, IPOs, clean energy, etc.) can work through current bases to provide more attractive technical setups near their 52-week highs. I would love to paint a brighter picture for the end of the year, but until those factors improve, I advise you to stay cautious.

Kenley Scott, Director, Global Sector Strategist at William O’Neil + Company, a subsidiary of O’Neil Global Advisors, made important contributions to the compilation, analysis and writing of the data for this article.

No part of the authors’ compensation was, is or will be directly or indirectly related to the specific recommendations or opinions expressed herein. O’Neil Global Advisors, its affiliates and / or their respective officers, directors or employees may have interests, or long or short positions, and may at any time make purchases or sales as principal or agent of the securities. referred to herein.