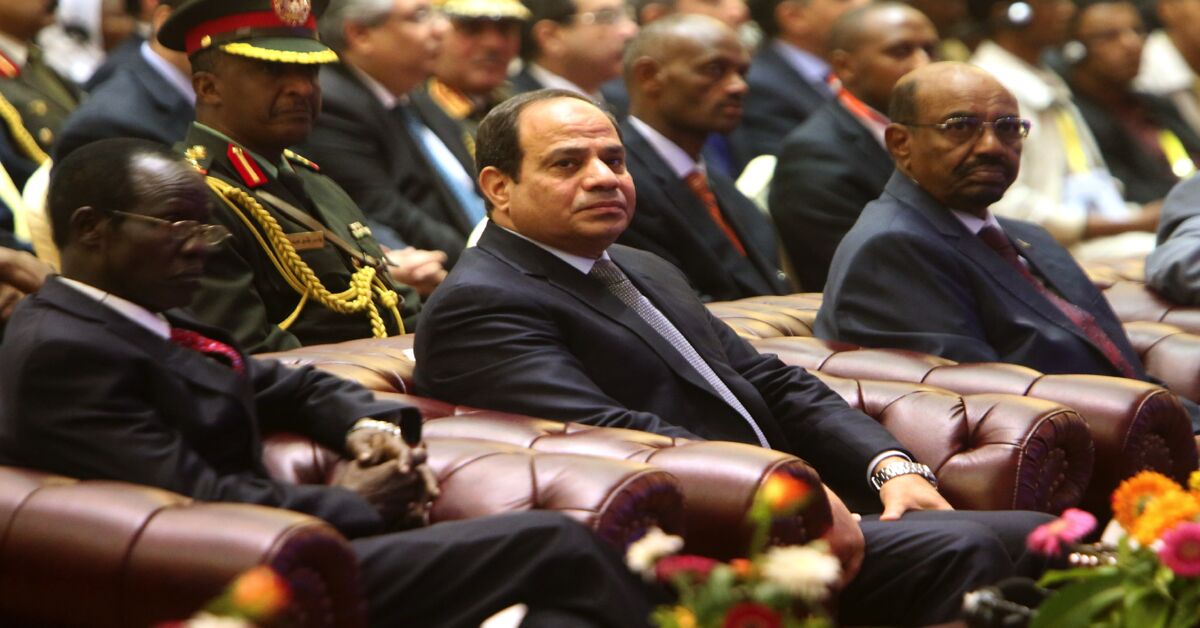 CAIRO – Since President Abdel Fattah al-Sisi’s remarks on July 15, in which he told Egyptians not to worry about the threat posed by the Ethiopian Great Renaissance Dam (GERD), the tension and the Anger over Ethiopia’s unilateral decision to fill GERD without prior agreement with Egypt has diminished in traditional and social media.

Speaking at a launch conference for the Haya Karima (Decent Life) project for the development of the Egyptian countryside, Sisi said: “Everything will be fine. We have some good plans, and there is no need to worry. … Egypt has never sought to threaten or interfere in the affairs of other countries.

In addition to Sisi’s statement, which came as a message of appeasement following a series of fiery statements against Ethiopia, diplomatic silence prevailed after the UN Security Council session to discuss the crisis. GERD on July 8, during which no resolution or position on GERD was taken. . Meanwhile, Algeria’s initiative to resume direct talks between Egypt, Sudan and Ethiopia has also stalled.

Despite the relative calm that currently surrounds the issue of GERD in Egypt, the issue remains on Sisi’s agenda during his official meetings. During a September 4 press conference with his Cypriot counterpart, Nicos Anastasiades, Sisi highlighted Egypt’s continued efforts to resolve the GERD crisis fairly and resume negotiations to reach a legal and binding agreement. on filling and functioning of GERD. .

He also called on “the international community to play a serious role in this issue in order to preserve the stability of the region”.

Volatile events and escalating tensions between the Ethiopian federal government and the Popular Front for the Liberation of Tigray (TPLF) since November 2020 have added a new dimension to the tension surrounding GERD. This has become evident in the past two months after Tigrayan rebels made significant gains in the Tigray region by seizing key areas after the withdrawal of the army. Meanwhile, Ethiopian Prime Minister Abiy Ahmed recently called on civilians to join the army and fight rebels in Tigray.

For his part, Lieutenant-General Bacha Debele, chief of staff of the Ethiopian National Defense Force, told a press conference on September 4 that the army countered an attack by TPLF rebels in the region of Benishangul-Gumuz, in the far west of Ethiopia, which sought to hinder the construction of the RGO. The army, he continued, killed 50 infiltrators. He did not specify whether these rebels had indeed reached the GERD site.

Ethiopia accused Sudan of supporting the attack, which the Sudanese foreign ministry denied in a statement. The ministry condemned “Ethiopian statements which clearly have political objectives, while the Ethiopian government continues to blame Sudan whenever the internal situation [in Tigray] getting worse.

Commenting on the repercussions of security tensions in Ethiopia on Egypt’s position on GERD, Hani Raslan, African affairs analyst at the Al-Ahram Center for Political and Strategic Studies, told Al-Monitor: “Domestic developments in Ethiopia is accelerating and involves a lot of uncertainty, which has prompted the Ethiopian government to resort to foreign powers like Turkey and Israel. [Ethiopia] is seeking support in the face of escalating tensions with the United States, which rejects inhumane conditions in the Tigray region.

Raslan added: “Some are counting on the possibility that developments in Ethiopia could cause the Ethiopian government to lose control of the Benishangul-Gumuz region where the dam is being built, or that the economic crisis will cause work to be stopped. of construction.

He noted: “There are several opportunities that Egypt could seize in the near future, especially since the current circumstances are in Cairo’s favor.”

According to Raslan, the disputed countries (Egypt, Sudan and Ethiopia) are less likely to resume GERD negotiations anytime soon. “Any attempt to resume negotiations which leads to a political solution will not succeed because the Ethiopian government is unlikely to change its position, especially as the internal political situation deteriorates.”

Negotiations between Egypt, Sudan and Ethiopia collapsed on April 4 during the meeting of countries’ water and foreign ministers in Kinshasa, as Ethiopia refused Sudan’s request for international mediation and insisted that the negotiations be maintained under the aegis of the African Union (AU). Meanwhile, no tangible progress has been made during AU-sponsored negotiations over the past two years, during which Ethiopia has successfully stored nearly 7 billion cubic meters of water in the GERD reservoir despite opposition from Egypt and Sudan.

Speaking to Al-Monitor, Alaa Zawahiri, professor of engineering at Cairo University and member of the Egyptian technical committee for GERD negotiations, said: “Egypt insists on precise and clear technical constants related to the agreement on the filling, operation and filling of the GERD during periods of drought.

He added: “But the Egyptian team is still open to any negotiation on other legal points of the agreement, such as the dispute resolution mechanism.”

“The Egyptian team is still waiting for a clear initiative to discuss, after the technical, legal and diplomatic dispute which has lasted for years,” he noted.

Commenting on whether Cairo overcame the expected risk of the second filling during the current flood season, Zawahiri explained: “The problem is not in the technical impact of the quantities of water retained during the filling, but in [Ethiopia’s] unilateral action in the absence of any consultation or agreement on any procedure and on a binding legal agreement.

He added: “The potential negative impact of a prolonged drought is not limited to the filling stages, but also to the years in which the dam was filled and operated, which has caused disagreements in previous rounds of negotiations. on who will have fill priority and how. distribute water shares after periods of drought.

At the same time, an Egyptian research team is carrying out a study on the real effectiveness of GERD and the reasons why Ethiopia could not collect the 13.5 billion cubic meters planned in the dam while it was content of 3 billion cubic meters during the second phase of filling. .

Hesham el-Askary, professor of remote sensing and earth system science at Chapman University in the United States, told Al-Monitor: “We are trying to provide a scientific answer to why Ethiopia has not managed to complete the second phase of the filling. , regardless of the political statements that have circulated.

He added: “We seek to present scientific studies testing the safety of the dam and changes in the structure of the dam, at a time when Ethiopia has not submitted studies providing scientific answers to questions related to the problems. dam techniques.

Egypt, for its part, is waiting to see how the successive evolutions of the Ethiopian political scene will unfold before taking any measures involving a dialogue with the Ethiopian government.