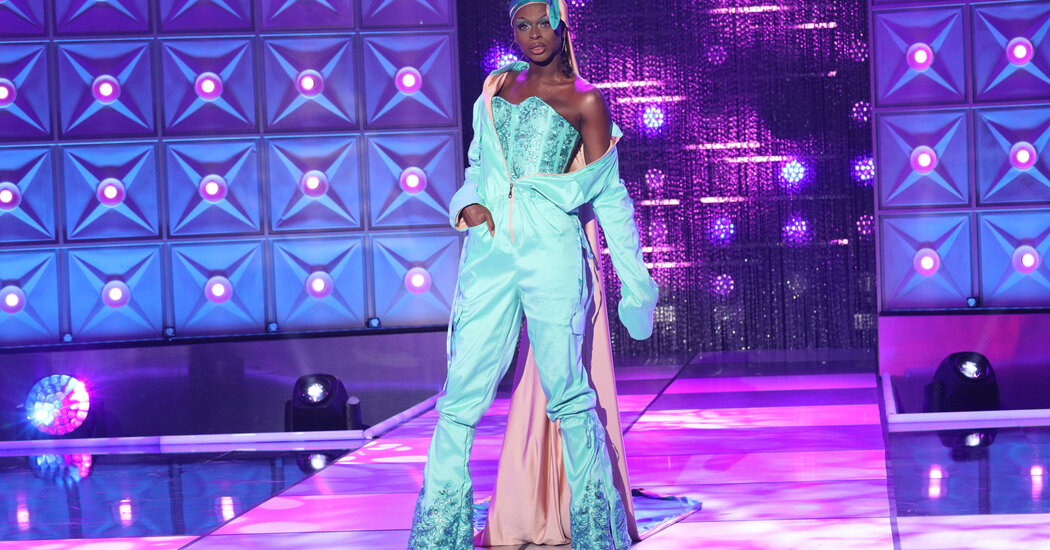 Between network, cable and streaming, the modern television landscape is vast. Here are some of the shows, specials and movies coming to TV this week, January 3-9. Details and times are subject to change.

INDEPENDENT LENS: PEOPLE’S REPUBLIC OF DESIRE 10 p.m. on PBS (check local listings). This documentary explores how real connections are being replaced by virtual relationships within China’s fast-paced live streaming industry. Taking a closer look at the popular YY streaming platform, it exposes the impact of technology as a revenue-generating platform and what younger generations see as success in an endless online popularity contest. .

MY SALINGER YEAR (2020) 5 p.m. on Showtime. Adapted from Joanna Rakoff’s memoir, this film follows a young writer, Joanna (Margaret Qualley), who lands a job as an assistant to fierce literary tech agent Margaret (Sigourney Weaver) in New York City. Joanna is given the tedious task of sorting fan mail from JD Salinger, the agency’s main reclusive client, and decides to bend the rules, personally responding to letters that otherwise would go unread.

BATMAN FOREVER (1995) 6 p.m. on BBC America. In this episode of the “Batman” series directed by Joel Schumacher, Batman (Val Kilmer) confronts the cackling split personality of Two-Face (Tommy Lee Jones) and the relentlessly wacky, neon-green-clad Riddler (Jim Carrey) in Gotham City , where everyone seems to have a secret. Brought together by their shared hatred of authority (in this case, Bruce Wayne and his company, Wayne Enterprises – and of course, Batman), the vile duo team up and hatch a plot to brain-drain the citizens of Gotham City for discover Batman’s true identity. Meanwhile, Bruce Wayne finds himself a ward, Dick Grayson (Chris O’Donnell), soon to be Robin, and tries to sort out his feelings for Dr. Chase Meridian (Nicole Kidman), a new psychologist in town.

FANTASTIC RACE 8 p.m. on CBS. In March 2020, the Covid-19 pandemic forced production to pause after the first three stages of this competitive show’s 33rd season had already been taped, sending the teams and crew into a hiatus of nearly 20 months before being able to resume racing around the world. Finally, they are back. The two-hour Season 33 premiere shows us 11 teams made up of internet personalities, father-daughter duos, best friends, and married couples, all competing in challenges for a chance to win $ 1 million.

BONNIE AND CLYDE (1967) 9:30 p.m. on TCM. The original Warner Brothers slogan says it all: â€œThey’re young. They are in love. They kill people. When ex-convict Clyde Barrow (Warren Beatty) meets Bonnie Parker (Faye Dunaway) in a mundane small town in the 1930s, they are both captivated. Soon the two left to wreak havoc and rob banks in four southern states, charm each other to death. In February 1968, months after its release, The New York Times reported that “Bonnie and Clyde” had been banned in Norway for being “too brutal.”

RUPAUL’S DRAG RACE 8 p.m. on VH1. Admire 14 sparkling and twinkling drag stars – make no mistake, they’re queens, not competitors – as they face off in lip-syncing battles, bizarre challenges, and creating stunning head-to-toe looks in hopes of being crowned America’s Next Drag Superstar by the one and only RuPaul. Season 14 premiere turns heads for more than one reason, with the show’s controversial first-ever ‘Queen Straight’ added to the list, but this Emmy-winning series continues to celebrate the travels of all its queens . â€œWe queer people are kind of our thing,â€ Symone, the 13th season winner of â€œRuPaul’s Drag Race,â€ said in an interview with The Times. â€œWe admire our heroes. They give us strength. Now sashay away!

THE HOBBIT: AN UNEXPECTED JOURNEY (2012) 5 p.m. on HBO. For some millennials, the â€œLord of the Ringsâ€ trilogy â€œfulfills the same role asâ€œ Star Wars â€for those who grew up from the late 1970s to the 1980s,â€ Nikita Richardson wrote in a recent Times article. But long before Frodo Baggins begins his journey, his distant cousin Bilbo Baggins (Martin Freeman) sets out on his own mission. At the behest of the wizard Gandalf the Gray (Ian McKellen), Bilbo leaves the comforts of his home and travels through the lands of Middle-earth, riddled with evil creatures, to Lonely Mountain, where a community of dwarves have lost his home because of a greedy dragon hungry for gold. Adding to an origin story of grandiose proportions, a certain “precious” gold ring slips into Bilbo’s hands, with the power to change the fate of all of Middle-earth.

THE REDEMPTION OF SHAWSHANK (1994) 7 p.m. on Paramount Network. Based on a 1982 Stephen King short story, this film follows Andy Dufresne (Tim Robbins) after he was convicted of murdering his wife and sent to Shawshank Prison. Although calm and reserved, Dufresne befriends a few inmates, including Red (Morgan Freeman), the film’s narrator and the one inside who can get you everything. “Without a single riot scene or horrific effect, it tells a slow, sweet tale of camaraderie and growth, with an ending that abruptly finds poetic justice in what came before,” Janet Maslin wrote in her review for The Times. In 1994.

ROBIN AND MARIANNE (1976) 8 p.m. on TCM. This version of the Robin Hood legend follows this hero (played by Sean Connery) as he returns to Sherwood Forest some 20 years after the original story “rob the rich, give the poor”. On his return from the fighting during the Crusades, Robin Hood finds himself on his greatest adventure: trying to win the heart of Maid Marian (Audrey Hepburn). In true medieval fashion, the journey features plenty of duels, heroic exchanges, cruel enemies (notably the Sheriff of Nottingham, played by Robert Shaw) and no shortage of romance.