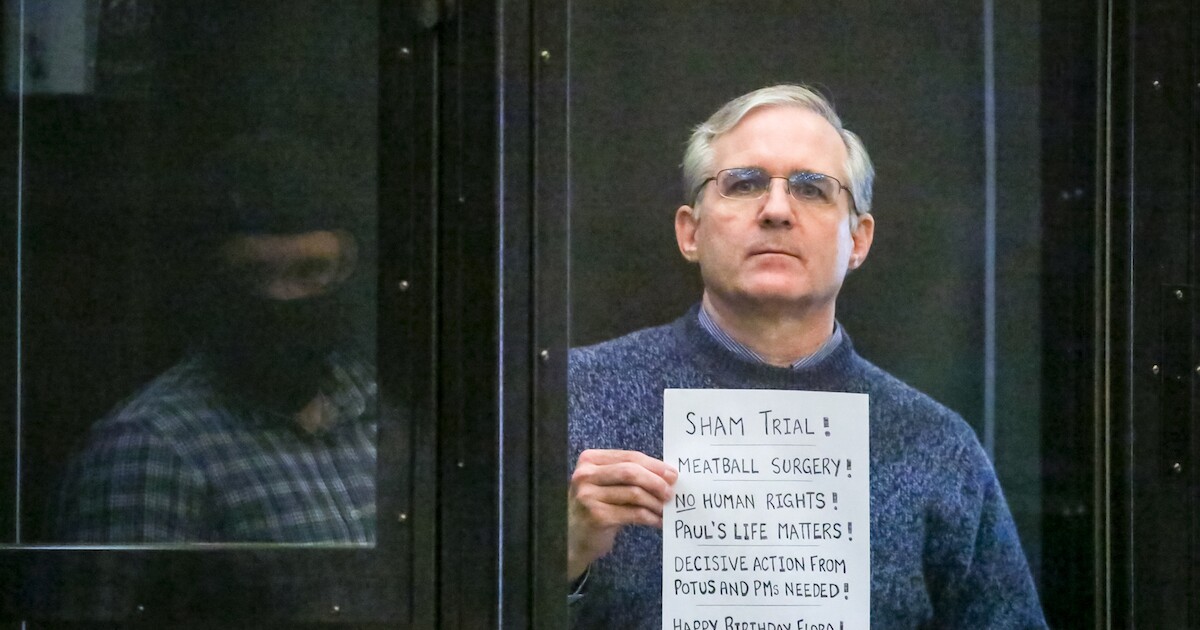 (WXYZ) – As the United States and its allies impose more economic sanctions on Russia, Paul Whelan’s family is bracing for the impact this could have on their ability to support him.

The Novi man remains locked up in a Russian labor camp, serving a 16-year sentence for espionage.

The accusation is something Whelan had always denied, saying when he was arrested in Russia four years ago he was simply there to attend a friend’s wedding.

Now Whelan works daily making textiles with other inmates, including a few Americans, in a labor colony in Mordovia; it’s about 750 miles from the Ukrainian border.

Paul’s brother David Whelan tells Action News what he can say. Daily life at the prison has not changed since news of the invasion.

But he has concerns, he said, about his family’s ability to continue supporting Paul financially if economic sanctions interrupt the way they send money to Russia.

“I think it’s kind of an invisible problem in Paul’s particular case. None of our family members have a Russian bank account. Right now, when we’ve received money from his Go Fund Me account. It goes into a trust fund, and that money then goes to the State Department in Washington,” David explained.

From there he was transferred to a bank in Moscow owned by the United States Embassy. The embassy then takes this money and loads it onto a phone card or into Paul’s prison account; this is how he pays for fresh vegetables and basic necessities and also for precious minutes on the phone with his aging parents at home.

Currently, David said the family is still able to send money to Paul in jail.

“If sanctions impede its ability to flow US dollars to Russia, then that support pipeline will be cut off,” David said.

Over the weekend, the world continued to punish Russia for its invasion of Ukraine.

The United States and its Western allies have restricted Russian banks’ access to SWIFT, an international banking system.

And in the private sector, big tech companies are showing their disapproval of Putin and this invasion.

YouTube and Meta, Facebook’s parent company, announced limits on Russia’s ability to make money from ads on their platforms and even restricted some content.

Senator Gary Peters, who has been outspoken about bringing Paul home, issued the following statement to Action News when asked about Paul’s current status amid this growing tension.

“People here in Michigan know that to stand up for Ukraine is to stand up for Michiganders of Ukrainian descent and ordinary Americans like Paul Whelan – who was wrongfully imprisoned in a former Russian gulag. The unprovoked and illegal Russian invasion of Ukraine is an attack on democratic principles and the rights of free people everywhere – including our neighbors. I will continue to work with the administration to push for Paul Whelan’s return to Michigan.

Underground strike 2022 LIVE – London Underground disruption as workers walk out of TfL dispute; times and how it affects you