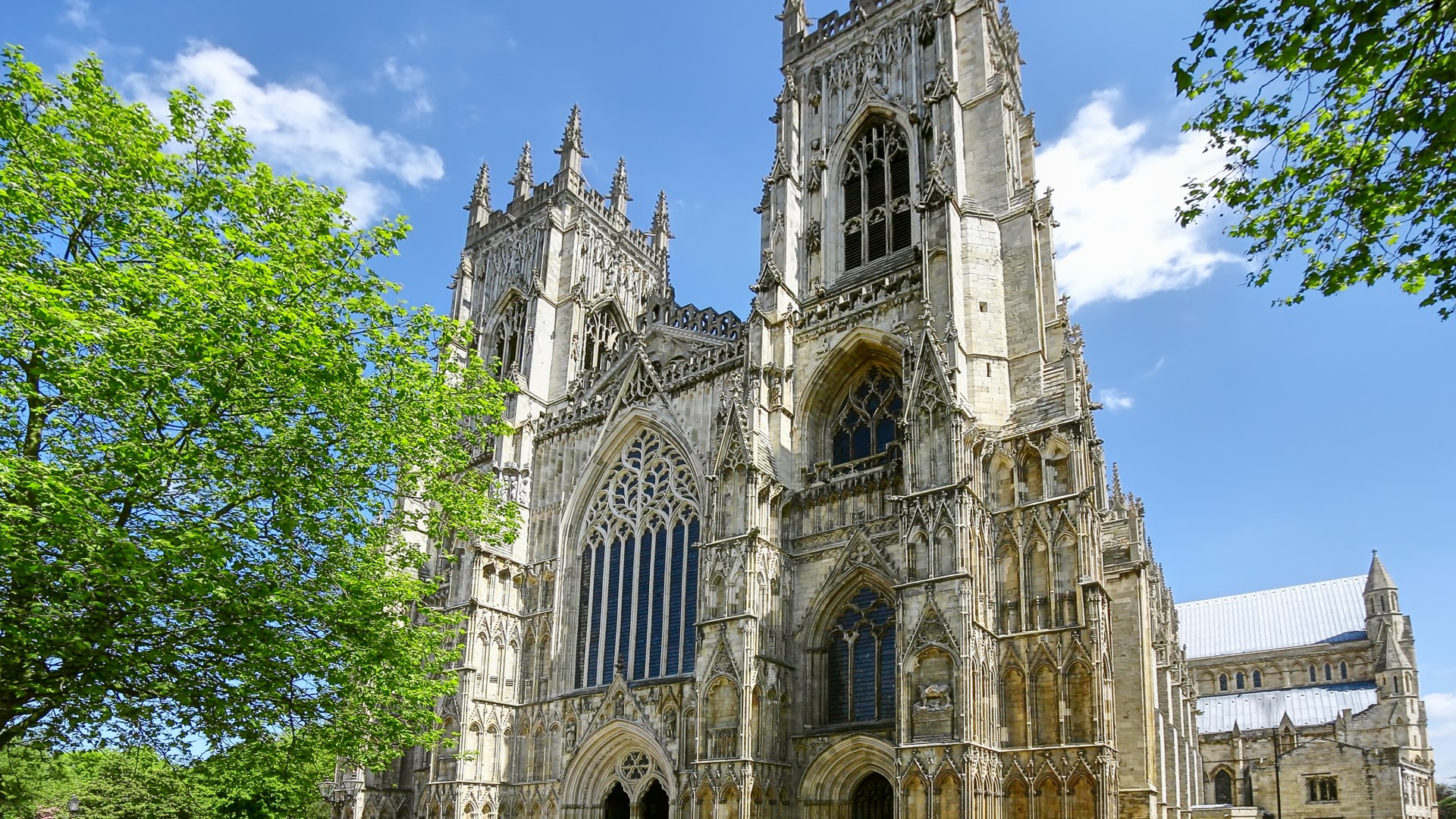 THE historic city of York with its cobbled streets and quirky Tudor houses seems to have a plaque on every corner and a Roman ruin under every building.

But don’t be fooled. Just because this place has nearly 2,000 years of history doesn’t mean it’s old and tired. In fact, it can also be quite the opposite.

Its old streets are a vibrant mix of old and new – there’s a ghost shop on one corner, an Instagrammable donut shop on the other, and a medieval cathedral right in the middle.

All of this is enveloped by an ancient wall that stretches for just over two miles around the city center.

Many visitors hike the Wall Trail, which is free to access on foot, but the most fun way to get a taste of this city’s history is to take a bike tour.

We had booked a two hour tour guided by our friendly host Cecil, who helped us set up our bikes before we set off at full speed, enjoying both impressive architecture and parkland.

The ten kilometer loop is a great way to see the landmarks, and with plenty of stops, it’s doable for most fitness levels.

Even the rain couldn’t dampen Cecil’s spirit as he happily chatted about everything from the history of the wall to how chocolate put York on the map – it was once filled with factories producing the sweet treat and home to Terry’s Chocolate Orange.

Indeed, it is the other great attraction of the city: the food. And not just chocolate.

York has quaint cafes on almost every street, though perhaps the most famous is Betty’s, a quintessentially British tearoom that serves delicate cakes on bone china plates and tea in silver pots.

But not all cafes and restaurants follow the tradition.

Vegan restaurants have been popping up all over town, including Dog’s Nose, a plant-based Mexican joint that serves tofu burritos and mushroom tacos.

Or there’s Doe Bakehouse’s goofy display of vegan donuts that sell out every day.

Hotel Malmaison, our home for two nights, also has Sora Skybar on the seventh floor, offering Asian fusion tapas with a decent selection for vegans and veggies.

With a view of York stretching below us, my husband and I ate Kentucky fried cauliflower and cabbage with black garlic, truffles and whipped tofu.

And between all the meals, there’s plenty in town to keep you busy.

This summer York saw the arrival of Thor’s Tipi and Yuzu Street Food on Parliament Street and the YO1 Beach Club, open until September 4.

It also has its own roller rink, as well as a vintage carousel and fairground games.

Of course, if you want to take a trip back in time, it’s easy to do, and any history buff can spend their days forgetting about the modern world when steeped in the city’s eclectic history.

York Minster Cathedral, completed in 1472 after over 200 years of work, is a magnificent site to behold with its famous rose window and unique stonework.

And if you want to go back even further in time, the Jorvik Viking Center delves into the lives of the invaders who called York home in 866 AD.

There’s a reason people rave about York when you tell them you’re going away for a long weekend: it really is the perfect mix of old and new.

They are more than likely just as damn jealous of all the great food you enjoy.