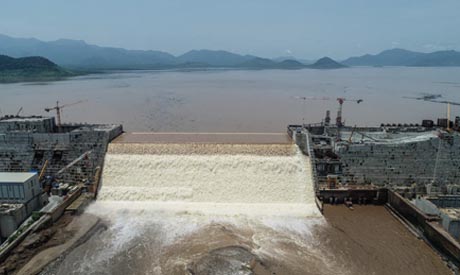 United Nations Secretary-General António Guterres has affirmed the importance of resuming dialogue on the Ethiopian Renaissance Great Dam (GERD) in a spirit of compromise, according to a UN statement.

Guterres made the remarks during a meeting Friday with Ethiopian Deputy Prime Minister and Foreign Minister Demeke Mekonnen in New York on the sidelines of the 76th session of the United Nations General Assembly (UNGA).

Guterres underscored the UN’s support for the African Union’s mediation efforts on the dam dispute, the statement added.

Egypt, Sudan and Ethiopia recently expressed their willingness to engage in AU-sponsored negotiations aimed at resolving their dispute over the mega dam Addis Ababa is building on the Blue Nile.

The UN Security Council issued a statement earlier in September urging the three parties to resume AU-sponsored talks to reach a binding agreement.

The AU-sponsored round of talks to resolve the decade-long dispute collapsed, with Egypt and Sudan expressing serious concerns over the potential impact of GERD.

Egypt and Sudan’s call for a legally binding agreement on the filling and operation of the dam was rejected by Ethiopia, which implemented the second phase of filling the dam’s reservoir unilaterally in July without OK.

Shoukry said it was important that Egypt, Sudan and Ethiopia resume negotiations on GERD in a framework reinforced by the participation of international observers, hailing the international role in this regard as “indispensable”.

Shoukry, at a press conference with Lutundula in Cairo, said Egypt had received a vision and plan from DR Congo on resuming AU-sponsored talks regarding GERD during the period to to come.

number of innocent prisoners should horrify us |