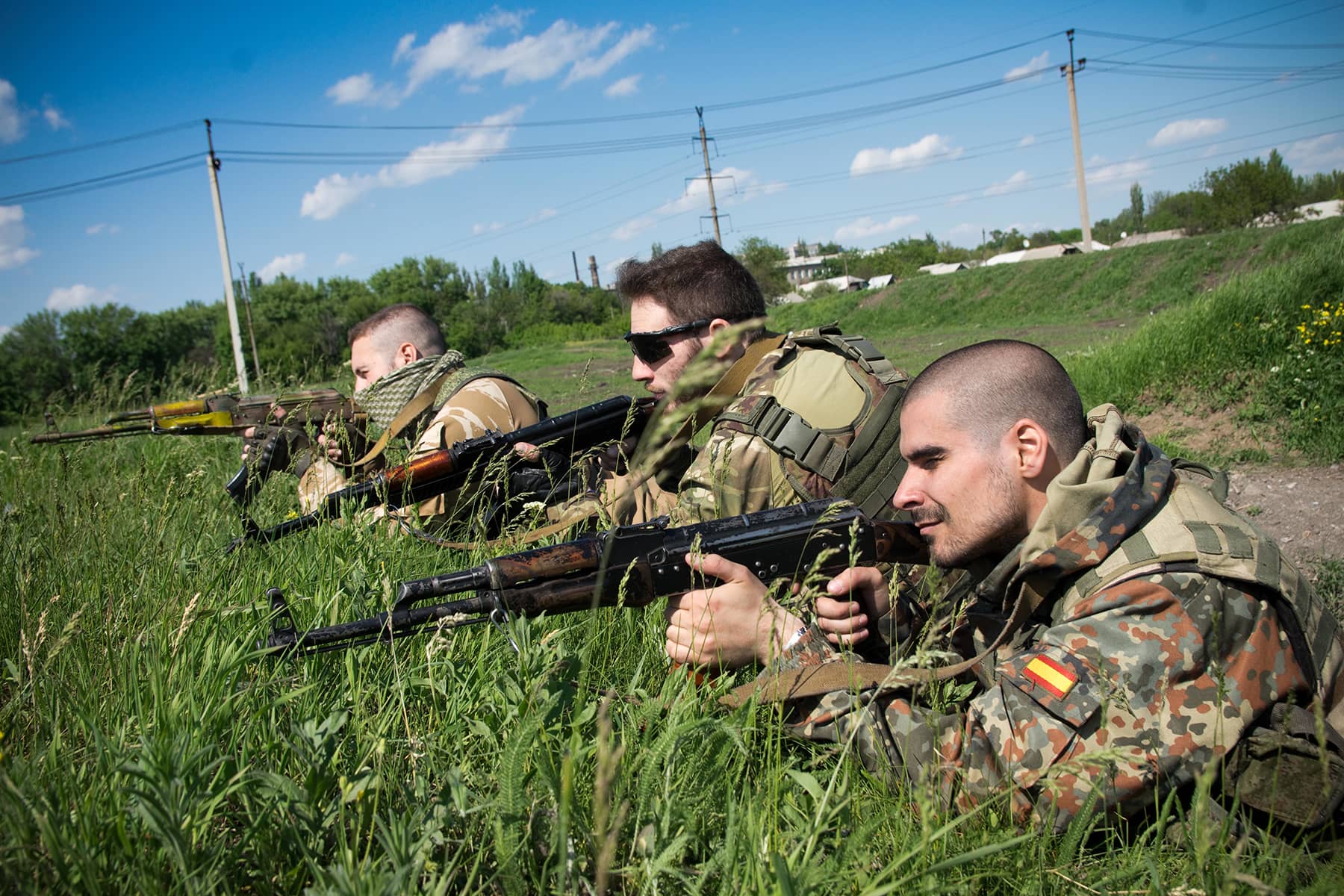 But so far the United States and its NATO allies have said they will not send troops. Nevertheless, many non-Ukrainians want to fight for Ukraine for various reasons, be they ideological, personal or political.

To take advantage of this support, Ukrainian President Volodymyr Zelensky established the International Defense Legion of Ukraine for those who wish to volunteer, including US citizens. While this particular effort may be new, the concept of a foreign legion – a military force made up of volunteers from foreign countries – is over 190 years old.

The “Foreign Legion,” or French Foreign Legion, is perhaps the most famous – and most infamous – foreign legion in the world. When it was created in 1831, its main role was to fight the colonial wars of France.

Since its formation, legionnaires born in more than 140 countries have fought under the French flag in various conflicts across Europe, Africa, the Americas and Asia. In recent years, the French Foreign Legion has been deployed in Afghanistan and in the Sahel region of Africa.

Given their lineage as an expeditionary force, legionnaires are often among the first French troops sent into a dangerous environment. Yet every year, volunteers still travel to France in the hope of enlisting.

For some would-be legionnaires, it’s about joining a particular conflict. For example, before the United States officially entered World War I, many Americans volunteered to become Legionnaires to fight alongside the Allies. In many countries, including the United States, citizens who swear allegiance to a foreign power risk having their citizenship revoked. The French Foreign Legion avoids this by requiring legionnaires to swear allegiance to the Legion itself – not to the country of France.

Legionnaires retired or on leave from active service can find accommodation and purpose to tend the vineyards and make wine at the Legion’s picturesque Provençal chateau.

There is, however, a dark side to what can feel like a romantic escape. On the one hand, the French Foreign Legion often served as a vehicle for colonial conquest and occupation. This is well known in “The Battle of Algiers”, an evocative film about Algeria’s struggle for independence and France’s efforts to suppress that struggle.

Beyond the dangers of the battlefield, legionnaires also faced sexual violence and other forms of abuse from fellow legionnaires – sometimes dying.

The use of foreign fighters elsewhere

Many countries have taken a page out of France’s playbook by allowing foreigners to serve in their armed forces. For example, in 1920, Spain founded its own foreign legion to fight in its colonial campaigns, namely the Rif War in Morocco.

During the Spanish Civil War, there were foreign volunteers on both sides: the battle-hardened Spanish Foreign Legion fought for Francisco Franco, while the Republican forces opposed to fascism organized the International Brigades, which included more than 35,000 volunteers from around the world, including about 2,800 from the United States.

Foreign fighters have played an important role in many other conflicts. During the American Revolution, several foreign military officers, including Tadeusz Kościuszko, Friedrich Wilhelm von Steuben, and the Marquis de Lafayette, made essential contributions to the fight for independence.

During the Russian Revolution, non-Russian professional troops brought valuable military expertise to the fledgling Red Army. Similarly, during Israel’s War of Independence, World War II veterans proved so indispensable that former Prime Minister David Ben-Gurion called them “the diaspora’s most important contribution to the survival of the state”.

As in France, serving in a foreign army can often help speed up the naturalization process. Non-citizen U.S. service members, for example, can apply to become citizens after just one year of service. It appears that volunteers serving in the Ukrainian military will be eligible for Ukrainian citizenship at some point in the future.

The risks of war

In June 2022, two American citizens fighting for Ukraine were captured by Russian forces and now face an uncertain future. It came just weeks after two Britons and a Moroccan were captured and later sentenced to death.

Although they served in the Ukrainian army, which under international law should qualify them for prisoner of war status, Russia says the captured foreign fighters are mercenaries rather than soldiers and are not therefore not eligible. It should be noted, however, that even Ukrainian POWs do not seem to receive proper treatment.

Ironically, Russia has been trying for several years to recruit foreigners into its own army. In 2015, Russia began allowing non-citizens to join, and it offers eligibility for citizenship after five years of service. More recently, President Vladimir Putin expressed his support for foreigners willing to join the fight against Ukraine.

Foreign volunteers on both sides of this conflict may soon pay the ultimate price – if they haven’t already.