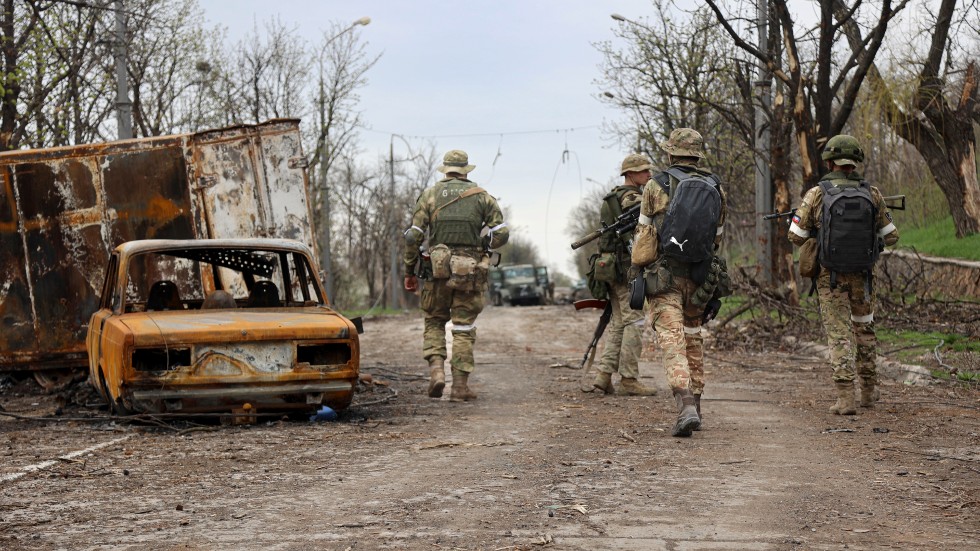 Ukrainian Defense Intelligence has released what it claims is an intercepted voice recording of Russian forces discussing an order to kill Ukrainian POWs in the town of Popasna, Luhansk region.

In a audio clip shared on Twitter by Ukraine’s Defense Intelligence, Russian officials reportedly said, “Keep the oldest one and let the others go forever.” Let them go forever, damn it, so no one will ever see them again, including loved ones,” according to a translation provided by Ukrainian news outlet The Kyiv Post and CNN.

It is not clear from the recording whether the alleged order refers to Ukrainian soldiers already captured or those who will be captured in the future.

In a message posted on Telegram, Ukrainian intelligence services called the alleged content of the recording a “manifest war crime, a brutal violation of international law”, according to Ukrainian news channel TSN.

Russia said on Friday that its goal was to take “full control” of southern Ukraine as well as the eastern region of Donbass.

Russian commander Rustam Minnekayev was quoted by Russian news agency Tass as saying that Russia was planning to take control of a land corridor between Crimea, the Black Sea peninsula that Russia annexed in 2014, and the Donbass region.

Ukrainians in the Luhansk region have been told to evacuate following Russian strikes targeting civilian infrastructure in the area.

The head of the Luhansk regional military administration wrote in a Telegram article on Monday that evacuations would take place that day from cities such as Popasna, Rubizhne, Hirske, Severodonetsk and Lysychansk.

“Evacuate now, we can still save you,” Serhiy Haidai wrote on Telegram, according to a CNN translation.

Quarter of US COVID-19 deaths could have been prevented by vaccination: analysis Legislative setbacks hurt Biden’s climate goals

The news comes as Ukrainian President Volodymyr Zelensky said on Monday that Russia had begun its battle for the Donbass region after regrouping ahead of an expected offensive there.

“Now it can be said that Russian troops have started the battle for Donbass, for which they have been preparing for a long time,” Zelensky said in a speech. “A very large part of the entire Russian army is now focused on this offensive.”

Ukraine is preparing for a new offensive in the east after Russian forces withdrew from the capital Kyiv region earlier this month.

US IPO Weekly Recap: Only one small IPO in the week after the holidays