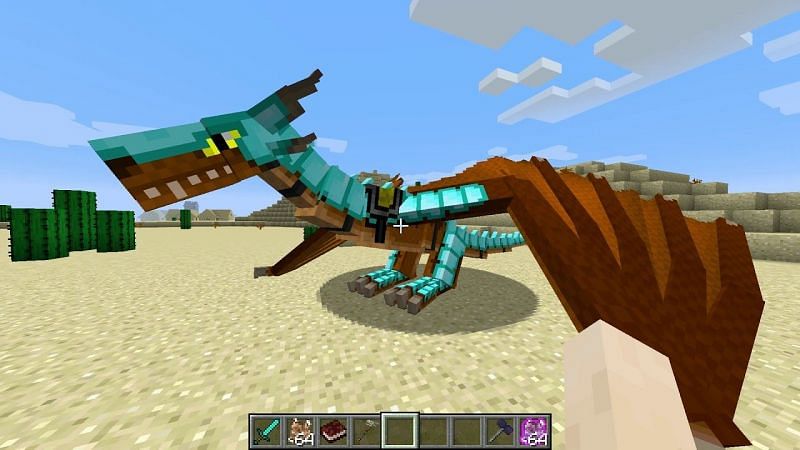 For an experienced Minecraft player, the vanilla game may no longer present a challenge. After completing the game in hardcore mode a few times, veteran players may find themselves wanting an even bigger challenge.

A popular way to add difficulty is by modifying the base game by installing one of the many community-created mods for Minecraft. Each of these mods brings different changes to the vanilla game.

There are many mods dedicated to making vanilla playing much more difficult. They add new monsters, bosses, and environmental changes. This article delves into the five hardest mods for Minecraft.

These Minecraft mods will challenge players of all skill levels

Dungeons in Minecraft can be a rather disappointing experience for many players. Suffice to say that a small underground room with a single spawner isn’t much of a challenge for any experienced Minecrafter.

Rogue-Like Dungeons is a brilliant mod that aims to revamp the entire dungeon experience for players. This is achieved by adding a huge series of different dungeons to the game with new epic structures, bosses and traps.

The Infernal Mobs mod changes the generation properties of Minecraft mobs so that newly spawned mobs now have the ability to spawn as a special mob with unique properties. These special mobs will make it much harder for players to kill them while maintaining their special abilities.

When one of these special monsters appears, players will notice a personalized “boss bar” that will display the name and detail attributes of the newly generated monster.

Those who are brave enough to kill special monsters will be generously rewarded with boosted XP and sometimes even special gear.

With over nine million downloads, Lycanites Mobs is a very popular mod that adds over 20 mobs and three tough bosses to Minecraft.

Widely considered to be one of the more complex mods, this mod is no joke and should not be considered by those new to Minecraft. The final boss of this mod poses noticeable difficulties, even for the most experienced players. Players who underestimate this mod can find themselves brutally punished.

Twilight Forest is one of the most popular Minecraft mods ever, with 52 million downloads. Its main function is to add a whole new dimension to Minecraft, filled to the brim with various unique biomes.

Each of these biomes features its own set of monsters and bosses. They are much more complex than anything one might encounter in Vanilla Minecraft.

As the name suggests, Ice and Fire Dragons aims to add many types of dragons to Minecraft. These dragons are known to appear haphazardly and can wreak havoc in new worlds.

Commonly found in villages, dragons will demolish any new players they see. Those brave enough to try this complicated mod should get rid of the hostile dragons if they find themselves equipped with less than their most powerful gear.

This article reflects the opinions of the writer.