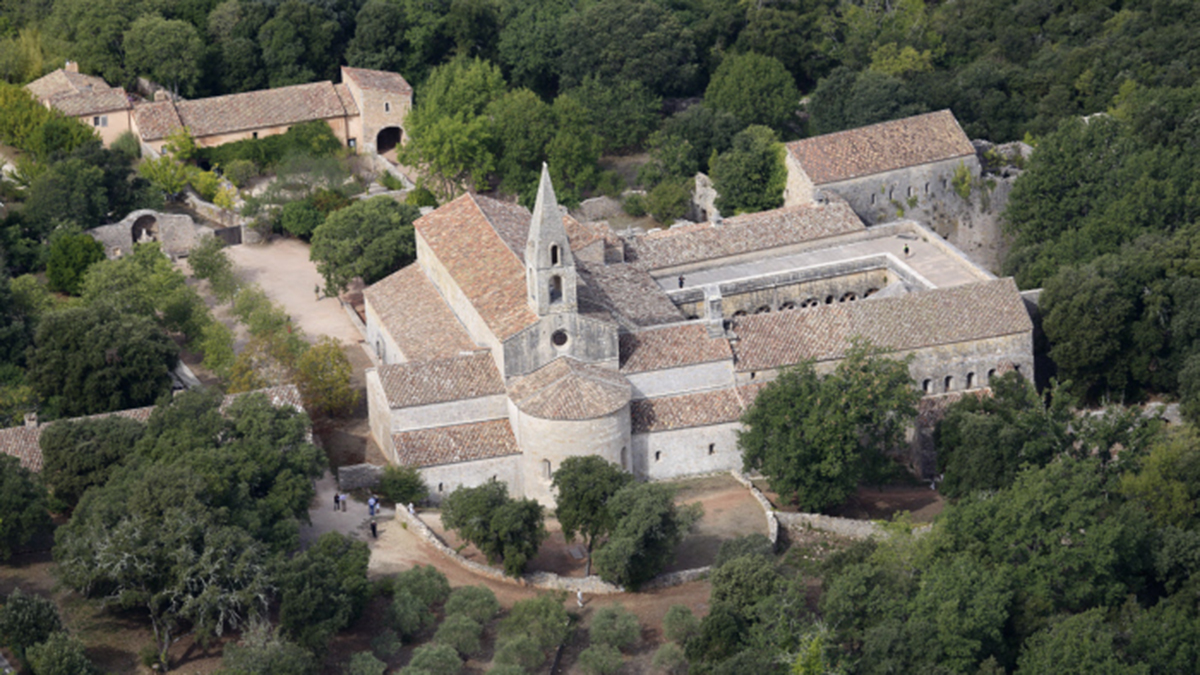 The acoustics of the church are extraordinary – the stone walls of Le Thoronet create an echo that can last up to 13 seconds anywhere in the church.

The first impression of Thoronet Abbey is one of strength and solemnity. The oldest of the three wonders of Cistercian architecture, the Thoronet, was built for order and efficiency; the heavy stone walls, the transverse arches and the pillars were rigorously and precisely assembled.

Le Thoronet is a sublime example of a 12th century Cistercian abbey.

According to the rule of work and prayer of Saint Benedict, the monastery should be built, if possible, to contain everything within its walls so that the monks do not go out. The cluster of buildings is nestled in rural Provence, nestled among oak forests, olive trees and vineyards.

Today, the Thoronet abbey is classified as a French historical monument. One of the highlights of the abbey is the church, known for its exceptional acoustics, an impressive experience for music lovers and visitors alike.

The construction of Notre Dame de Thoronet began in 1160 and was completed in 1175. The builders used the same type of stone for all buildings, achieving a distinct sense of uniformity.

The new abbey housed 20 monks and a few dozen lay brothers. The funds came from donations and the proceeds of what the monks grew in the fields and from the sheep they raised.

At the end of the 14th century, however, the influence of the abbey began to wane. The Black Death of 1348 and the French Revolution devastated Provence. Life in the monastery suffered greatly.

“Cracks and collapses in the roof, broken doors and windows,” reported the abbot at the time. The community was deeply in debt and, in 1785, the abbot signed a declaration of bankruptcy. Part of the abbey had to be sold and the last seven monks moved to other Catholic institutions.

A new chapter of Thoronet began in 1840 when the abbey was classified as a French historical monument. Serious renovations began the following year, giving Le Thoronet new life.

The church with a traditional Latin cross design was built on the highest point of the site in an east-west direction, allowing the monks to catch the sun for their morning and evening prayers.

As the church served only resident monks, a central door was unnecessary – just two simple doors used only by monks. The quality of the masonry and simplicity predominate in the church – no organ, no carvings, no decor, nothing more, just a lot of space.

What is extraordinary, however, is the acoustics of the church – the stone walls of Le Thoronet create an echo that can last for up to 13 seconds anywhere in the church. This long echo forced the monks to concentrate if they wanted to sing slowly and perfectly together, yet another exercise in discipline.

Other notable buildings include:

Cistercian monasteries built separate pavilions containing water fountains usually located in front of the door leading to the refectory. At Thoronet, the sink is a small hexagonal structure covered with a dome.

The monks pressed the olives to make olive oil and made wine from the grapes they cultivated.

The screwed olive oil press and a few 18th century wine vats that laymen used to make wines are still housed in the cellar.

The abbey is open to visitors most of the year.

The summer months are hectic at Le Thoronet. The long reverberation times make the church an ideal venue for concerts of medieval and classical music.

Each year the abbey hosts two festivals: in July, the Medieval Music Festival of Thoronet, and in August, the Music and Spirit Festival, a festival of vocal music and chamber music.

Monks, architects, lay brothers and artisans have all worked hard with genius and faith over the centuries to create and maintain this Cistercian masterpiece. Swiss architect Le Corbusier, who visited Le Thoronet in 1953, observed: “In those days of raw concrete, as celebrated, welcome and blessed as it is, it was such a wonderful encounter along the way.”