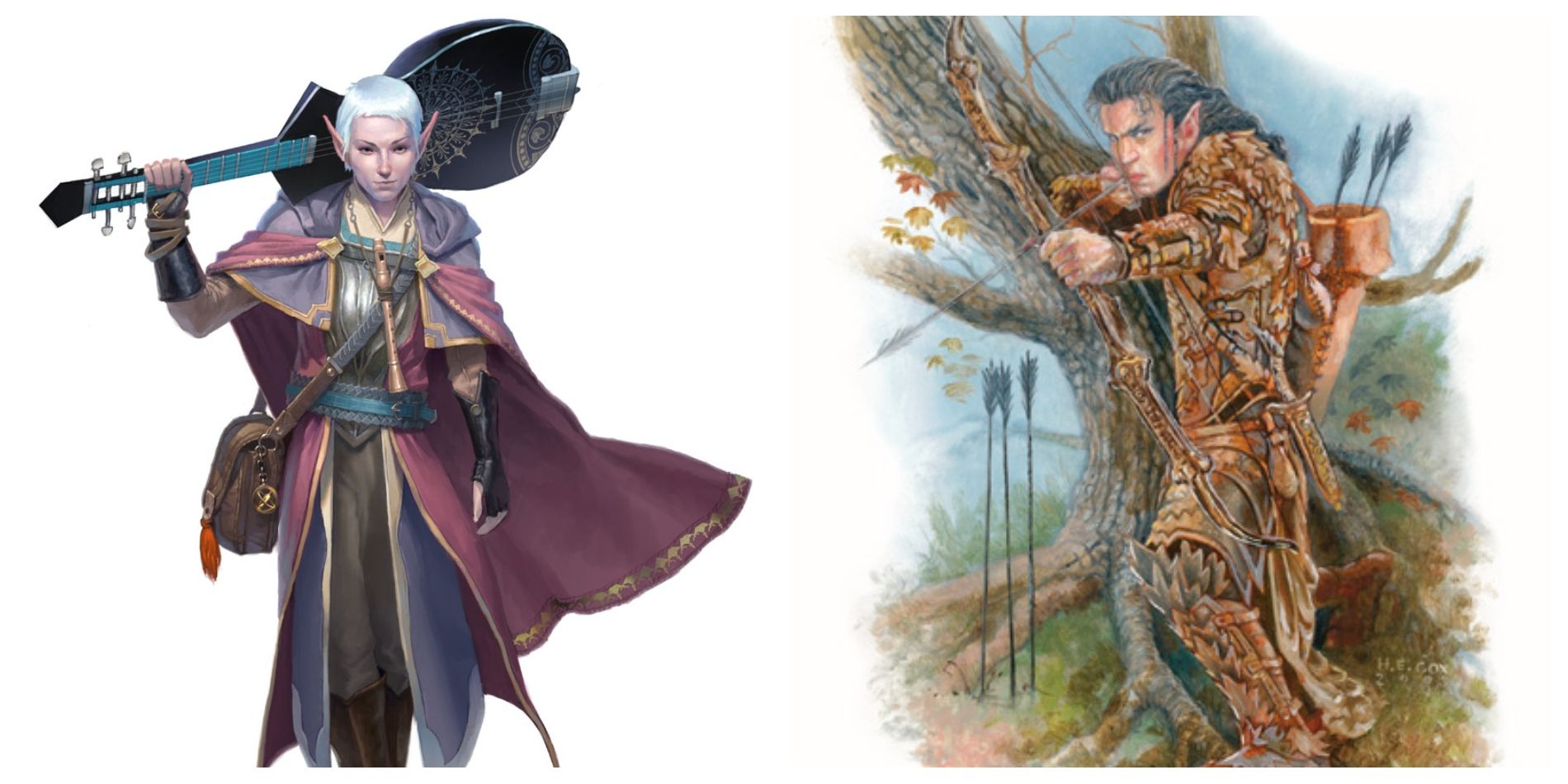 A Dungeons & Dragons combat bard provides damage close to a fighter, coupled with the versatility of expertise and a full caster.

The Bard is one of the most versatile classes of the Fifth Edition Dungeons & Dragons, but for experienced players familiar with the game’s spells, it can also be some of the most powerful. A combat-focused combat bard can keep pace with more traditional martial classes and can consistently outperform classes like Ranger and Monk. Bards achieve this in part thanks to the Weapon and Armor skills of the College of Valor, its additional attack feature, and spell lists from other classes via the Magic Secrets feature.

Ranged Combat Bard works like Ranged Devastator D&D Fighter and Rogue, though he trades in Action Surge’s peak damage for the consistency and flexibility of a full caster. The human variant allows you to start with Crossbow Expert for a bonus action attack option and negate the crossbow loading property as well as the disadvantage when firing in melee. When using a purchase point, it is essential to start with a Dexterity score of 16. In a game with low magic, a Constitution of 16 and a Charisma of 14 are recommended, but games with access to magic items such as Amulet of Health could favor a Charisma of 16 for enhanced bardic abilities and spells, and a Constitution of 14 as a fallback for the rare anti-magic field.

Choosing the College of Valor Bard subclass adds access to Martial Weapons and Medium Armor, the latter being useful at lower levels until the Bard increases Dexterity enough for Light Armor to match. to the same AC advantages. At level 6, the subclass grants additional attack functionality, corresponding to the level 5 functionality of other martial classes. Selecting Sharpshooter at character level 4 provides an option for damage rather than accuracy, as well as negating most range and cover penalties. Dexterity must be increased at character levels 8 and 12 to the natural maximum of 20, while the last two feats can go into Warcaster and Resilient: Constitution to optimize focus saves, or feats like Lucky and Tough if the group contains adequate defenders.

The Battle Bard outperforms many other damage-focused D&D versions

For bards of levels 1-8, the character can perform two to three attacks per turn with a hand crossbow after using the Bard Fairie Fire spell to cause enemies to grant an advantage to attacks, allowing damaging shots assisted by the shooter. to land more often. At 9th level, focus is best used with greater invisibility to provide an advantage. At 10th level, the bard has access to magical secrets and can learn the 5th level spell from the ranger Swift Quiver. This allows the bard to perform two ranged attacks as a bonus action, bringing her total number of attacks to four per turn. Not limited to hand crossbows for bonus action attacks, a heavy crossbow (or longbow in conjunction with Archery Bracers) can be used for slightly higher average damage. Death Ward is a solid choice for a second pick of Magical Secrets.

Later, magical secrets obtained at level 14 of the bard can add recovery spells like Healing of the D&D List of cleric spells. The Combat Bard offers competitive damage, as well as the benefits of skill expertise and the Bard’s strong spell list, which already includes powerful non-focus buffs like Freedom of Movement, Empty Mind, and True. vision. A combat bard starting at level 10, with a dexterity of 20 and a heavy crossbow +1, using the damage boost granted by the sniper and the quick quiver, will deal an average of 86 damage per turn, assuming the four attacks hit. A bard based on a longbow aided by archery bracers will take even higher average damage. In Bard 17, when level 9 spells are available, the D&D The Bard Foresight spell provides an excellent source of 8-hour non-focus Advantage on all attacks, greatly increasing the chance of attacks landing.

A player can also attempt melee combat D&D fight Bard, replacing Crossbow Expert and Sharpshooter with Polearm Master and Great Weapon Master, choosing Haste over Swift Quiver and swapping Dexterity for Strength, but this requires a finer distribution of base stats, and therefore should be reserved for high-end games. magic. Starting with a single level in Fighter could unleash the Resilience feat used for mastery on Constitution saving throws and add access to a valuable fighting style, like archery for ranged combat bards, or Tunnel Fighter for the melee version, as well as heavy armor. for melee combat bards. This puts the bard at a lag level to access the extra attack and magical secrets, which is when the Dungeons & Dragons Bard battle is really starting to shine.

Next: The Most Powerful Character Builds In Dungeons & Dragons – Armored Wizard

90 day fiancé: Chuck Potthast has another son and fans are stunned

Derek Garcia is a Game Features Writer for ScreenRant. He lives with his wife, three dogs and a possibly excessive number of video game consoles. When he’s not writing, playing video games, watching movies or TV, or reading novels or comics, he sometimes takes time to sleep. Derek majored in journalism and worked for a print newspaper before he discovered the Internet. He is a fan of science fiction and fantasy, tabletop video and role-playing games, classic Hong Kong action films and graphic novels. After being immersed in nerd culture for many years, Derek is now happy to write about the media he loves instead of just blasting his friends.

DnD: Why Paladin is the best melee class