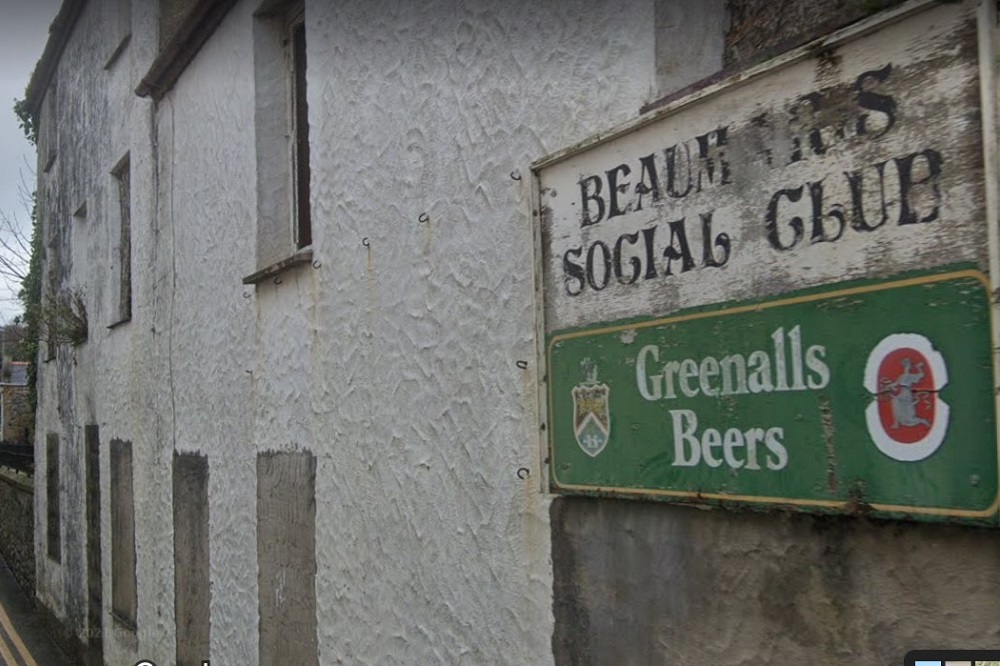 The demolition of a former social club in Beaumaris has allowed archaeologists to assess the town’s “nationally significant” medieval past.

The former Steeple Lane Sports and Social Club has recently been demolished as part of a phased works program and will be replaced by six one bedroom apartments.

Vehicles and pedestrians are being redirected from Steeple Lane, around the lower end of Beaumaris Gaol, along Rosemary Lane.

The social club had closed a few years ago after falling into disrepair.

Located near three grade ll listed buildings; Beaumaris Gaol, built in 1829, St Mary and St Nicholas Church and Iorwerth Rowlands Centre, the site is at the heart of the original medieval town.

Prior to the demolition the council had to obtain special consent for the conservation area and archaeologists were involved.

Jenny Emmett, Senior Chair of ALGAO Cymru Planning Archeology, said: ‘We have been advising Anglesey Council on this since the feasibility stage in 2018, there are archaeological conditions on the permit to to build.

“The main archaeological interest is the possible survival of the medieval walls and the city moat.

“The wall dates from 1413-14 and was demolished to build the social club; the city moat is slightly earlier, 1407, and was recorded in earlier archaeological work at the adjacent Canolfan.

“The wall and the ditch are elements of national importance, as well as for the medieval history of Beaumaris.

“It is also possible that there is medieval ‘backyard’ activity associated with properties on nearby streets.

“Several archaeological works are ongoing, but the limited access and condition of the social club buildings limited what could be done prior to site clearance.

“So far there has been an archaeological assessment on file, a construction file from the early 19e century building and test trenches.

“The trenches were aimed at finding the wall, but were inconclusive, as they had to go where there was room, rather than where we might ideally have placed them.

“We continue to work with the council and their contractors to ensure site clearance and all ground work is archaeologically monitored.

“As an archeology is identified, we will advise on how it can be protected or recorded.”

At nearby Beaumaris prison, project manager Nick Baguley said so far the works and diversion had not had a major impact on visitor numbers.

“It just means that visitors have to walk around the prison building from the opposite side.

“We have not yet reached our main tourist season, which starts from next week, we will know more then,” he added.

Visitors buying double tickets for the linked attraction, the Beaumaris Courthouse, a short walk away, were also diverted to the Church Yard and Church Street.

A council website says the completed flats will be available “for people to rent, primarily with a local connection to Beaumaris, but possibly extending to the wider Seiriol area”.

Attempts were also made to contact the Iorwerth Rowlands centre.

It’s politics as usual in Shakespeare Fest’s ‘Henry IV, Part I’, a saga of power and conflict | Arts