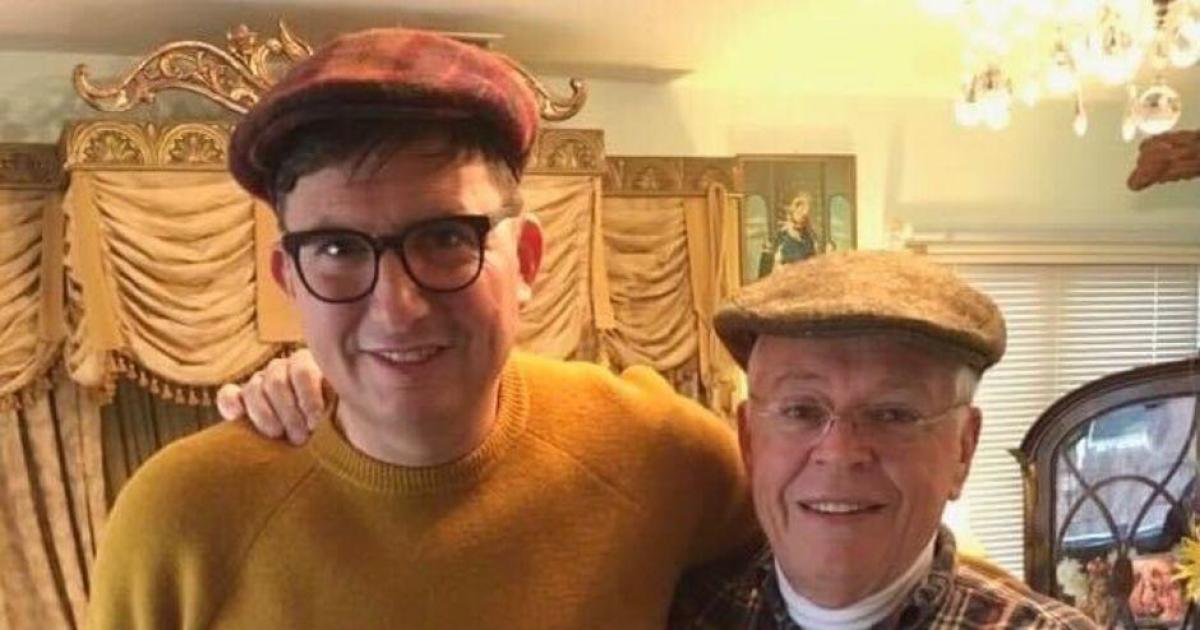 The creator of “Riverdale” pleads for the release of his father, who is a political prisoner in Nicaragua: “We have no idea how this ends”

Roberto Aguirre-Sacasa, executive producer and creator of the hit series “Riverdale”, pleads for the release of his father, Francisco, a 77-year-old political expert and former Nicaraguan foreign minister. He has been sitting for more than 60 days in Nicaragua’s infamous “Nuevo Chipote” prison, where critics of President Daniel Ortega’s government have been subjected to mistreatment and torture, according to activists and members of his family.

“The biggest fear is that I won’t have a chance to see him again, and that one day we will get a call saying he died in prison,” Roberto told CBS News in an interview.

Francisco is one of 37 people who include presidential candidates, journalists, students and others detained in Nicaragua since the end of May, according to Human Rights Watch.

Roberto detailed his family’s ordeal in Time magazine. Francisco and his wife, Gladys, who live in Nicaragua, were traveling to Costa Rica in late July to catch a flight to Washington, DC for his hip replacement. While it’s not an uncommon method of getting to the United States, Roberto said, the couple were stopped at the Nicaraguan border and had to turn back to Managua. During their return trip, the authorities arrested him and let Gladys go.

A few days later, Nicaragua the national police said he was under investigation into a series of charges related to his allegedly requesting and accepting foreign funds to engage in anti-government activities and calling on foreign countries to intervene in Nicaragua’s affairs and invade the country.

While Francisco regularly wrote opinion columns in a nicaraguan newspaper, Roberto told CBS News he had no idea what prompted authorities to arrest him except that it “came out of the blue.”

“The only thing I can say is (…) the closer we get to the Nicaraguan elections, the more paranoid and ruthless the regime has become,” he said.

Ortega, who has been accused of human rights violations in the past, is running for his fourth consecutive term on November 7 and in recent months efforts to silence his critics have intensified. According to Human Rights Watch, police cited provisions in a recently passed law arrest Francisco and others, who are considered “traitors” under the law. Tamara Taraciuk Broner, acting deputy director for the Americas at Human Rights Watch, told CBS News on Monday that the country’s judicial system has been used to prosecute opponents and that it has “no judicial independence.”

“This is part of a much larger attempt to concentrate power in a country without any checks or balances,” she said, adding that Ortega and his wife and vice president Rosario Murillo were trying to take hold. more power in government after the huge 2018 anti-government protests.

Since Francisco’s arrest, Gladys has tried to deliver food, water and medicine to the prison, but is refused. However, she saw him once for just 10 minutes, in a meeting that was being taped, Roberto wrote in Time. Francisco had lost weight, appeared confused and told his wife to stop trying to send him anything because he was not receiving anything, Roberto said.

Roberto’s family is not the only one to denounce the conditions of Nuevo Chipote. In a joint statement by the families of political prisoners in September, they described the conditions: Physical deterioration of detainees, frozen cells, lights on for 24 hours, lack of regularity in the administration of drugs, cells not meeting international standards and lack of access reading material. Some of the jailed family members, they say, have been held in solitary confinement for two months.

“All of these extreme conditions to which our unjustly imprisoned family members are subjected constitute acts of torture,” they said. “We are deeply concerned that these conditions can cause irreversible damage, both physically and psychologically.”

Broner said the United States, the European Union and the United Nations must press for Nicaragua to be held to account.

“I would say that concerted international pressure is essential to send a clear message that this is not tolerated by democracies around the world,” Broner said.

In a bipartite letter addressed 14 Senators to Secretary of State Anthony Blinken on Friday called for redoubled efforts to release at least 150 political prisoners in Nicaragua and urged the Biden administration to expand the use of sanctions. Lawmakers also called on UN Secretary-General António Guterres and other UN entities to “encourage sustained international review and condemnation.” The EU has imposed sanctions against several people “Responsible for serious human rights violations” in Nicaragua, including Murillo, in August.

Roberto is very close to his father and told CBS News it was “heartbreaking” not to know how he was – or if he would ever see him alive again.

“We have no idea how it ends,” he said, fearing that he would be held up indefinitely. “The elections will be held in November. I suspect Ortega will win because there is no credible candidate against him, and then what will happen?”

“If I have a moment to breathe, I think about what my father is doing at that time,” he added.

Still, Roberto and his family try to stay optimistic. He remembered the last series of conversations he had with his father: he was finally moving 15 giant boxes of comics he had left in his parents’ house in Virginia.

“It’s kind of a family joke for 25 years that my comic book collection has been around,” he said. “I look forward to his thoughts on this when I see him again.”

Christopher Brito is a social media producer and trends writer for CBS News, focusing on sports and stories that involve issues of race and culture.

D&D 5e: The best wizard build in the dragonline

Revue “Actraiser Renaissance” – Do you believe in divine miracles? – TouchArcade