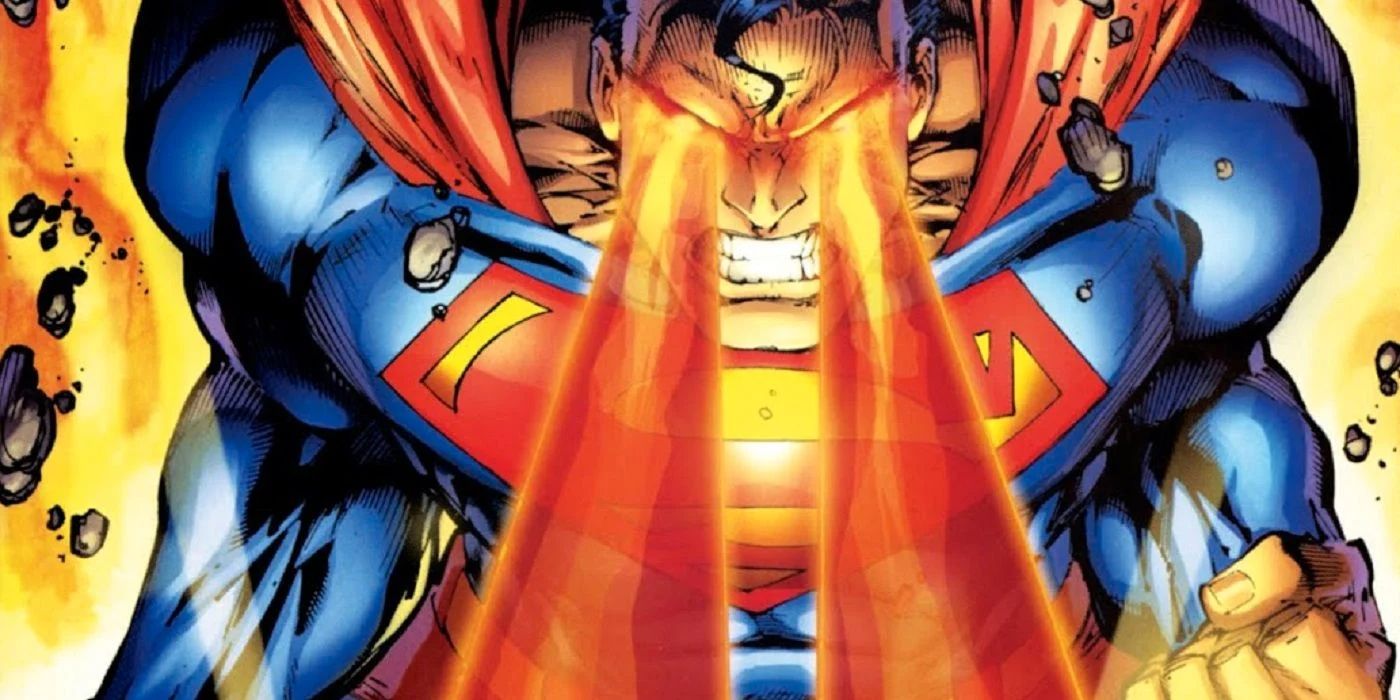 After Kryptonite, the magic is Superman’s main weakness, and in a medieval kingdom on an alternate Earth, House El has declared war on all users of magic. In Dark Knights of Steel # 2, on sale now in print and digital, readers learn that magic users have vanished in the kingdom ruled by Jor-El and his family, leading Black Lightning to conclude war is inevitable.

Dark Knights of Steel begins with a fascinating premise: what if not only Kal-El was able to escape the destruction of Krypton, but his entire family as well? The family crashed into England in the Middle Ages and quickly established themselves as rulers, albeit wise and merciful. Kal-El grew up on Earth, raised alongside Bruce Wayne, and the two are friends. Not everyone is happy with the rise of the House of El, including Jefferson Pierce, aka Black Lightning, who rules the Storm Realm. John Constantine, the magician of Pierce’s court, has foreseen a terrible future, involving House El, and now Black Lightning must stop him. He employed Green Arrow (referred to here as “the green man”) to aid him in his fight against House El; in the previous issue, Arrow murdered Jor-El, hitting him with an arrow laced with Kryptonite.

In Dark Knights of Steel # 2â€”written by Tom Taylor, with illustrations by Yasmine Putri, colors by Arif Prianto, and letters by Wes Abbott â€” Green Arrow reports to Constantine that Jor-El is dead. Constantine breaks the news to Black Lightning, who watches her two children use their powers. After relaying the news, Constantine tells him that he’s not sure it’s a good idea, and that Els look nice. Black Lightning tells him that all magic users in their kingdom are gone. Later, as Harley Quinn (the jester of El’s house) and Bruce leave the castle dungeon, readers see some of their prisoners, including Blue Devil and Detective Chimp, both endowed with magical powers. Readers learn that these prisoners were locked up despite not having committed any crime.

Imprisoning the users of magic may seem out of character to Superman and his family, but on this Earth he has never had the influence of Ma and Pa Kent to make him more human and teach him empathy. The House of El seen here is entirely Kryptonian and is not subject to Earth morals and laws, such as due process. Jor-El tried to rule wisely, but actions such as imprisoning users of magic have alienated the realms around him, and they are now preparing for war. Additionally, Jor-El’s actions have robbed those of his own kingdom of rights – Harley Quinn rightly calls out for this behavior, but Bruce ignores it.

However, Bruce and Superman won’t be able to ignore the magical users of their dungeon for long. Constantine’s prophecy draws closer to reality with each passing day, and the prisoners of House El will undoubtedly have a role in the local horrors.

Next: Superman Uses Maci To Replace His Lost Superpowers

Shaun Corley is a pop culture enthusiast living in the Pacific Northwest. After working in both customer service and academia, he turned to writing comics, his lifelong passion. He graduated from Radford University, with a degree in English. When he’s not reading comics, he enjoys spending time with his fiance and their dog.