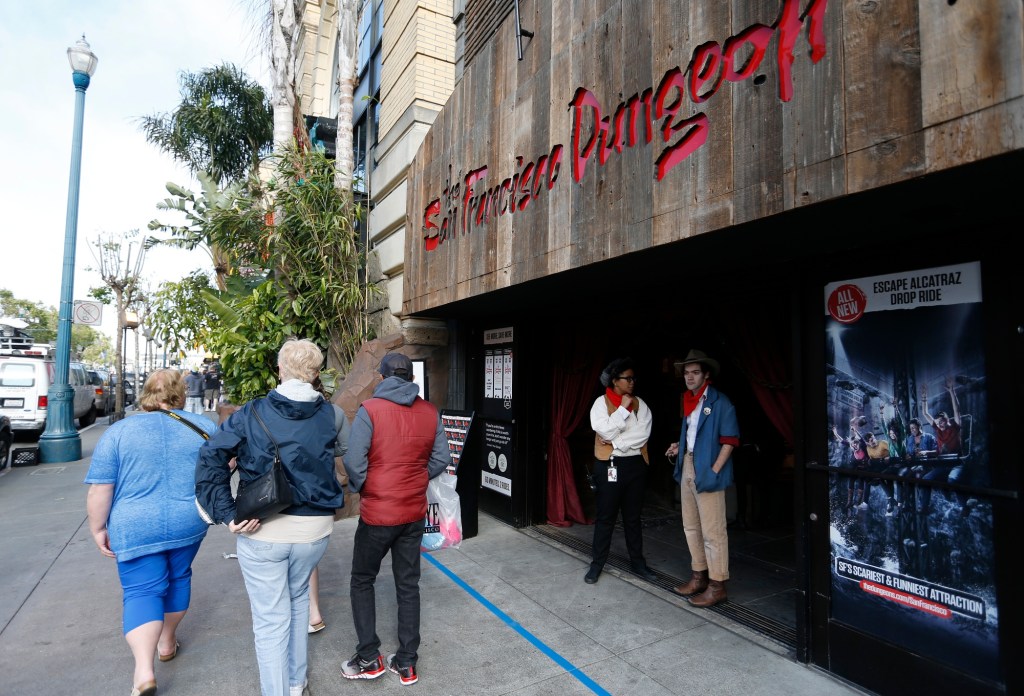 The San Francisco Dungeon has scared off its latest tourist.

The spooky attraction, which began attracting visitors to its Fisherman’s Wharf site in 2014, announced on its website that it was closing permanently.

“Like the Gold Rush of 1849 and a saloon brawl, all good things must come to an end! The San Francisco Dungeon has told its final stories and is now permanently closed,” read a statement on thedungeons.com/san-francisco/.

The Dungeon was a popular draw for tourists and thrill seekers for years, offering several spooky/unsettling sights that all drew inspiration from the history of the San Francisco Bay Area at its location on Jefferson Street.

Attractions would have included the lost mines of Sutter’s Mill, where visitors pan for gold in a maze-like structure; the San Francisco court, where people were questioned by former mayor/judge “Mad Meade”; Shanghai Kelly’s Boat Ride, which chronicles the lives of those sold to work as sailors; and the Ghosts of Alcatraz, which was a recreation of the 19th-century Alcatraz military prison.

Although the dungeon run in San Francisco has come to an end, organizers hope brave souls will continue to be drawn to the dark delights of other places.

“But, be warned, like the ghosts of Alcatraz, our mischief may find new ways to haunt you,” the statement on the website reads. “To verify www.thedungeons.com for our other locations.

The San Francisco Dungeon was one of many places Merlin travels around the world. There are also six Dungeon locations in the UK and three in Europe, as well as one in Shanghai. Each of the locations tells stories about the history of the towns/regions where they are located.