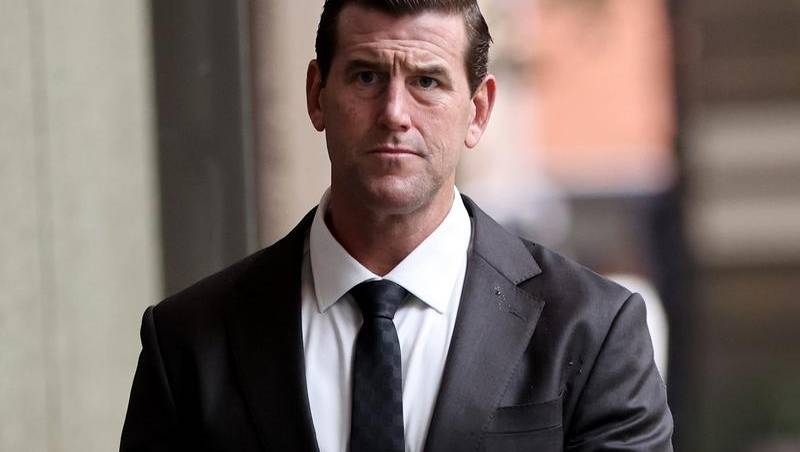 A former SAS corporal told Federal Court he saw Ben Roberts-Smith open fire on an Afghan prisoner before asking a comrade if he had just witnessed an execution.

The witness codenamed Person 24 spoke on Monday about an April 2009 mission to a compound called Whiskey 108 in Uruzgan province.

The witness testified that he saw Mr. Roberts-Smith come out of the enclosure holding a prisoner in his hand parallel to the ground.

“It looked like he had unhooked,” he said, held either by his pants or the back of his shirt.

He said the Victoria Cross recipient came out of the compound and dropped the man to the ground before immediately opening fire “with a burst of machine gun fire from his back”.

After Mr. Roberts-Smith stopped firing due to a weapon ‘stop’, he returned to a building and Person 24 said he turned to another soldier whose name was code was Person 14.

“Did we just witness an execution? he remembers telling Person 14.

The 43-year-old is suing The Age, The Sydney Morning Herald and The Canberra Times for defamation over reports he committed war crimes and murder in Afghanistan between 2006 and 2012.

Person 24 said he saw Mr. Roberts-Smith unload eight to 10 rounds on the prisoner.

The incident was “right in my sight,” he said, adding he couldn’t have missed it.

In February, Person 14 testified to noticing three Australian soldiers and a black figure outside the same Taliban compound.

One soldier raised his Minimi and fired a prolonged burst, Person 14 said.

Mr. Roberts-Smith testified that he killed an insurgent within the rules of engagement.

On Monday, Person 24 said he thought ‘it is extremely unfair to see how this has happened’ to Mr Roberts-Smith.

“I disagree with the fact that (Mr. Roberts-Smith) is here, under extreme duress for killing bad guys that we went there to kill,” he said.

But he was in court to testify in support of a comrade – Person Four – who was “affected negatively by blood”.

Before the team embarked on the mission, Person 24 recalled sitting with his teammates at Australia’s Tarin Kowt base when a patrol commander nicknamed Person Five appeared.

“He was in a jovial way, jigging a bit on our doorstep and he said ‘we’re going to bleed the rookie’.”

The phrase refers to giving a junior soldier their first combat kill.

Newspapers seeking to build on a defense of the truth, allege Mr Roberts-Smith stood by while the young soldier codenamed Person Four was ordered to execute the one of two prisoners found in a tunnel.

Person 24 said that before he saw Mr Roberts-Smith execute the Afghan man, he heard Person Five yell at Person Four to be with him inside the compound.

Before the troop went to their base, Person 24 said another soldier had stowed the prosthetic leg found on the body of a dead prisoner in his backpack.

He confirmed that he drank from the fake leg labeled Das Boot, on several occasions.

“I wouldn’t give this evidence in court if it was false, I just took an oath, Mr. Moses,” he replied.

He also denied speaking to the media, saying he disagreed with other soldiers doing so.