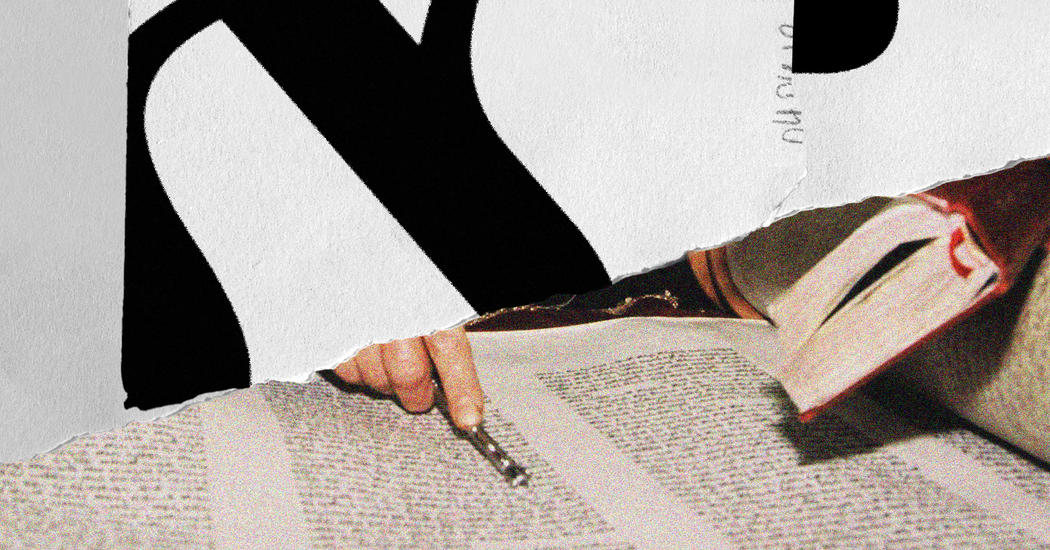 Reviews | In the Jewish tradition, the words we choose are important

The Torah begins with the world created by words. “Let it be” is the recurring refrain. God names each element – Light. Day. Night. Darkness. Earth. Sea. Paradise. From this emerges the concept that words can build or destroy.

Words matter. Each letter of the Torah is believed to have a meaning and each word is essential. There are no errors. The idea of ​​precision is so important in the Jewish origin story that we have pages of commentaries, stories, explanations, and laws when an extra letter is added to a sentence. While some critical Torah readers define extra letters, words, and redundancy as scribal errors, there is a deep spiritual practice of combing through phrases, repetitions, and words. We find meaning to justify each sentence; each sentence justifies its meaning.

It’s hard to reconcile this deep relationship between word and meaning with a 21st century culture that uses words as if they don’t matter. Last week, the Jewish world erupted after Whoopi Goldberg, a co-host of “The View,” used misinformed words on the show to describe the Holocaust, saying genocide was “not a question of race” and was, instead, essentially a case of infighting between two groups of white people. A flurry of conversations, articles and rage emerged in response. The words evoked fear and thoughts of anti-Semitism, and revealed ignorance of the race’s history (and genocide).

The Talmud teaches: “The world exists only in the merit of the person who holds back at the time of a dispute” (Chullin 89a). Words create stories. Words have the ability to disrupt, provoke and uproot, and in a divided world they can do terrible damage. Constructing false narratives about Jews – or any other group for that matter – can be destructive. In Nazi Germany, Jews were first dehumanized in words as they were depicted as rats, defiling society. Dehumanizing another using words can help categorize a people as less than, thereby normalizing horrific acts. Of course, the Jews weren’t the only ones who were leveled by words. Indeed, throughout history, efforts to separate cultural, religious, ethnic or racial groups from one another – think of Rwanda or the Balkans – have often started with dehumanizing descriptions and then crumbled. Words can highlight vulnerability and trigger an attack.

Although Ms. Goldberg had no intention of denying the Holocaust, the knowledge gaps she was forced to fill revealed a different lack of understanding: the degree of trauma that Jews carry all the time.

Since the Pittsburgh synagogue shooting in 2018, the need for increased security has heightened the sense among Jews that we are in existential danger. We have a history as a people of not being fully accepted in the places we call home. There is a weariness and mistrust in the Jewish community; just like with other minority groups, there is a feeling of never being able to rest.

How can we? Just two weeks ago, a man entered a synagogue in Colleyville, Texas, and terrorized a rabbi and three worshipers for 11 hours. The following week, in Washington, DC, the city where I live and worship, the city’s iconic train station was defaced with swastikas, and two Chicago synagogues and a Jewish high school were vandalized. Each incident pulls us back, darkly echoing for us the racist narratives that have targeted Jews throughout history and in the not so distant past, causing us to lose, at various times, our right to citizenship, our right to work and finally our right to live. This year, the Church of England promised a formal apology would be issued to Jews for medieval anti-Semitic laws that led to their expulsion in 1290. Groups in Britain say the history of anti-Semitism in this country, triggered 800 years ago, has a shadow to this day.

Let’s be clear: we are, thank God, certainly not in a time that resembles 1937 Germany or medieval England. But there are good reasons why our the community has never been able to calm our fight or flight instinct. This is why the moments of misunderstanding projected from a national platform – not to mention the terror of the synagogues – are never about just one incident. They evoke a traumatized past that never healed.

Jews care not only about words that hurt, but also those meant to soothe. Mrs. Goldberg’s Apology — “I said the Holocaust was not a matter of race but rather of man’s inhumanity to man. But it is definitely about race because Hitler and the Nazis considered the Jews an inferior race” – has itself been dissected and analyzed. Did it go far enough? Had his original words had more impact than his apologies? Did this represent a real teshuvah, a real desire to atone, through understanding? I think so. I believe there should be room for error and excuses in our society.

Teshuva is the process of regretting, renouncing, confessing, reconciling, and making amends. Ms. Goldberg regretted her words, backed down from what she said, confessed in public, reconciled by educating herself on national television and sought to make amends. “Teshuva shleimah” – a full teshuvah – is when we are in the same situation again and choose to act differently. We then know that our internal work has taken effect.

Jewish tradition asks me to keep my tongue, to pay attention to what I say, to the promises I make. If these promises are spoken with the name of God, I must perform the actions promised by my words. In this age of social platforms influencing millions of people, pausing before speaking and taking the words seriously might not be such a bad thing. Indeed, he could do the work of repairing the world.

In a first, a former prisoner sits in the New York State Assembly | The mighty 790 KFGO

10 money mistakes and how to fix them