Renaissance now! Bitcoin will lead to a creative resurgence

Art and design will thrive under a bitcoin standard as the extension of time preferences occurs on a large scale.

At BitBlockBoom in August 2021, American Hodl prompted audiences to think about how we, as the future wealthy elite, will allocate our resources for the benefit of future generations. His main point was to stress the importance of making wise investments in a healthy cash economy, because if someone wastes their bitcoin on reckless ventures, they will not get that bitcoin back. Although American Hodl did not share his own ideas on the types of things Bitcoiners should invest in to advance humanity, his question was an important investigation into the values ​​of Bitcoin users and his speech received a standing ovation.

Likewise, in a recent episode of the “What Bitcoin Did” podcast, Parker Lewis shared, “The main difference [between Bitcoin and the current monetary system] is, to get bitcoin you have to offer value in the open market. If you were to acquire money in this monetary system, you have to offer value to someone on the other side. In the Fed system, 80% of all dollars that have been created have been created since 2008. So in the dollar system this is fundamentally not true. You can either get dollars by offering value to someone else and be compensated, or the Fed will step in and allocate dollars. The current system is not conducive to creating value with the Federal Reserve as the buyer of last resort. When we switch to a bitcoin denominated system, only those who create value will be rewarded. As Bitcoiners, we will have the opportunity to allocate our resources to businesses that align with our principles and bring value to the world.

So what are the core values ​​of Bitcoin users?

Bitcoiners come from all walks of life and have many different values. That being said, the underlying value system that all Bitcoiners seem to share is that of individual sovereignty, fiscal responsibility, and low time preference in saving money.

These values ​​combined and then actualized into Bitcoin money will generate compound financial wealth and power that can be distributed to support creative and innovative technologies, power generation, and art. Much has been written about the innovative technology and energy use of Bitcoin. Bitcoiners have proven time and time again that using Bitcoin network energy not only encourages innovations in renewable and efficient power generation, but also improves the security of the Bitcoin network to protect the first truly open financial system and decentralized. If you want to learn more about Bitcoin’s energy consumption, I recommend you check out the writings of Nic Carter or this article by Lyn Alden. Since there are countless articles demonstrating this advantage, the aim of this article is to offer another advantage that Bitcoin will have over humanity: a major resurgence of all art media as well as a flourishing of infrastructure. peak.

The initial phases of what appears to be an art revival are gaining popularity in the Ethereum community with NFTs. I think this is a false equivalence to the art collection and rather similar to the collection of baseball cards, stamps and figurines. People spend millions of dollars on glorified JPEGs. Bored Apes is another NFT fad where people are willing to spend huge amounts of money on rare editions. Getting a Rare Bored Monkey seems like opening a deck of Pokémon cards and finding a Hologram Charizard card, although Bored Monkeys are created digitally using rare programmatically generated features instead of being released through traditional means. physical production and distribution. Original physical art can be turned into tokenized NFT, and NFTs can be converted into physical art.

While there may be some intrinsic value in NFTs due to their digital scarcity, and especially when created by artists using original artwork, there is a common joke among them. cynics where they right click to save the image and “own” it. This craze for digital scarcity is an example of low misplaced time preference when it comes to art. As Erik Voorhees tweeted: “NFT value is due to aesthetic and cultural desires and scarcity.” Yes, there are current cultural desires for these aesthetics but are they timeless like “La Joconde” or “La Nuit starry”? Will someone’s rare CryptoPunk ever be on display in a museum? I’m guessing the fervor for this type of art will fade and we won’t see these NFTs on display anywhere except maybe at a niche Comic Con event. With a lower time preference, the Bitcoin elite will be incentivized to sponsor artists whose work can and should live on for future generations to appreciate and admire.

Return to BitBlockBoom. During the conference, Marisa Jean Angeli presented her magnificent work on the theme of Bitcoin. It was the first original, non-digital artwork I saw that was linked to Bitcoin and many of its coins sold at the end of the weekend. Another Bitcoiner I met designed Hodlsmith watches, a limited series of high-end personalized watches that could have a Casascius coin (used or not) on the back. Michael Saylor frequently appears in video interviews and podcasts sitting in front of a breathtaking full knot sculpture by FractalEncrypt. These extremely limited sculptures capture historical snapshots of time throughout Bitcoin’s history. These are just a few examples of amazing Bitcoin artwork that people are willing to spend large sums of money on. The other day, a statue in honor of Satoshi Nakomoto was unveiled in Budapest, Hungary. The idea was brought to life by a team of Hungarian Bitcoiners. This statue is a great representation of how a group of people who want others to appreciate and recognize the value created by another were willing to part with some of their precious sats in order to fund a project that will be on display to the public.

This artistic revolution is not limited to fine art and sculpture. Another great example of a different artistic medium is the documentary “This Machine Greens” which was presented by Swan Bitcoin last week. The film was funded entirely in bitcoin by the Bitcoin community and focuses on the energy innovations mentioned earlier. Bitcoin’s advantage is also making its way into other mediums. Music on Bitcoin is already on streaming platforms, with rappers among the first to make songs of it. Although he hasn’t done any songs about it, rapper Nipsey Hussle (RIP) was one of the early adopters of Bitcoin and spoke about the benefits of Bitcoin to XXL magazine. Breez Wallet and Sphinx Chat figured out how to directly support content creators by allowing listeners to stream sats directly to podcast makers. This will have a huge effect on the ability of artists to create original content and profit from it directly, instead of receiving $ 0.004 per stream from Spotify.

Once we reach hyperbitcoinization, when bitcoin is the primary medium of exchange and the unit of account, how much money will Bitcoiners be willing to spend on art that is not directly related? to Bitcoin? How else will a bitcoin-denominated company create opportunities for the arts to thrive? It is possible that we are witnessing another period similar to the Renaissance where wealthy families, mainly the Medici, sponsored artists by paying them commissions in advance. It is not difficult to imagine how the appreciation of low time preference would encourage individuals to invest in works of art that will last beyond their lifetimes.

With wealthy Bitcoiners ready to allocate resources to the arts, we can move towards a more aesthetically appealing future that includes more than traditional art styles. The patronage of the Medici family extended beyond the patronage of artists to also facilitate the completion of important architecture, leading to the construction of galleries, gardens, chapels and squares. Many Bitcoiners often talk about living in a community within Bitcoin “citadels”. The idea being that Bitcoiners will live with other like-minded families in a protected structure. The design and construction of these buildings in the future can be created by supporting pioneering architects who take into account regenerative power generation and heat production. For example, supplying the ASICs with hydroelectricity and using the heat produced by the miners to heat the houses, jacuzzi, greenhouses and more. We have only just begun to scratch the surface of how these tools can be used in harmony with design principles to fabricate completely self-contained, off-grid systems. Imagine a world where the byproduct of bitcoin mining can provide additional use beyond guaranteed monetary support from a global financial system.

Thinking of the future, what kind of world do we want to develop, create and promote? Who will design the citadels? How will we decorate the walls? What skills add real value to our lives? The question of how to allocate resources is a question we should start thinking about now. When hyperbitcoinization occurs, we must be prepared to use our amassed wealth in a calculated and judicious manner. Not only by investing in things that will make us more bitcoin, but also by supporting causes that will make the world a better place. Works of art, architecture and general innovation that align with our individual values ​​are a great area to focus on. For my part, I can’t wait to see how art thrives in a bitcoin-denominated world.

Will Clement eloquently sums up these beliefs: “Fiat prompts short-term thinking, subconsciously creating materialism / instant gratification. Bitcoin encourages long-term thinking, leading people to create and innovate. Now apply this framework from an individual level to the whole of society. The renaissance of Bitcoin is near.

Note: The title of this piece was inspired by the episode “Fuck Your Great Reset” from the “Wake Up Podcast”. 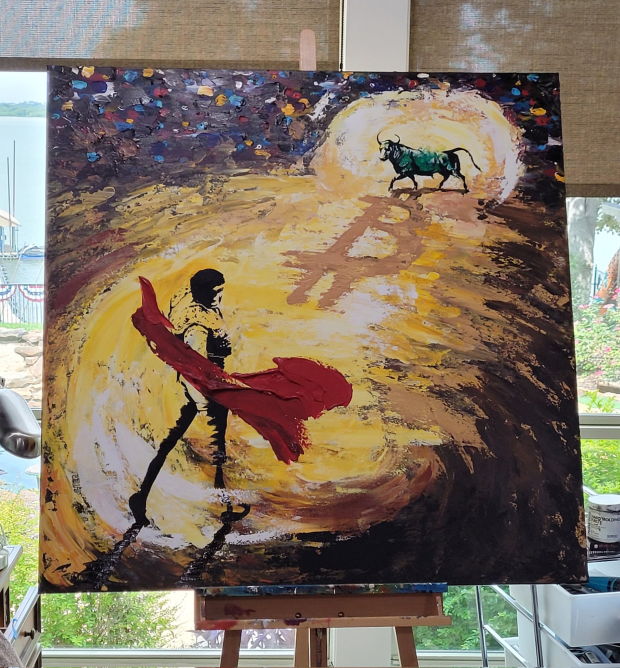 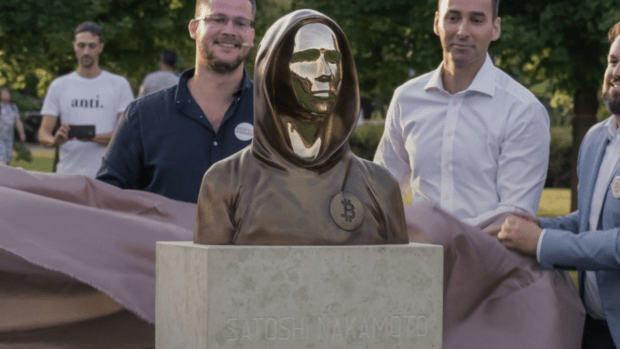 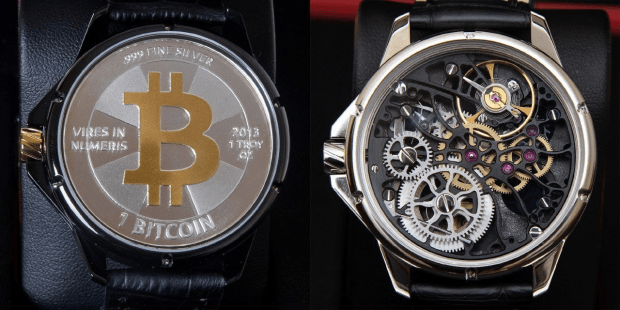 The back of a Hodlsmith watch with Casascius coin (left) and without (right).

This is a guest article by Craig Deutsch. The opinions expressed are entirely their own and do not necessarily reflect those of BTC, Inc. or Bitcoin Magazine.

$ 36.48 million in expected sales for SmartFinancial, Inc. (NASDAQ: SMBK) this…

The world’s most exciting exhibitions in 2022