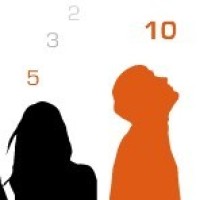 In a recent nightmare, 8-year-old Jovina dreamed that her father had contracted COVID-19. He was getting sicker and sicker, but she and his mother couldn’t make it in time. “There”, in his father’s case, is a cell in the California Correctional Center (CCC) in Susanville, California, nearly 300 miles from his place of residence in San Jose.

In Jovina’s mind, there is a swarm of worries about her father’s well-being, her mother Benee Vejar reports. If an earthquake shakes the Bay Area, Jovina says, “What if the building crashes into him? When she sees him on one of their rare, short video calls, her concerns increase for his well-being. She “collapses” if he takes off his mask, repeatedly asks her to wash his hands and tells him how much she longs for his hug, stating on a recent call, “Daddy, I want to hug you. so strong !

Recently, Jovina refused to touch her food, telling her mother, “I don’t want to eat. I don’t feel so good today. I miss my father. When can we see it?

A short moment of waiting and torment later, and after 15 months without being near him, a joyful visit with his father took place in June. However, like other children whose parents are incarcerated in California and the country, Jovina has no clear idea when she will be with her father again.

Over the past year and a half, Jovina has had to deal with the added pressure of experiencing a global pandemic, which, until recently, has completely cut off family visits. But she was already grappling with the unpredictable and overwhelming stress of being separated from her father because he is incarcerated.

Jovina is one of more than 5 million children in the United States who have had a parent incarcerated at some point in their childhood, according to Children’s trends. Experiencing separation from a parent due to incarceration has long been identified as childhood trauma in the Centers for Disease Control and Prevention / Kaiser Permanente Adverse Childhood Experiences (ACE) Study. The study linked this type of trauma and nine other types of childhood trauma to chronic health problems in adulthood.

The separation is excruciating for the parents too. Formerly incarcerated Philip Melendez of California echoed the sense of hopelessness.

“I haven’t seen my family for a year and a half, and felt like I was slipping away,” he said earlier this year at a public meeting on family visits led by the attorney general. from California and former Assembly member Rob Bonta. Melendez, who has been out of prison for 3 years after serving a 20-year sentence, said family visits were a lifeline for him: “[My family] kept me focused on what to do to get home.