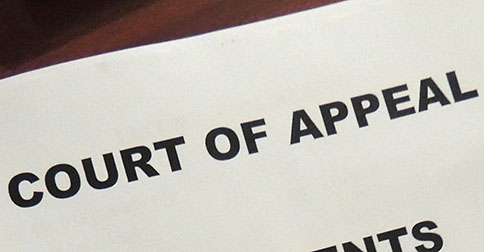 Recidivist Pangi Puloka (47), who is currently in prison, was unsuccessful in his appeal against conviction for drug offenses.

Puloka appealed his conviction primarily on the basis that there was not enough evidence on which the trial judge could have found him guilty beyond a reasonable doubt. There was no appeal against the sentence.

On October 1, the court dismissed his appeal against the conviction, after ruling that the judge had a sufficient basis for the conviction.

He was appealing his conviction by Judge Langi, following a trial for possession of illicit drugs, namely methamphetamine and cannabis seized on April 19, 2019.

He was jointly charged with Faka’osi Katoa, who was also convicted of the same offenses and both received prison terms. Three other people tried with them were also sentenced.

In its judgment, the Court of Appeal stated that much of the evidence requested from the prosecution at trial was not in dispute.

On April 19, 2019, at around 11 p.m., police received reports that drug trafficking was taking place at Puloka’s residence. Upon arrival, the police established that there were numerous vehicles parked at the residence.

The decision was taken to search the premises without a warrant under the Tonga Police Act and although the validity of the search was challenged at trial, there were no issues in this regard on appeal.

When police arrived at the address accompanied by members of the tactical task force, they entered what has been described as a compound to secure the area.

At the rear of the compound, a trailer (also described elsewhere as a caravan) was located in which Puloka lived. There was also another caravan occupied by a fourth accused and his girlfriend. Next to the two trailers was a shed with a pool table where police found some of the defendants and other men playing pool and sitting around the area.

Officer ‘Akau’ola entered Mr. Puloka’s trailer and found him inside holding a test tube. He was taken outside and gathered with everyone else present and made to sit or lie down.

Police also found varying amounts of methamphetamine and cannabis in possession of or in association with the other three accused.

The Court of Appeal said it was not convinced the judge erred in concluding that the case against Puloka, based on circumstantial evidence, was proven beyond a reasonable doubt.

Despite Puloka’s testimony that he told his friends not to bring drugs to the property, the amounts of methamphetamine and cannabis located on the night in question show that his instructions, if given, were ignored by his friends. Puloka had to know that.

Second, the judge was entitled to conclude on the evidence that she accepted from Tau’aika that Katoa brought the external hard drive to the property every day. Again, Puloka had to know this.

Third, the judge was correct in concluding that there was such familiarity between Puloka and Katoa that he felt very comfortable entering Puloka’s house. Further, no attempt has been made to explain why an object intended to drive some form of electronic device was transported in this manner and systematically left in Puloka’s trailer.

The court mentioned another issue that the judge did not mention in her reasons for verdict.

When police visited the property, Puloka was not lying in his trailer as he stated in his evidence, but was holding a test tube. We were told that this evidence was not in dispute.

“This suggests to us that it was open to the judge to infer that Mr. Puloka himself was involved in the consumption of drugs at the time of the offense. This is another apparent inconsistency in his testimony that the judge would have been entitled to take into account. “

The Court of Appeal ruled that there was a sufficient basis in the evidence for the judge to be convinced beyond a reasonable doubt of all the essential elements of the crimes with which Puloka was accused.

The court then dismissed his appeal against the conviction.

The judges of the Court of Appeal included President Whitten with the Honorable Justices Hanson, Randerson and White.

The Phocuswright 2021 Conference – a program for a new era