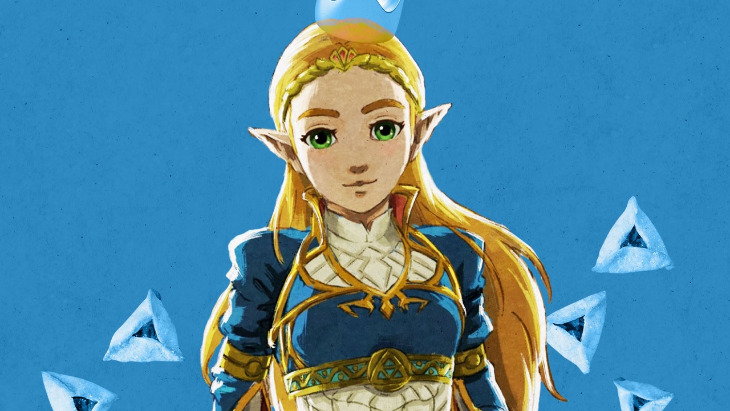 Locked in your dungeon ready to fight, you already have what you need to claim victory.

The Legend of Zelda and the Book of Esther speaks of royal women taken against their will and held captive. They both involve drinks, disguises, grand battles, and the rescue of a captive royal female figure. In fact, the two are more related than one might think.

Most versions of The Legend of Zelda are sprawling adventures that span the kingdom of Hyrule. You control the silent protagonist, Link, as he ventures to rescue the captive Princess Zelda from the clutches of the evil Ganon. In addition to exploring the vast outer world, dungeons are an essential part of the game. These elaborate mazes contain moody enemies, intricate puzzles, and ultimately a difficult villain at the end (usually referred to as “the boss”).

Bosses are often invulnerable to your regular attacks. You must use your special weapon found in the dungeon. It can be a bow and arrow or a giant hammer; in one game it was a spinning top resembling a skateboard. Whatever shiny new weapon is, you can be sure it will discover and exploit the boss’ weakness and allow you to be victorious.

God provides the remedy before the affliction.

The dungeons are designed in such a way that you cannot reach the boss without first finding this special weapon. When you walk into this room and the barred door slams shut behind you, you already have what you need to win the day. This recalls a Jewish maxim: God provides the remedy before the affliction.

Jewish wisdom teaches that when you have a problem, look at what you already have to find a solution. Whether it is your talents, your tools, your contacts or other resources, something has been given to you for this very obstacle. And sometimes it’s something you’ve completely forgotten about.

The source of this idea comes from the Book of Esther. Is there a magic grogger? A hamantaschen that restores vitality and invincibility? Where does “God provide the remedy before affliction” come into play in the Purim story?

Surprisingly, the remedies in the Purim story first appear as curses!

Haman’s decree to destroy the Jewish people results in the Jewish people being united in fasting and prayer, generating a wave of repentance that elevates their spiritual status, making them worthy to return to Israel and build the Second Temple.

The gallows built by Haman for the execution of Mordechai ends up being the gallows from which Haman hangs. And Esther’s kidnapping and subsequent marriage to King Achashverosh allows her to turn the tide and turn the tide on Haman.

Esther is a role model for taking charge of her destiny and doing whatever needs to be done to fight for her people, despite the risks and consequences.

While Princess Zelda is stuck waiting for you (as Link) to save her, Queen Esther acts to save herself and the Jewish people. Recent incarnations of Zelda games have attempted to break Zelda out of her damsel-in-distress role by elaborating on the character. The franchise’s most popular entry, Ocarina of time, disguised Zelda as a mysterious Sheik. The most recent game, breath of nature, tried to flesh out the character by having Link experience flashbacks to give Zelda a character arc. But none of these attempts gave Princess Zelda what she really needed to become a developed character: growth.

Esther, on the other hand, goes from passive to active when she faces almost certain death and approaches the king in his forbidden chambers. She serves as a role model for the ages to take charge of her destiny and do whatever needs to be done to fight for her people, despite the risks and consequences. This is real heroism.

As much as I love it The Legend of ZeldaI find that the “healings” of Esther’s story are much deeper because they come in the form of curses. Using a gift you received to solve a problem is great. But taking something you think is a drawback or a hindrance and then using it to turn the situation around and create a success…that’s really the key to breaking out of any dungeon, whether it’s a secret crypt under Kakariko Village or being stuck in line at the DMV. And developing your inner character by facing your challenges and finding solutions is something truly worthy of the title of Legend.

Benjamin Elterman is a theater, film and television writer. Originally from Dallas, Texas, Benjamin worked in Seattle, New York, and currently lives in Los Angeles. He and his writing partner Marc Goldsmith began SixDegreesOfKosherBacon.com in 2015 as a way to develop their newfound appreciation for their Judaism. Benjamin has worked with companies such as Je’Caryous Johnson Entertainment, Chocolate Filmes, Stoopid Buddy Stoodios and Pictures From the Fringe.

Even in water-rich Michigan, no guarantee of enough for all