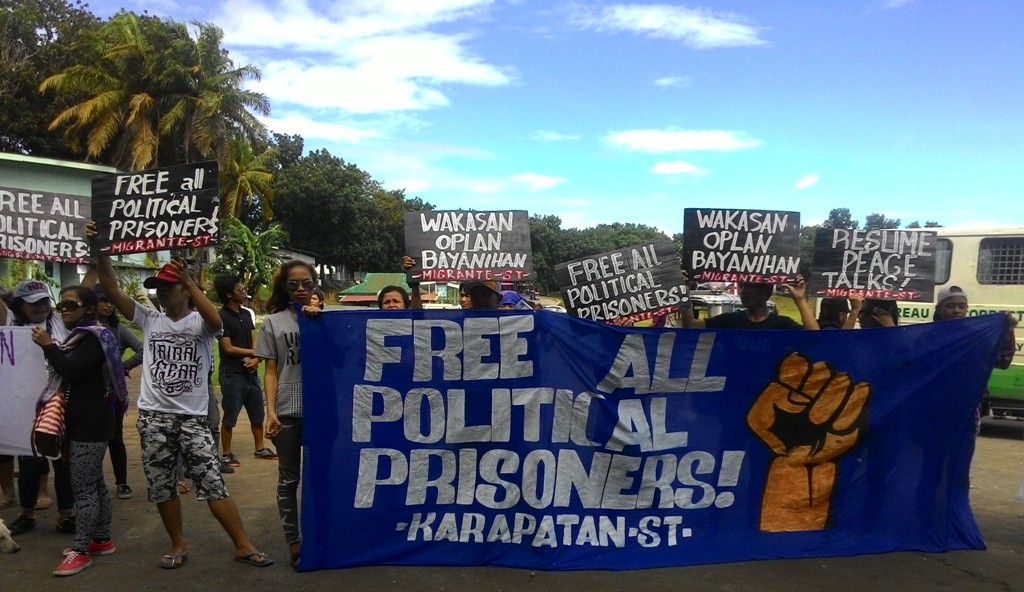 CITY OF CALAMBA, Laguna – A political prisoner is currently in critical condition following a shootout by a prisoner inside Calapan City Prison in Calapan City, Oriental Mindoro on September 7 .

Jeffrey Bajo Delos Reyes is one of five victims injured in the shooting of Edison Sulit Sampaga. Sampaga was reported to have successfully smuggled a pistol and shot a certain Lowelyn Laguerta Mendoza several times, before shooting the other detainees. The party ended when Sampaga shot himself.

Delos Reyes is currently in Calapan City Provincial Hospital and is in critical condition after being shot in the head. He is 37 years old and has been in prison since September 2016.

A veteran of the New People’s Army, Delos Reyes was arrested by plainclothes police on September 19, 2016 in Victoria, Oriental Mindoro. At the time, an active ceasefire was in place between the newly inaugurated administration of Rodrigo Duterte and the NPA, in line with the Duterte administration’s initial gestures to resume peace talks between the GRP and the National Front. Democratic Republic of the Philippines.

No arrest warrant has ever been issued for Delos Reyes, who is charged with two counts of murder, frustration murder and arson. The NDFP said the arrest of Delos Reyes in the middle of the ceasefire proved the police were “disingenuous towards the ongoing peace talks.” Delos Reyes himself has claimed that as a fighter he cannot be charged with crimes for victims against fighters during the war.

In a previous statement, Buhay na Alay para sa Nagkakaisang Mindoro (Bayanimo) described the arrest as “an attempt to sabotage the peace talks between the government and the NDFP”. The Karapatan human rights alliance noted that Delos Reyes’ arrest was part of a larger spate of ceasefire violations in 2016, despite Duterte’s declaration of an indefinite unilateral ceasefire. at the time.

Peace talks between the Duterte administration and the NDFP collapsed in 2017, citing “violations” on both sides. Attempts to revive the peace negotiations failed in 2018 when Duterte unilaterally withdrew from the talks. Since then, the Duterte administration has been firm in its position not to engage in peace talks, opting instead for “localized peace talks” between the different units of the NPA.

Farmers ‘rights organization Tanggol Magsasaka is currently helping the Delos Reyes family to seek information and financial assistance for Delos Reyes’ medical expenses. Donations and other information can be sent to 0930 914 6435.(RVO)