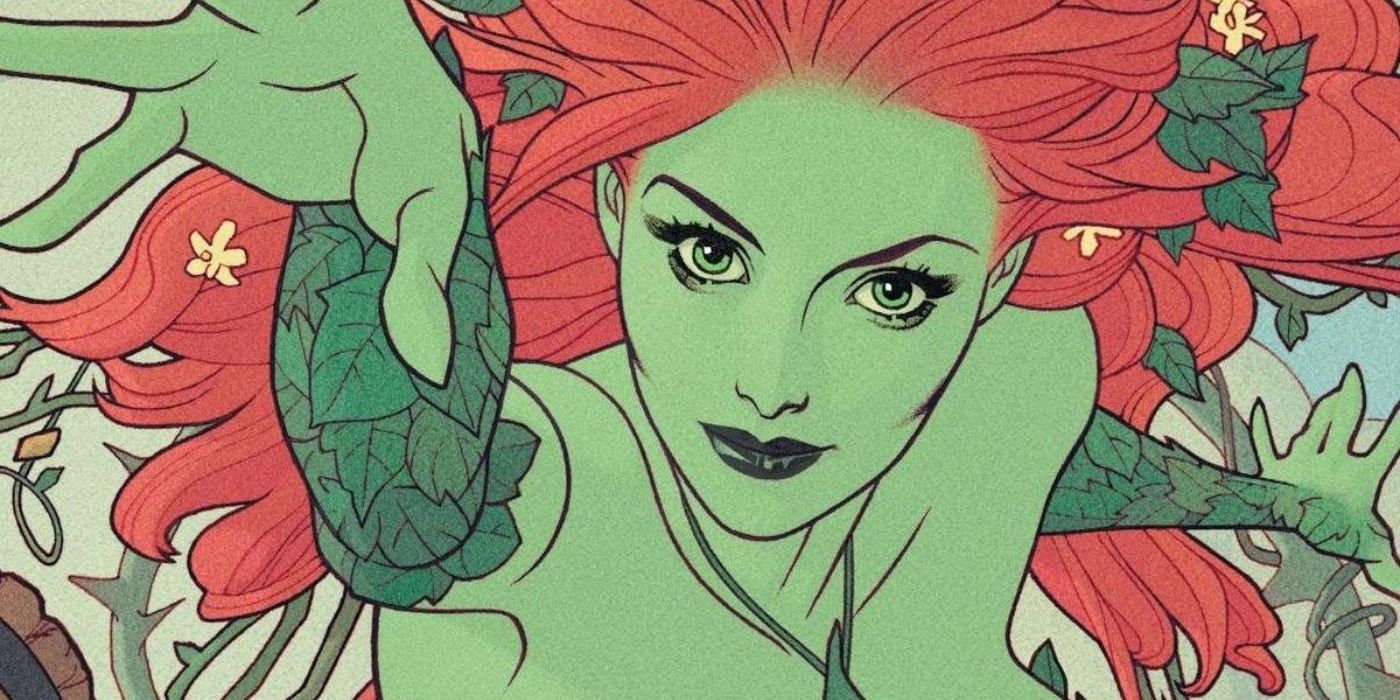 In an alternate universe within the DC Comics Multiverse, Poison Ivy reveals that her creepiest ability grants her the power of a literal god.

Warning! This article contains spoilers for Black Knights of Steel #5

While poison ivy has long been established as an extraordinarily powerful DC Comics character, she recently revealed her most chilling power, the one that makes her a god. Pamela Isley has the power to control all kinds of plants with her mind, the ability to manipulate pheromones, and the power to turn into living poison, which makes her incredibly deadly. While all of her long-established abilities make her a huge threat to anyone she faces, this newly revealed ability makes her more powerful than she’s ever been before.

In Black Knights of Steel #5 by Tom Taylor and Yasmine Putri, fans are immersed in an alternate reality within the DC Comics Multiverse. In this world, Superman and his family abandoned Krypton long before Superman was sent to Earth in the main continuity. Kryptonians landed on Earth in medieval times and used their godlike abilities to establish their own kingdom. After Jor-El is assassinated by a Kryptonite arrow, the Kryptonians find themselves at war with a group that is fed up with their rule. In order to protect their kingdom, the House of El sends Harley Quinn into the forest in an attempt to convince Poison Ivy to join them and kill anyone who opposes their house.

Related: Harley Quinn Can Save Gotham By Becoming The Anti-Joker

When Harley goes to the forest to recruit Poison Ivy to her cause, Ivy reveals an ability that turns her into a one-person army. During their conversation, Ivy cuts off Harley mid-sentence and says, “The trees feel like someone is flying over them in the wind.” This phrase reveals that Ivy is alerted by the plant life around her even when she is not consciously controlling their movements or actions. Ivy is drawn from “the green”, which means that each plant in the forest (and perhaps even beyond) is basically its own sensory organ. This makes Poison Ivy ubiquitous to the extent of her reach. While impressive, this power is definitely a bit scary as every plant in its vicinity is apparently a piece of her that alerts Ivy whenever there’s movement, making Poison Ivy pretty much everywhere at once. .

Poison Ivy’s Newly Revealed Power Is Similar To Marvel Comics’ Jean Grey, As Shown New X-Men #128 by Grant Morrison and Igor Kordey. In this issue, Jean Gray reveals that her powers extended through the objects she lifted with her telekinesis, expanding her consciousness and becoming more in tune with the world around her. While Jean Gray was only able to show this power with the help of the Phoenix Force, Poison Ivy shows that her version of expanded sensory awareness is a constant state of being.

Poison Ivy’s powers have something in common with the Phoenix Force, an entity that is cosmically powerful even compared to other divine beings. Faced with this astonishing revelation, poison ivy proves that she is basically a god as she is able to tap into the plant life around her and expand her powers and consciousness through them to incredible lengths.

Russia – A Prisoner of Geography?