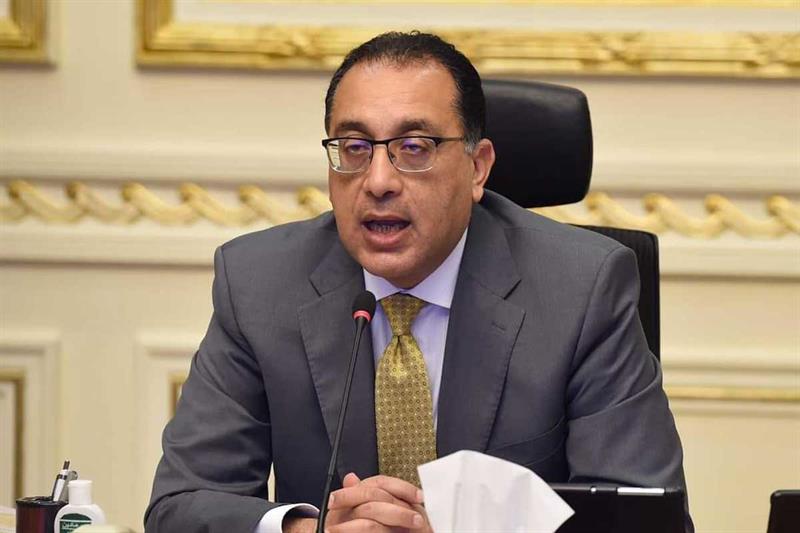 Madbouly made the remarks in an interview with BBC News Arabic’s Bela Hodoud (“No Limits”) broadcast on Sunday, where he also spoke about the Grand Ethiopian Renaissance Dam (GERD) crisis with Ethiopia as well as other subjects.

The Prime Minister also explained plans to list government and armed forces companies on the Egyptian Stock Exchange (EGX) and commented on the human rights and freedom of expression situation in Egypt.

The interview was conducted on the sidelines of the fourth edition of the World Youth Forum which took place from January 10 to 13 in the seaside city of Sharm el-Sheikh on the Red Sea.

Egypt and the United States have shared a strategic partnership since the mid-1970s and the signing of the Egyptian-Israeli peace treaty in Washington, Madbouly said.

The partnership between the two countries has continued through consecutive US and Egyptian administrations in light of both countries’ desire to continue and strengthen these ties, Madbouly added.

“Relations between two states go through phases of convergence and apathy based on the visions of certain administrations,” Madbouly said.

However, he denied that the United States and Egypt are in a current period of “lukewarm” relations.

Madbouly said that although it is commonly reported that Egypt shared better relations with the former US administration of President Donald Trump, the two countries held their strategic dialogue for the first time. [since 2015] last November during Biden’s tenure.

The US-Egyptian strategic dialogue “did not take place even during the tenure of the former administration”, the prime minister said.

Madbouly pointed to Egyptian President Abdel-Fattah El-Sisi’s earlier remarks regarding plans to list companies owned by the Egyptian Armed Forces or the government and allowing partnerships with the private sector in all national projects.

Egypt is looking to list many state-owned companies and armed forces on the Egyptian Stock Exchange (EGX) over the coming year, Madbouly said, saying Egypt has already started listing public sector companies and from the government to the EGX.

Madbouly said some companies in the public sector and the armed forces are being restructured so that they are ready to list on the stock exchange.

Armed forces institutions in Egypt represent less than one percent of the Egyptian economy, Madbouly said, stressing that the economy will always depend on the private sector.

These companies have contributed to sectors where private sector presence was weak or non-existent, Madbouly said, adding that infrastructure projects accounted for more than 50% of national spending over the past period.

“We were importing heavily and paying in hard currency in some industries because the private sector only covered 10-20% of those sectors,” the prime minister said.

Madbouly reiterated that Egypt has adopted a comprehensive concept of human rights which includes social, economic, environmental and political dimensions.

He added that human rights standards in developed countries do not necessarily apply to those in developing countries, noting that many organizations that are critical of the state of human rights and freedom of expression in Egypt depend in their analysis on “individual cases”.

“The real problem is that most of these organizations build their reports on the basis of individual cases that cannot be generalized to describe the general situation of the Egyptian state,” Madbouly said.

He claimed that Egyptian media platforms have space for different opinions, even those critical of political leaders, saying that the space for freedom of expression in Egypt is “much larger than that of many countries in the world”. Middle East “.

Madbouly revealed that the state uses media platforms it owns or oversees to explain the “real situation” given the presence of “a multitude of anti-Egyptian media platforms”.

“We try as much as possible to strike a balance…and explain the real situation…because there are a multitude of media platforms that are all directed against the Egyptian state,” Madbouly said.

Madbouly commented on the dispute between Egypt, Sudan and Ethiopia over the massive dam Ethiopia is building on the Blue Nile, saying Egypt has called for dialogue to resolve the crisis.

“Egypt has always affirmed that we are not against any development in any of the Nile Basin countries and has informed the Ethiopian side that we want to participate in the establishment of this dam,” Madbouly said.

He asserted that these projects, however, should not infringe on Egypt’s rights to the waters of the Nile.

“We have always called on Egypt, Sudan and Ethiopia to reach consensus on a binding legal agreement that regulates the development and rights of all these countries to benefit from the Nile.

Madbouly asserted that the conflicts and disputes over the Nile do not benefit any of the peoples of the three countries.

Egypt, Sudan and Ethiopia have all expressed their willingness to resume African Union-sponsored talks on GERD, which stalled in April last year due to “Ethiopia’s intransigence “, according to the two downstream countries.

In September, the United Nations Security Council (UNSC) issued a presidential statement encouraging the three countries to resume negotiations, under the auspices of the AU.

The communiqué urges countries to “quickly finalize the text of [a] mutually acceptable and binding agreement on the filling and functioning of the GERD.

Egypt and Sudan have continued to demand that a legally binding agreement be reached on GERD to secure their water interests and their peoples’ right to Nile water and prevent any damage at the Sudanese dams.

Despite warnings from Egypt and Sudan about any unilateral action regarding GERD before the said agreement was reached, Ethiopia implemented the second phase of filling the dam in July without the consent of both countries.