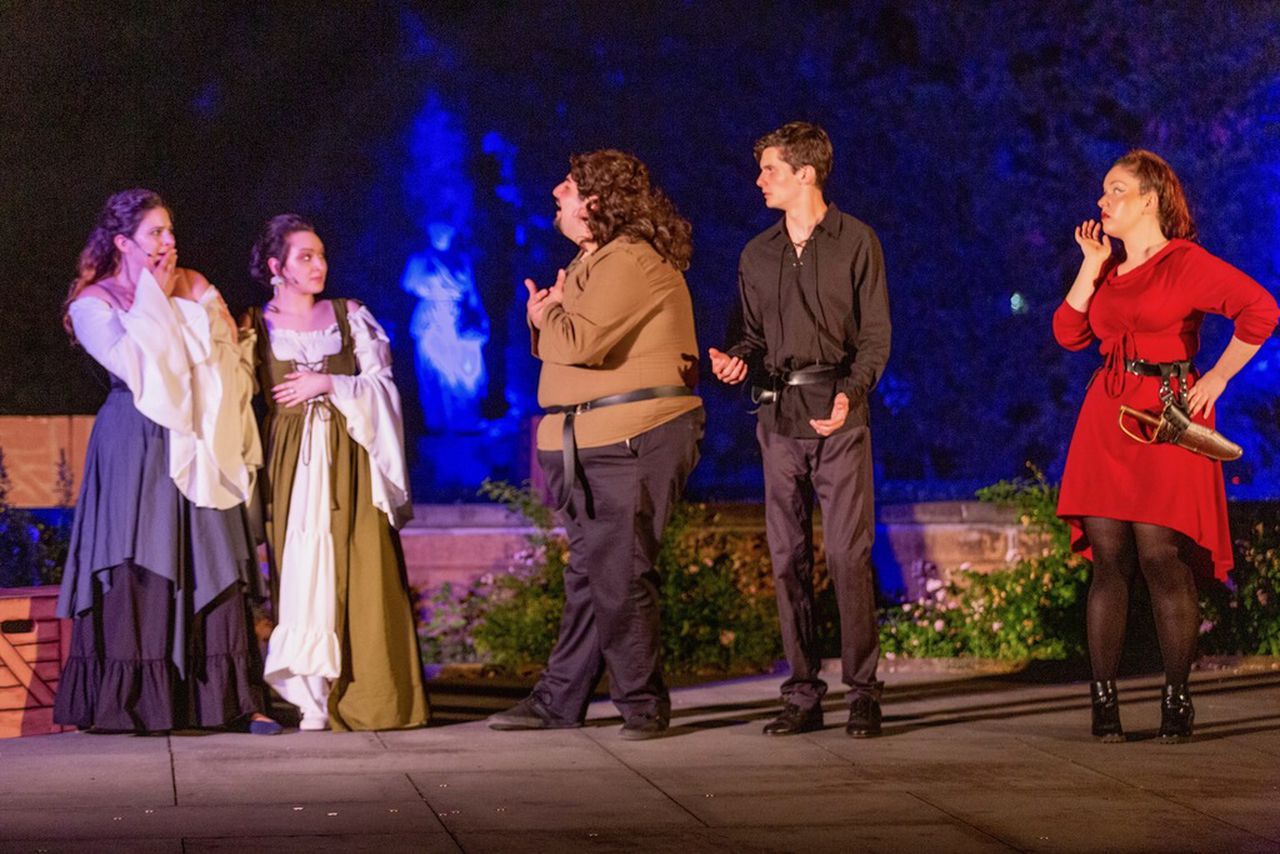 On the program for two weekends: women take center stage at the SI Shakespearean Theater ‘The Merchant of Venice’ in the Tuscan Garden of Snug Harbor

STATEN ISLAND, NY – The Staten Island Shakespearean Theater production of “The Merchant of Venice” will be performed in the Renaissance-era Tuscan Garden of the Richmond County Savings Foundation at the Snug Harbor Cultural Center & Botanical Garden.

Shakespeare’s 16th century play centers on a merchant named Antonio who defaults on a large loan from a Jewish pawnbroker, Shylock.

General admission is $27, students and seniors $22.

Tickets can be obtained online by visiting: sishakespeare.org

“My goal is to portray Shylock as a pureblood character rather than a stereotype, and with that comes the exploration of Shylock’s journey as she faces the dangers of seeking revenge and taking on the characteristics of her persecutors. “said SIST Director and Treasurer Mitch. Maglio. “As with all of our productions of Shakespeare’s works, we seek to create and hold high a mirror for our contemporary audiences and hope it will inspire them to consider the effects of anti-Semitism, racism and persecution in the world. world today.”

In the production, the merchant Antonio and Shylock, played by Michael-Anne Hoffert-Cone and Brandy Thomas respectively, are female. Maglio, who is Jewish, thinks making Shylock a woman is important today.

“Given the national debate over women’s rights and their role in society in the 21st century, casting a woman as Shylock is especially important,” Maglio added.

The Snug Harbor Cultural Center and Botanical Garden is located at 1000 Richmond Terrace in Livingston.

The Staten Island Shakespearean Theater Company presents the works of Shakespeare and other classic plays, in specific locations, to provide an “environmental theater experience.”

Loans for low-income people Personal loans for a tight budget