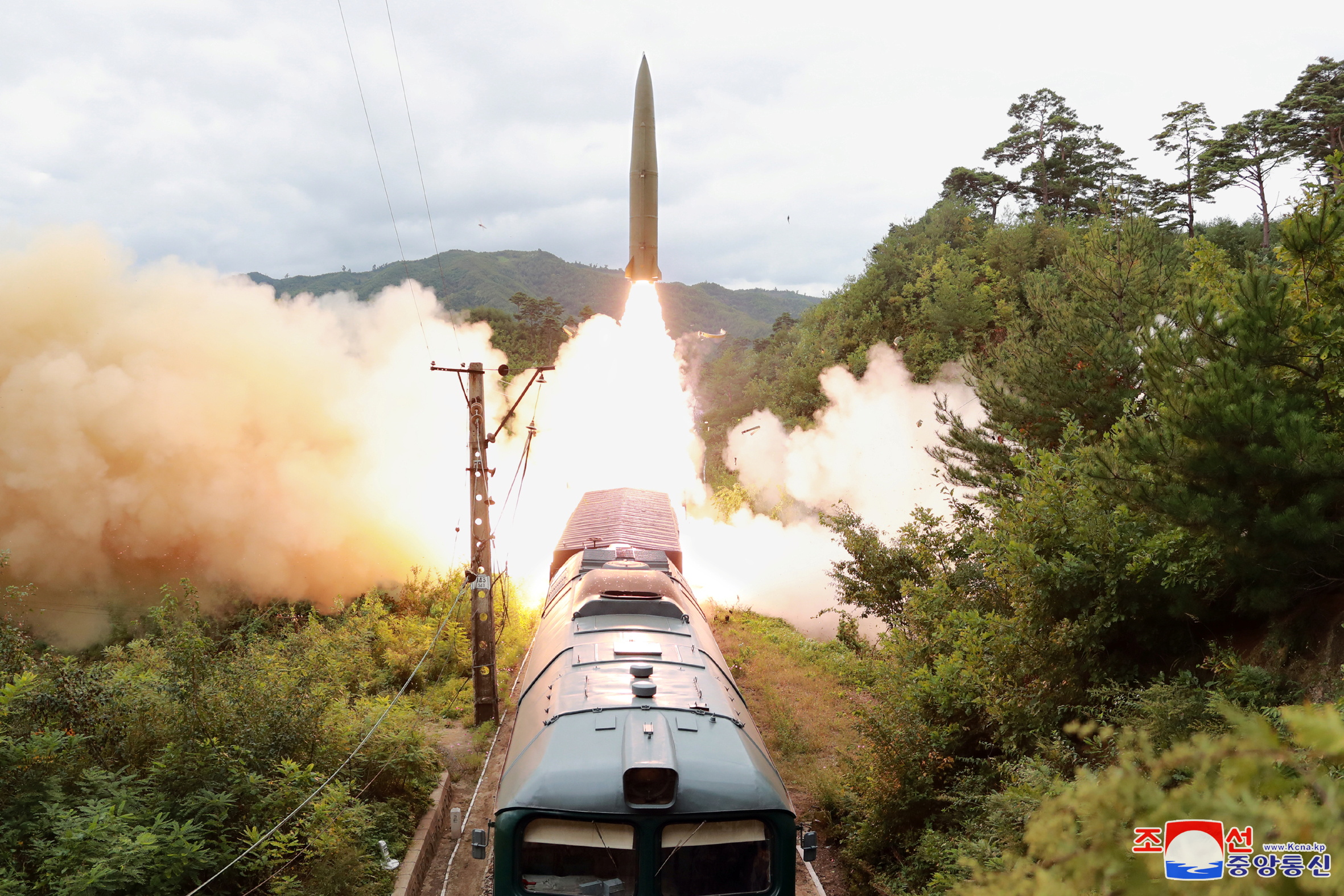 Anyone familiar with the United Nations system understands how boring Security Council debates can be. This is doubly the case when the issue on the agenda concerns North Korea’s nuclear and ballistic missile programs, a problem that never seems to go away.

Meetings run like clockwork. The Russian and Chinese delegations usually recite a familiar script, where UN sanctions are blamed for North Korea’s dire economic situation and the United States is treated as the hardline party. The US delegation, meanwhile, accuses Russia and China of lax application of sanctions, reminds diplomats in the room that Pyongyang usually violates UN resolutions and cites the Kim dynasty’s refusal to negotiate as the central obstacle to progress. After the usual speeches, the Security Council adjourned without showing anything.

Russia and China, however, are apparently trying to play a daring game to shift the debate. The two are preparing to unveil a draft Security Council resolution that would lift or at least relax export bans and import restrictions that have restricted the North Korean economy since 2017. The resolution would also allow countries around the world to employ North Korean workers, in addition to exempting inter-Korean economic projects from sanctions.

The Biden administration will likely be as cold to the proposal as the Trump administration was when Moscow and Beijing first unveiled it almost two years ago. At the time, the effort died on the table – there was so little support for the measure that the authors didn’t even bother to call for a vote.

Yet while the United States and its Western allies in the Security Council will have no difficulty in using their veto to kill any effort to ease sanctions, the obvious question cannot be avoided: What is it? what have the economic sanctions against North Korea really brought?

It goes without saying that North Korea is one of the most heavily sanctioned countries in the world. Since 2006, the UN has adopted increasingly severe sanctions against the North Korean economy with the aim of punishing Pyongyang for its nuclear and missile tests, depriving the Kim dynasty of the resources it needs to continue to develop these programs and convince the North Korean government of the urgent need to negotiate denuclearization.

These sanctions, however, had no impact on changing Kim Jong-un’s calculation on the nuclear issue. While it is true that North Korea’s economy is sluggish, Kim himself remains as adamant against denuclearization today as he was when he first entered direct negotiations with Donald. Trump in 2018. For the North, the past few months have been a hive of activity on the military front. Pyongyang restarted its main plutonium reactor in August and embarked on a series of increasingly sophisticated missile launches, including testing a submarine-launched ballistic missile last month. It doesn’t sound like a country particularly open to requests for denuclearization from Washington. On the contrary, recent tests reflect just how ineffective US and UN sanctions have been in accomplishing anything concrete in the political realm. If America’s goal is to push North Koreans to become a nuclear-weapon-free state, then Washington has backed down from when Kim’s late father ordered the North’s first underground nuclear weapons test. fifteen years ago.

Many foreign policy analysts will blame the reluctance of countries around the world to adhere to UN sanctions for the dismal results so far. The conventional response, as articulated by US Ambassador Linda Thomas-Greenfield in her remarks late last month, is to continue to put pressure on the economy. But that totally misses the mark, because if Kim doesn’t bow to sanctions now, it’s highly unlikely that more will do the trick. Imposing more sanctions against the North only doubles what clearly amounts to a failed approach.

The reason the United States and its allies in Northeast Asia are having such a hard time persuading Pyongyang to denuclearize is because Pyongyang has no intention of denuclearizing. Washington pushes a locked door.

From North Korea’s perspective, it’s not hard to see why maintaining operational nuclear deterrence makes sense. The country is surrounded by neighbors infinitely more prosperous and militarily capable than itself, some (Japan and South Korea) having the advantage of being under the American nuclear umbrella. North Koreans can depend on China for 90% of their trade and talk about their relationships in public, but Beijing cannot be seen as a strategic ally. Friendship treaties aside, would President Xi Jinping really deploy Chinese troops to the Korean Peninsula if Pyongyang asked? For Kim Jong-un, relying on China or anyone else to meet North Korea’s security needs would be a leap of faith – and faith isn’t exactly the recipe for good politics in the ruthless world of international politics.

The Biden administration is adamant that it is ready to meet with North Korean officials anytime, anywhere, without preconditions. US Special Envoy Sung Kim has sought to reassure North Korea that Washington has no hostile intentions.

Pragmatic diplomacy and principled deterrence are the most appropriate tools for dealing with the North Korean issue. But the only way diplomacy can be successful is with American officials drastically limiting expectations of what they can accomplish.

Daniel R. DePetris is a member of Defense Priorities and Foreign Affairs Columnist at News week.