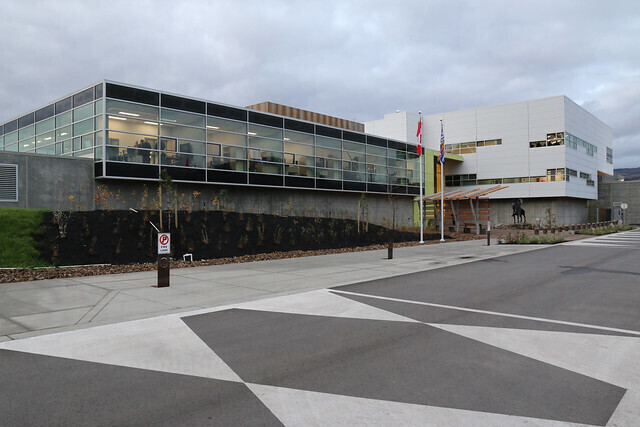 A man incarcerated at the Okanagan Correctional Center in Oliver is suing the cop who arrested him after the officer’s dog bit his leg causing serious damage.

Matthew Perron filed his grievance in Penticton Supreme Court on Wednesday, naming the Attorney General of Canada, the Minister of Public Safety and Cpl. Phil Sullivan of the RCMP.

Claiming multiple injuries stemming from the encounter, Perron seeks compensation for damages caused during his arrest on September 9, 2021.

On the day of the incident, Perron claims he was walking away from police to avoid arrest and was arrested when Sullivan rammed the police cruiser into the driver’s side of Perron’s vehicle.

When the officer moved to his door with a police dog, Perron said he asked the officer to back up the dog after spotting him, saying he would then come out.

“The officer did not back the dog but opened the driver’s side door,” his allegation reads. “When [Perron] with his hands up, Sullivan approached the Complainant and ordered the dog to attack.

Perron claims the dog dragged him out of the car, bit him on the left leg and knocked him to the ground.

“The dog’s mouth remained closed at the plaintiff’s from the first point of contact until the dog handler was able to control the dog after several attempts,” the lawsuit alleges.

Perron claimed he was yelling at the police to get the dog to stop biting his leg, with one officer responding that they were “trying”.

The alleged injuries from the large bite caused blood loss and seven to eight stitches on each side of Perron’s leg.

Perron was charged with six offenses that day, including willfully resisting or obstructing a peace officer and fleeing from police, which is still pending. before the courts.

Perron is not seeking a specific amount of money in the lawsuit, but is seeking general damages, aggravated and punitive damages, costs related to the lawsuit, damages under the Charter of Rights and Freedoms and any other relief the court deems appropriate.

None of these allegations have yet been proven in court.