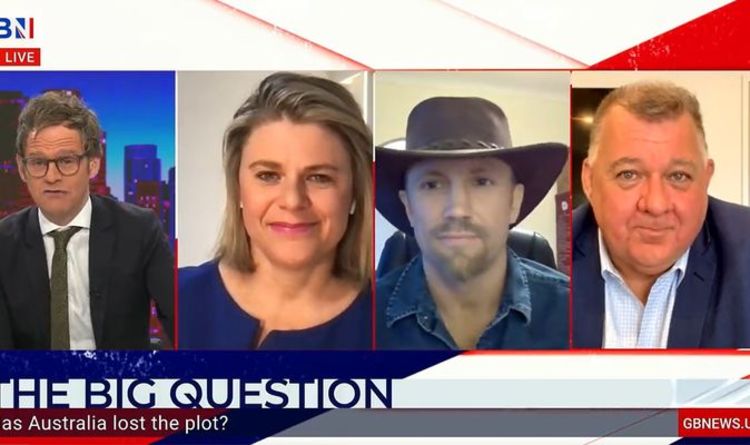 Just hours after the Australian government canceled Mr. Djokovic‘s ahead of the Australian Open, Craig Kelly raged over Australia’s decision on the Serbian tennis star. Speaking to GB News’ Mark Dolan on The Big Question, the 51-year-old leader was quizzed on whether the country had ‘lost the plot’ he agreed to and replied: ‘You are absolutely right.

“He was not locked up or deprived of his freedoms for anything he actually did.

“The government was very clear about this today. His visa application, all the papers they said were good.

“He entered the country legally, but apparently he’s going to stir up some anti-vax sentiment.

“What is really happening is that anti-vax sentiment is code for those who believe in liberties and liberties.

“They have free choice of what you should inject into your body, so look, you’re right. We lost the plot there.

“It’s a national disgrace. It’s just a political decision and it’s a sad day to be in Australia.

As of this writing, Djokovic has appeared in court over a final offer to stay in Australia.

He was seen being driven from the Park Hotel, the detention center where he was held after his visa was first revoked.

The world-class tennis player has been staying at a migrant detention hotel in Melbourne, the same place he was taken to after his visa was revoked following his arrival on January 6.

Asked about the public response to the Mr Djokovic incident, the Australian leader said: “There are a bit of mixed opinions about it. I was at a rally yesterday and of course the support for him was overwhelming, but there is a small segment of our community that is vindictive and mean and wants to see Mr. Djokovic punished.

According to the media, there has been a lot of public anger in Australia over Djokovic’s attempt to enter the country without being vaccinated.

Two of its most populous states, New South Wales and Victoria, have been reporting tens of thousands of COVID-19 cases for weeks, causing difficulties for testing centers and rising death tolls.