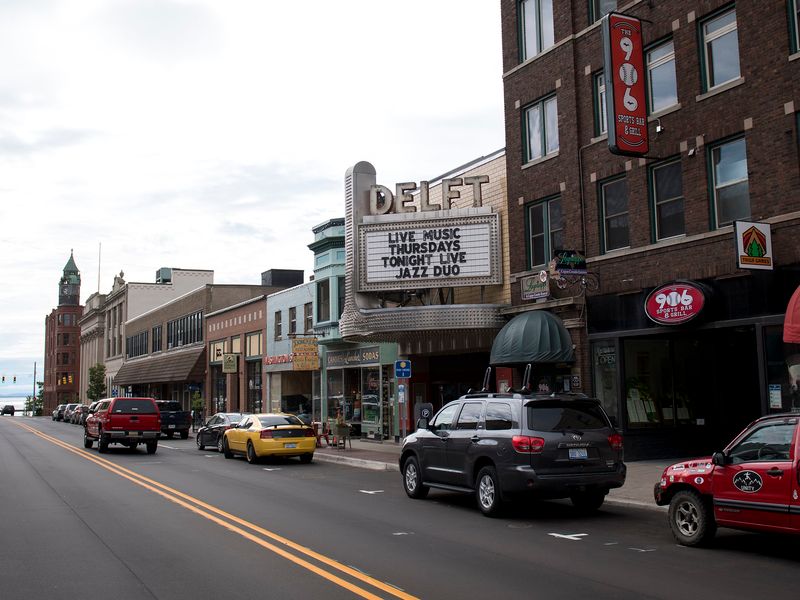 Ann Arbor, the headquarters of the University of Michigan, was a ghost town during the first year of COVID-19, said Maura Thomson, acting executive director of Ann Arbor DDA. Usually packed with thousands of people for football matches and festivals, the city was mostly deserted.

“Our downtown business community has not only lost customers with residents and community members,” said Thomson, “but it underscored the importance of the university.”

Thomson said the biggest impact was felt during what would have been the University of Michigan graduation ceremony, which typically sees restaurants book more than a year in advance. Without an in-person degree from college in 2020, many restaurants found themselves without any income at a time when they were typically preparing for their busiest week of the year.

It also added protected bike lanes on the streets to help with social distancing while increasing accessibility for bikers. Thomson said this effort started as a pilot program which will now become permanent in the fall. Ann Arbor DDA also ran ads in local newspapers reminding people to support downtown businesses, while also setting up special curbside delivery points in front of restaurants that give people 15 minutes of free parking. .

Ann Arbor’s COVID-19 relief efforts are starting to bear fruit. Thomson said foot traffic was increasing and some businesses, like Logan Restaurant and Bar Louie, shut down permanently during the pandemic, others, like Aroma Indian Cuisine and Eat Ann Arbor, opened during the crisis.

For Ann Arbor’s retail stores in particular, many of which are physical and have thrived for decades through in-person activities, the pandemic has been a wake-up call to always have a digital back-up plan. Curtis Sullivan, owner of the Vault of Midnight comic book store, said his sales fell 85% at the start of the pandemic – the first time in 25 years in business.

Fortunately, Sullivan, 49, was able to quickly build an online store, which he says has helped Vault of Midnight keep all of its staff employed. Yet, 16 months after the first COVID-19 hit, Sullivan said his sales, although up significantly, have not returned to pre-pandemic numbers. He’s just starting to see loyal customers, who frequented the store every week, returning to shop in person.

“We are thrilled with the rate of increase,” Sullivan said. “We think we could end the year well, barring other disasters.” He said Vault of Midnight plans to keep its online store up and running, but will focus on in-person shopping and events again.