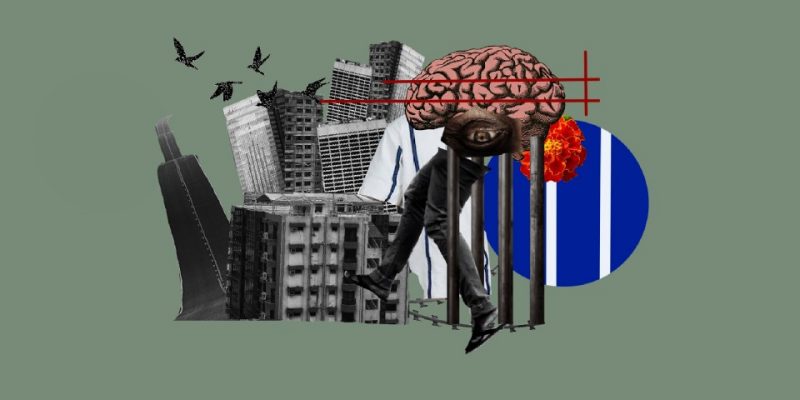 Mental health care in prison is not enough; We must ensure the transitional health of prisoners

In the movie Shawshank’s Redemption, after serving a 50-year sentence, Brooks Hatlen is released from prison. When he returns to mainstream society, the ways of the world have changed; he does not feel at home. Using a sharp knife, he writes on the wall of his room: “Brooks was here”, then he commits suicide.

Recently the Madras District Court ruled that the medical examination of an arrested person was necessary before making an arrest for pre-trial detention. The judgment places an obligation on the authorities to act in accordance with Articles 100 to 105 of the Mental Health Act 2017. These obligations are fulfilled during the phase when the prisoner is about to enter or is already in prison.

However, this article refers to the transition phase; where the prisoner has formally severed ties with the prison because his sentence has been served or because he has been released on bail, but has not yet returned to society in general in a healthy way. This is called â€œtransitional healthâ€.

The prisoners are two to three times more likely to die by suicide than the general population; they are more in need of mental health care than the general population, not only within the confines of the prison, but also when they move and attempt to reenter society. Their mental illness does not cease to exist when they are released from prison.

Indian laws surrounding the basic right of inmates to health exist in a context where the inmate is serving his prison sentence. In commands such as Re – Inhumane conditions in 1,382 prisons (2017) and notable cases like Sunil Batra v. Delhi Administration (II) and Ajay Singh v. Maharashtra state, it was held that when a detainee is in detention, it is the duty of the state authorities to provide health care to the detainees as they retain their fundamental right to health, guaranteed by article 21 of the constitution, even while in detention (although some “narrowing “of rights come).

Detainees continue to be viewed as human beings even when they are incarcerated. In fact, they are in greater need of health care because they are facing a double handicap. Detainees are more prone to developing health problems due to the unsanitary environment in which they are detained and, because their freedom remains restricted, they do not have the same access to medical expertise as free citizens. Therefore, society owes a greater duty to these people.

Developing the law in this way leaves a political vacuum in deciding who is responsible for the transitional health of prisoners. The United Nations Standard Minimum Rules for the Treatment of Prisoners (Nelson Mandela Rules) require that a pre-release regime be provided to inmates within the prison or other facility. The idea is that an inmate must be ready to successfully reintegrate into mainstream society. In the cases that can be seen in India, this idea is far from certain, even after completing the pre-liberation regime.

According to the Delhi Prison Rules, 1857, â€œIf an inmate becomes mentally ill immediately before the expiration of his sentence, he will be returned to his relatives or friends upon the expiration of his sentence, failing which he may be sent to the Institute of Human Behavior & Allied Sciences or any other public hospital, for treatment. ” But what if the person does not have a mental illness correct before the expiry of the sentence and that it was incurred only during the period of release from prison and reintegration into society? Where does the responsibility of the prison authorities end with regard to the health of the detainee?

It can be argued that Section 18 (1) of the Mental Health Care Act, 2017 provides that “Everyone has the right to access mental health care and treatment from mental health services managed or funded by the appropriate government., “ according to which even a “mentally ill prisonerÂ»Can exercise his right to obtain mental health care after his release from prison. However, such a legal analysis is based on the assumption that detainees will actively self-manage and care for themselves upon release. What this analysis forgets is that the inmate will need assistance in going to mental health facilities for treatment.

This need is felt especially by those who have served long sentences. After serving a sentence of, say, ten years, the person may become institutionalized and face mental health issues while reorienting themselves to a â€œnewâ€ life outside of prison. According to Prison statistics India 2019, out of a total of 1,44,125 convicts, 53.54% were sentenced to life imprisonment, 14.4% were sentenced to more than 10 to 13 years and 7.77% to 7 to 9 years. Although data on the mental health of released detainees is currently not available – probably for legitimate political reasons – a significant number of detainees are likely have poor transitional health.

What follows problems those who return to society after a long prison sentence face:

In addition, the problems mentioned above can worsen or precipitate mental health problems and lead to relapse.

Prison authorities should work in coordination with mental health facilities belonging to the governments concerned. These institutions may need to prescribe rules under section 18 (4) (b) of the Mental Health Act for halfway houses, sheltered housing, supported housing, etc. These are the kinds of institutions – though not limited to these – that inmates may need for transition.

One concern may be that the privacy of detainees may be violated if prison authorities have access to information about released detainees. This is a valid concern, however, the intersectoral approach will allow mental health facilities to follow fair practices of data sharing between prison authorities and mental health facilities, which will also isolate data from the community. public access.

Because prisoners, after serving a long sentence, often get stuck in a kind of limbo, they can officially get out of prison but will not be fully integrated into society in general. Prison authorities should be given a â€œwindow of accountabilityâ€ during which they would be required to provide mental health care to the released prisoner through mental health facilities. And beyond such a window, the responsibility of the prison authorities will cease to exist.

Husain Aanis Khan is a lawyer and researcher at the Vidhi Center for Legal Policy, New Delhi.