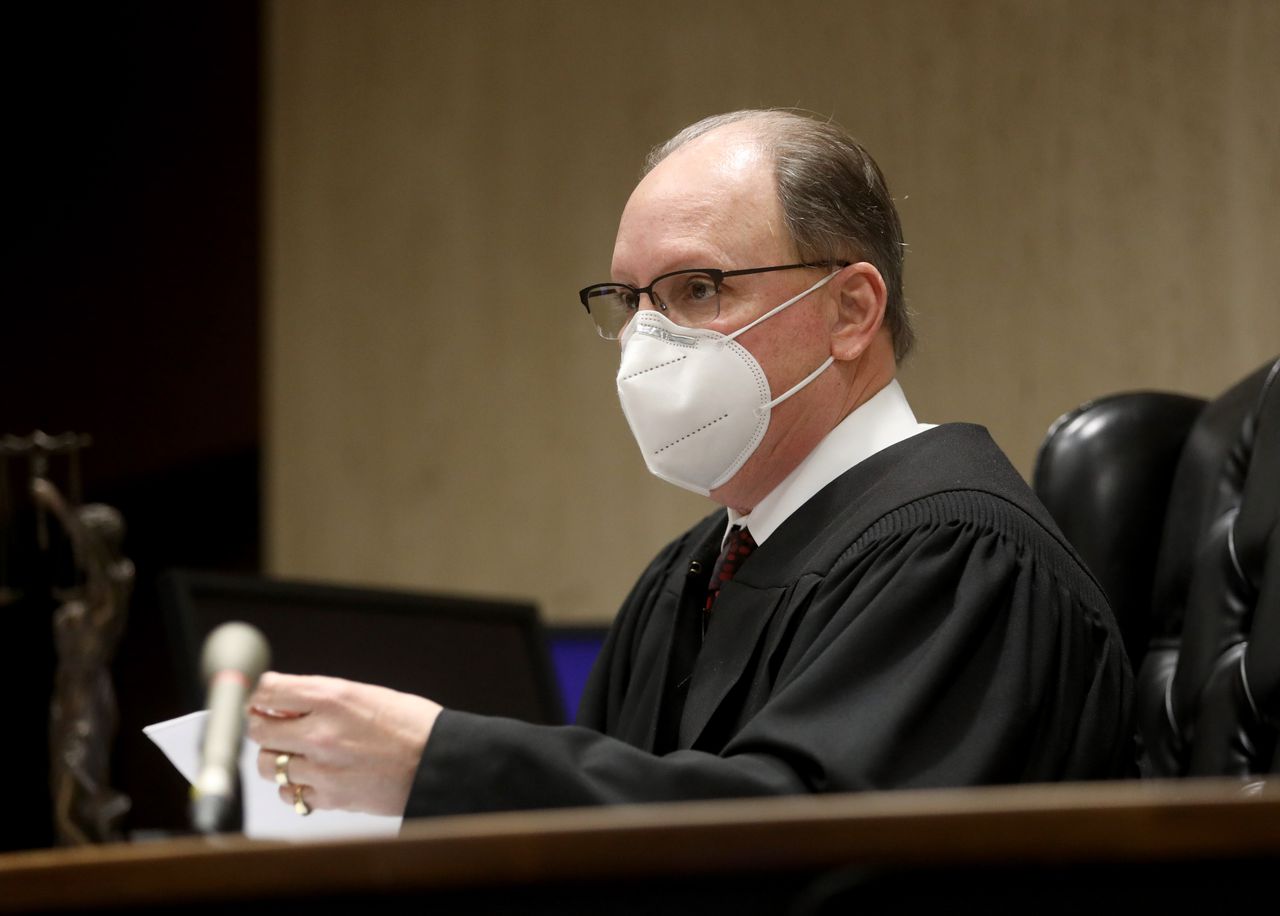 A judge on Monday denied a request for the compassionate release of a state prison inmate convicted of the 1993 execution-style murder of a Newark detective at the same courthouse.

His remarks followed a three-hour hearing at the Essex County Veterans Courthouse, where John Sczyrek was fatally shot in the back of the head 29 years ago, aged 30.

Al-Damany Kamau, who is 53 and bedridden with advanced multiple sclerosis, is serving consecutive life sentences without parole for 75 years after being convicted of murder and related offences. The case gained national attention at the time, in part because Kamau carried it out with the help of a county probation officer he knew who smuggled a .357 handgun Magnum in the courthouse for the shooting.

Kamau public defenders Diane Carl and Abigail Fisch have requested early release under a 2020 state law allowing authorities to release prisoners, regardless of their crime, if they fulfill at least two conditions: two physicians licensed by the State Department of Corrections must certify that they have only six months to live, are unable “to perform the activities essential to life on their own” and therefore do not present no danger to the public.

Cheryl Sczyrek, wife of the slain officer; his brother, Stan Sczyrek; and two Deputy Sheriff Kamau officers injured in the attack by Kamau during the attack opposed his release.

Cheryl Sczyrek said the loss of her husband affected her every day, as did their daughter, Shannon, who was 2½ at the time.

“I raised my daughter alone,” she said. “She never knew him”

The judge’s remarks echoed those of the widow, brother and former officers of sheriff Ralph Rizzolo and Thomas King.

Members of Kamau’s family were also present, including his mother and stepfather, Clarence Philson, a retired Newark police officer who knew the slain detective. They made no statements.

In a brief interview outside the courtroom, Philson, 79, said he had lost two daughters to an untimely death and had “all sympathy for the family of the detective”.

But Philson told NJ Advance Media that her stepson suffered from mental illness at the time of the shooting and is even more seriously ill now, both mentally and physically.

He was sick then. He’s sicker now,” Philson said.

Coming to his decision after a 20-minute break in court, Wigler said he was unconvinced of the terminal nature of Kamau’s illness, although the judge admitted the sick prisoner no longer constituted a threat.

But whether or not the conditions for release were met, Wigler noted that the wording of the law only states that a judge can grant a release on compassionate grounds, but can use their discretion to deny it.

Essex County First Assistant District Attorney Romesh Sukhdeo argued the case or the state. He said after the hearing that he was familiar with the language of the law and deliberately incorporated the heinous nature of the crime into his argument.

“This defendant deserves no sympathy,” the judge said.

No one knows Jersey better than NJcom. Sign up to receive news alerts straight to your inbox.

Steve Strunsky can be reached at [email protected]