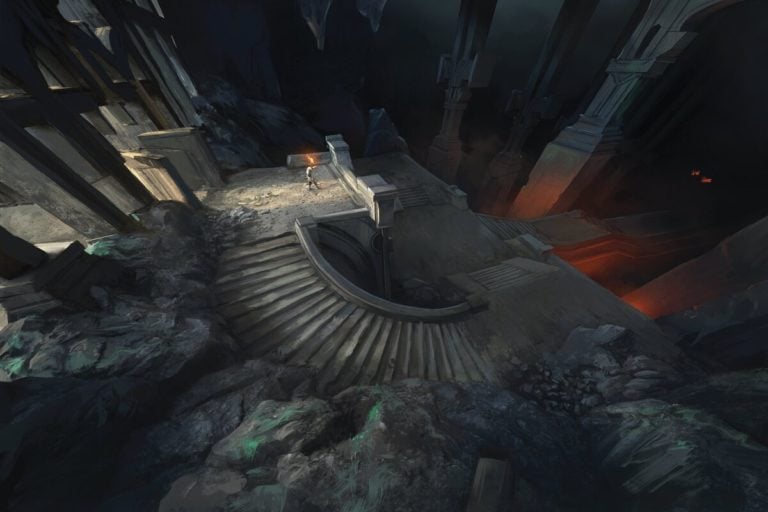 How to venture into MTG dungeons in Forgotten Realms

Wizards of the Coast got mixed up Magic: The Gathering and Dungeons & Dragons via the next one Adventures in Forgotten Realms set, featuring dungeons inside MTG for the first time in history.

Digitally released on July 8 and worldwide on July 23, the Dungeons & Dragons: Adventures in the Forgotten Realms (AFR) will contain a total of three dungeons that players can navigate. Using a new MTG Mechanic call Venture, dungeons are a type of map that works the same way as emblems. the Magic The color White contains the most Venture effects, in synergy with the Blue and the Black. Featured by WotC in the first round of AFR spoilers, here’s a full description of how dungeons and maps work in synergy with the new Magic mechanic.

How dungeons work in AFR?

Dungeons are a type of card that cannot be destroyed and are not an official card in a player’s supply or main deck. Once in a dungeon, players can choose which room to enter via Venture â€” a Magic mechanic on AFR cards that say, “Enter first room or go to next room.” Players move through a dungeon one room at a time when Venture is activated on a map via a spell, activated ability, or triggered ability.

Players can only go through one dungeon at a time and choose one of three to enter. After completing a dungeon, players can return to the same one or choose a different one. A Venture marker indicates which room each player is in a dungeon.

It’s possible that a player could venture into a dungeon in response to a final room ability, according to WotC. When this happens, the controller completes the dungeon without waiting for the last ability in the room to leave the stack. They then start the next dungeon, its first room ability resolving before the last room ability of the previous dungeon.

Dungeon cards can be found in the token slot of a AFR booster. Limited players do not draft dungeons. Cards enter the battlefield in the command zone and are technically in a player’s supply, although they do not occupy space in the supply.

What are the MTG dungeons?

There are a total of three dungeons in AFR: Mad Mage Dungeon, Tomb of Annihilation, and Phandelver Lost Mine. Each card has a different number of pieces and abilities within those pieces.

Dungeon of the Mad Mage contains the most coins, nine coins in total, and ventures into seven rooms to complete. Most likely ideal for stall and control builds, dungeon rooms grant abilities like Gaze, gain a life, and play cards exiled from that controller’s library.

There are a total of seven rooms in Lost Mine of Phandelve. The dungeon supports a wide array of archetypes and is complemented by venturing into just four rooms.

Tomb of Annihilation is unique compared to the other two dungeons, in that bad things happen there. Each room in the dungeon contains some form of inconvenience that can affect the controller or all players except the Cradle of the God of Death, the last room. Tomb of Annihilation has a total of five rooms which can be completed in either three or four rooms, depending on the path chosen.

Venture is a new mechanic in AFR that places a player in a dungeon and moves them through different rooms. Cards with the Venture Mechanic will say, “Enter the first room or move on to the next room.” A player will venture into a dungeon when there are no dungeons in the command zone on the battlefield. When a dungeon is removed from play via the final room agility trigger, the dungeon is complete.

AFR cards synergize with Venture in two ways. Some cards, like Dungeon Crawler, offer players an ability when their controller has completed a dungeon. Other cards, of varying rarities, activate Adventure mechanics through a spell, activated ability, or triggered ability.

New AFR settle down Magic will be released digitally on July 8. A worldwide tabletop launch is slated for July 23.

All images via Wizards of the Coast, Magic: The Gathering.

The lifeblood of the north coast threatened by worsening drought