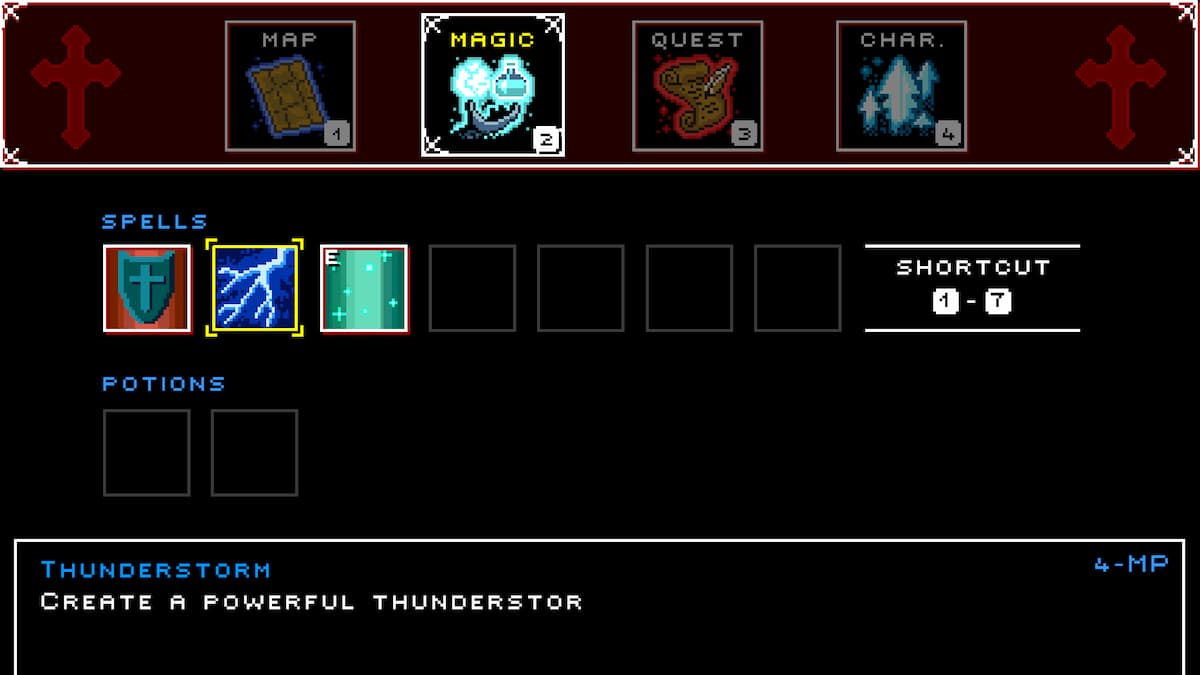 How to get the Thunderstorm spell in Infernax

Infernax gives players several tools to slay the many demons in the world. Among these are various spells that do all sorts of things, including one that lets you call down a storm to deal damage to all enemies on screen. Storm is one of the first spells you can pick up, but it’s entirely missable if you don’t know where to look. Here’s what to do to get it in your hands.

The Storm spell can be found in the Valeshire Keep dungeon. If you look at the map above, it’s the blue dot just below Darsov. To get here, you just need to head west from Darsov, go down once you reach a dead end, then head east until you find the dungeon. Once inside, you will have to face several types of enemies and traps. At some point, you will find yourself at some sort of crossroads. You’ll want to take the west path to pick up a key that will allow you to progress down the east path.

Eventually, you’ll come across the door in the screenshot above. If you don’t have the key we talked about, that door will stay locked. But since you followed our advice, you’ll want to use the platforms above you to climb up and then head east. After a few more Skeleton Warriors, you’ll come across a room with a large chest in the center. Inside is the Storm spell.

As mentioned above, Thunderstorm attacks all enemies on screen. It costs a hefty 4 mana, so use it wisely. We highly recommend using it on the dungeon boss as it instantly takes away two points from his health.