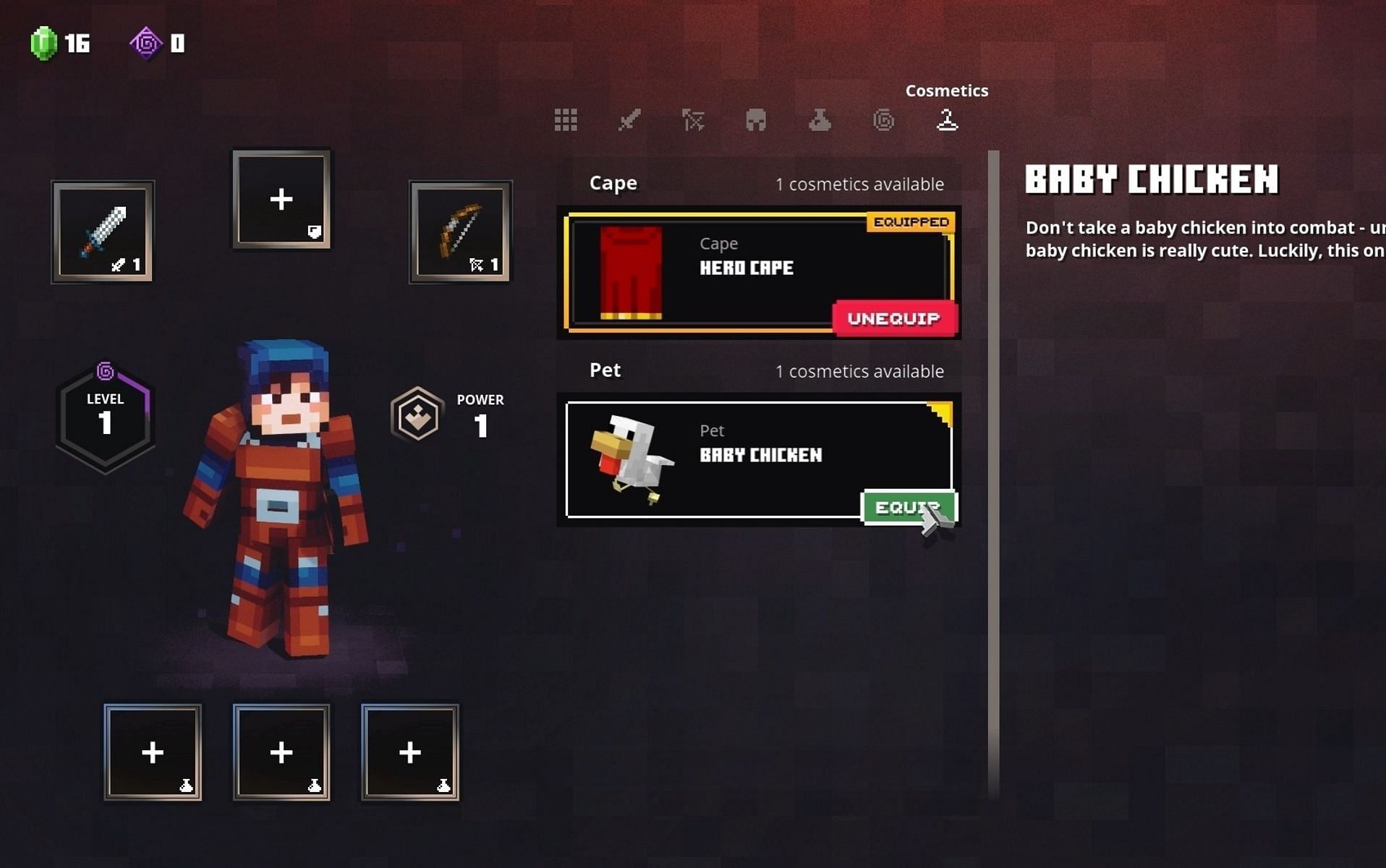 How to get the hero cloak in Minecraft Dungeons

With cosmetic items equipped on a hero’s back as they weave their way through Minecraft Dungeons, capes are a nice aesthetic touch to have. They are obtained either through DLC downloads or by participating in events, and this also applies to the famous Hero Cape.

The hero cape was originally designed as a red cape with a gold border at the bottom, but has since been revised by adding the Minecraft Dungeons logo to the center of the cape as of update 1.2.0.0. Since then, the original Hero Cloak has been renamed the Royal Red Cloak in the game files. However, the current Hero Cloak is still accessible, but will require the purchase of certain DLC in order to unlock it as a cosmetic option.

To get the Hero Cloak in Minecraft Dungeons, players originally had to download the game’s Hero Pass DLC or the Hero Edition of the game itself. This would allow them to use Hero Cape and Baby Chicken cosmetics when traveling the game world. However, both of these options have since been discontinued by Mojang.

Most recently, Ultimate Edition, a new version of Minecraft Dungeons, contains all current DLC expansions as well as perks such as Hero Cape originally contained in Hero Edition and Hero Pass.

For Minecraft Dungeons players who already have the game, the Ultimate DLC Pack is also available, unlocking all DLC content for players they did not yet have access to. This was a way to consolidate all of the content currently available in Minecraft Dungeons long before the arrival of implementations like Seasonal Adventures.

For new and existing players wishing to obtain the Hero’s Cloak, they will need to purchase and download one of these options in order to unlock the cloak as a customization available to their hero.