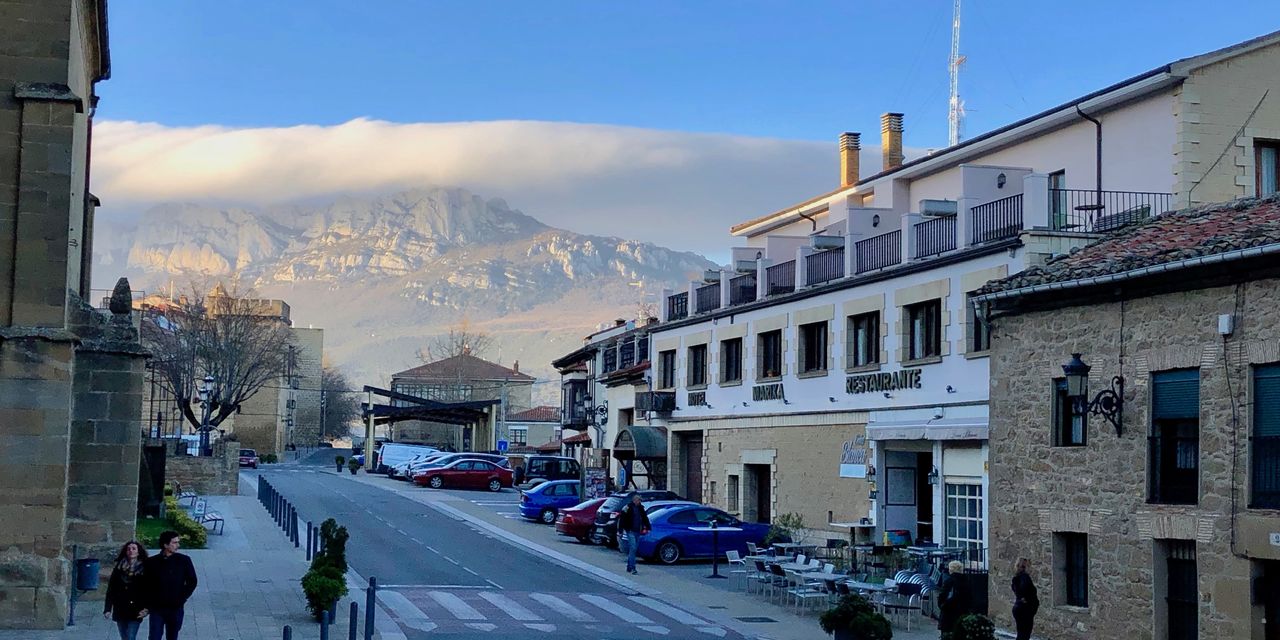 
Spain is currently open to tourism, but with restrictions. Consult the most recent guidelines before planning your trip. Contact all companies to find out the days and hours of operation.

Still largely unknown to travelers, Spain’s northern region of La Rioja has a reputation for producing some of the country’s finest wines. The region is punctuated by sparkling rivers, the rugged mountains of Cantabria and fortified medieval villages whose preserved castles and cobbled alleys have let time stand still. Only a multitude of bodegas (or cellars) – some traditional, others modern – interrupt the magnificent landscape of hills, valleys and vineyards.

Almost 90% of the wine produced here is red, made from the Tempranillo grape, and it is often mixed with small amounts of Garnacha, Mazuelo and Graciano. Beautiful white grape varieties, such as Viura and Tempranillo Blanco, as well as rosados ​​(rosés) are excellent and should not be overlooked.

In the small village of Briñas, just 10 minutes from the town of Haro, Palacio Tondón clings to the banks of the Ebro and overlooks the vineyards. Set in a reimagined 16th century palace, this chic hotel is a wonderful blend of old and new. The 33-room property comprises three wings: the old castle with original stone walls, the servants quarters, and an elegant addition to the original structure. Beyond a restaurant and a wine bar, a terrace allows you to relax and listen to the gentle sounds of the Ebro.

The famous architect Frank Gehry designed the Marqués de Riscal hotel clad in steel and titanium, an avant-garde property in Elciego, Alava. This Marriott Luxury Collection hotel is home to the Michelin-starred Marqués de Riscal restaurant, a wine-inspired wellness-focused Caudalie spa and Rioja’s oldest winery, dating back to 1858. “The city of wine,” as we call it ‘calls, is a destination on its own, where luxury accommodation meets art, architecture and gastronomy.

La Rioja is home to over 500 wineries, so you’ll likely be overwhelmed with choices. Some wineries accept walk-in visits and others are by appointment only. For details, call ahead or check the websites.

In the capital of Logroño, you will have the choice between a multitude of bodegas. The legendary Marques de Murrieta, a magnificent winery where tradition meets modernism in the 19th century Chateau Ygay, is worth a visit. The museum-like space hosts tastings, food and wine pairings and tours.

The town of Haro is also home to several wineries, and one of the main players is Bodegas Muga, located in the station area. Friendly and knowledgeable staff serve the latest vintage, but the space fills up quickly, so get there early. Wine tours are also offered, accompanied by a tasting of two wines.

A labyrinth of cobbled streets dotted with restored medieval buildings, some of which are cellars, meanders through the walled village of LaGuardia. Take a look at the city’s ancient cave system – once designated as security tunnels and dug 900 years ago – at Casa Primicia, where a renovated interior introduces contemporary elements to the oldest civilian structure from LaGuardia. Take a tour and sip wine while savoring the vineyard view from the upper level. A tasting of the award-winning Julian Madrid Reserva, named after the founder of the winery, is available on the “5 Star Tour”.

In the nearby town of Samaniego, Bodegas Baigorri and its minimalist design are a must-see while driving on Ctra.Vitoria-Logroño. This glittering glass facade reveals a modernist “belvedere” that reflects the clean winemaking style of this cellar. Offering expansive views of the surrounding grounds, the seven-tier masterpiece is ideal for tastings and small gatherings. Visitors can book a guided tour followed by a multi-course lunch with four food and wine pairings.

Lose yourself in the Old World charm of award-winning Bodegas Luis Cañas,
a family cellar focused on organic and biodynamic production. The excellent Gran Reserva is a classic Rioja wine. The smooth and silky Rioja Reserva, with its rich tannins and woody vanilla notes, is also noteworthy. Sample these and more at the property, located in the small town of Villabuena de onlylava just 10 minutes from Baigorri.

In LaGuardia, the Posada Mayor de Migueloa is located in a 17th century hotel of the same name. Mainly featuring meat-based dishes such as Iberian acorn ham and Rioja-style sausages with a pot of potatoes, the cozy restaurant also offers a stellar wine list, including a few bottles from its on-site cellar, Bodegas Mayor 1619.

Logroño is a town of pintxos (tapas) bars – there are over 50 of them within a four-block radius – so be prepared to graze. To try, Chef Francis Paniego’s Tondeluna, where 90% of the menu is suitable for celiacs. On the more refined side of Logroño, there is a lot of buzz surrounding the Ikaro restaurant where you would be right to expect a Michelin star experience; the restaurant was awarded a star in the 2020 guide. Offering à la carte and tasting menus, chefs Carolina Sánchez and Iñaki Murua merge Ecuadorian and Basque cuisine in an elegant space.

Tondón chefs at Palacio Tondón team up with local producers to create contemporary seasonal dishes such as red tuna loin with white garlic and black Angus prime rib with grilled potatoes, serving guests in an elegantly designed dining room. But the culinary sensation may be El Portal de Echaurren, located in its namesake hotel in Ezcaray. With the kitchen run by chef Francis Paniego and the wines crafted by his brother José Félix Paniego, the two Michelin star restaurant reflects an education rooted in gastronomy alongside their parents and late brother, as well as the wealthy region of La Rioja.

The author was the guest of the Ruta del Vino de Rioja Alavesa.

The climate crisis turns the world’s subways into flood zones