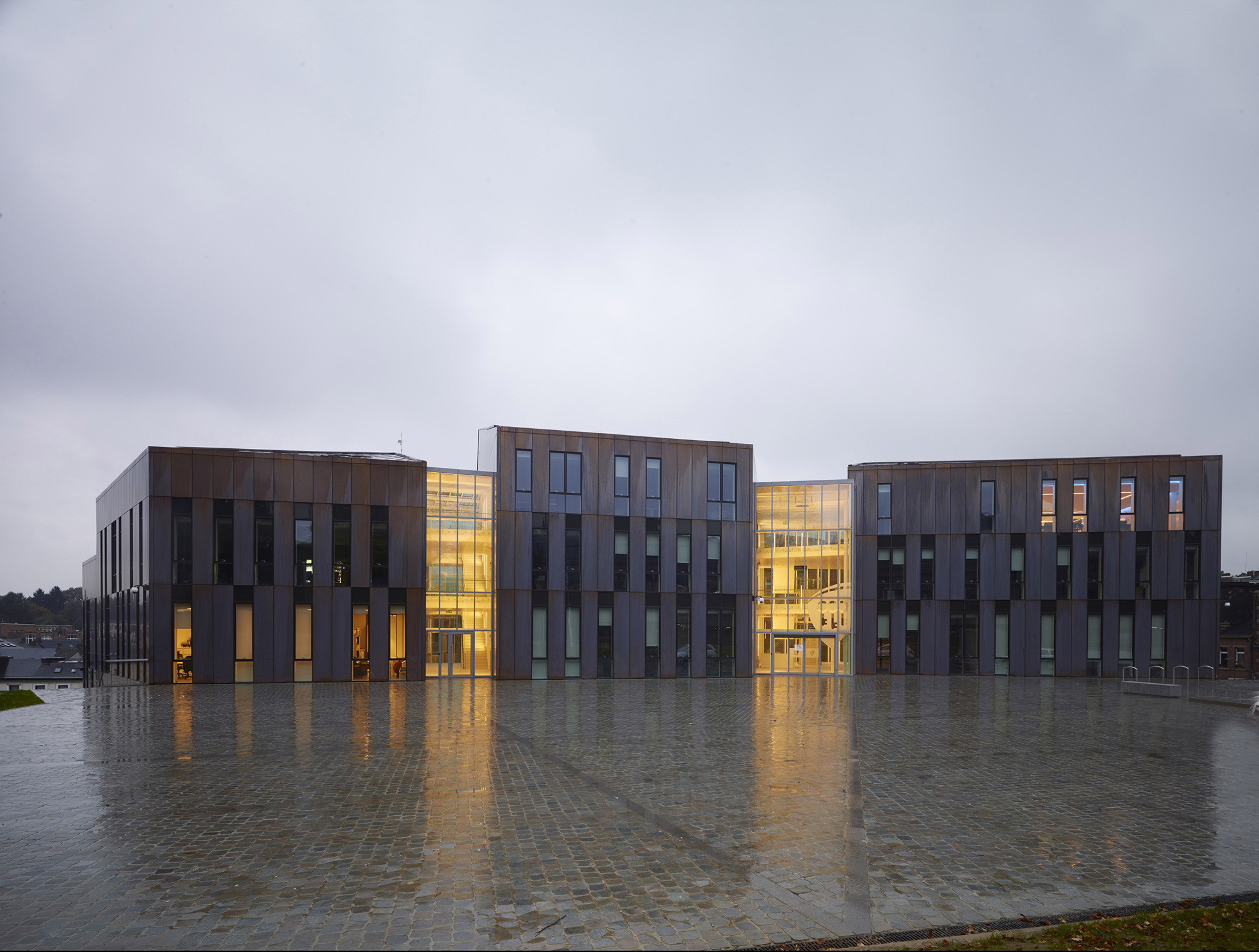 Text description provided by the architects. Gembloux is a medieval city in Wallonia, which is characterized by the historical value of certain pre-existing buildings: the Belfry (bell tower classified as Unesco heritage), the DÃ©canale church and the Maison du Bailly. The city council has decided, by joining the Europan competition, to initiate an urban renewal process based on the project for the new town hall.

We imagined an emblematic place in which to emphasize these symbols even more, using them as extensions of the project itself, focal points of the city, elements in which the new building is grafted. One of the fundamental themes has been the recomposition of the interactions between the park and the city: the park has become a space shared by the city and the town hall, while the new building becomes a theatrical setting to explore.

The new building fits into the irregular urban core of the Place de l’Hotel de Ville, creating a reconnection with the existing urban fabric, thus offering the possibility of devoting the entire south side to the Parc d’Epinal, a garden designed as an urban park linked to the city. The generating views on the Gembloux symbols fragment the new administrative center into smaller parts according to the urban scale while creating a functional program divided into several zones.

The new fragments, entirely covered with copper, settle and emerge from the irregular surface of the park following the variations in elevation and creating an articulated sequence of public spaces complementary to each other. By their juxtaposition, the volumes generate glass diaphragms, suspended voids in the relationship between the rooms, places of transition, movement and perception of the urban landscape.

It is an urban enrichment which uses the idea of â€‹â€‹a new centrality capable of dialoguing, of supplementing, of revealing beyond itself the character of what surrounds it. A work that maintains the connection, even material, with the ancient voice of the city, establishing an interaction that changes slowly according to the different weather and light conditions of the constantly changing surrounding space.