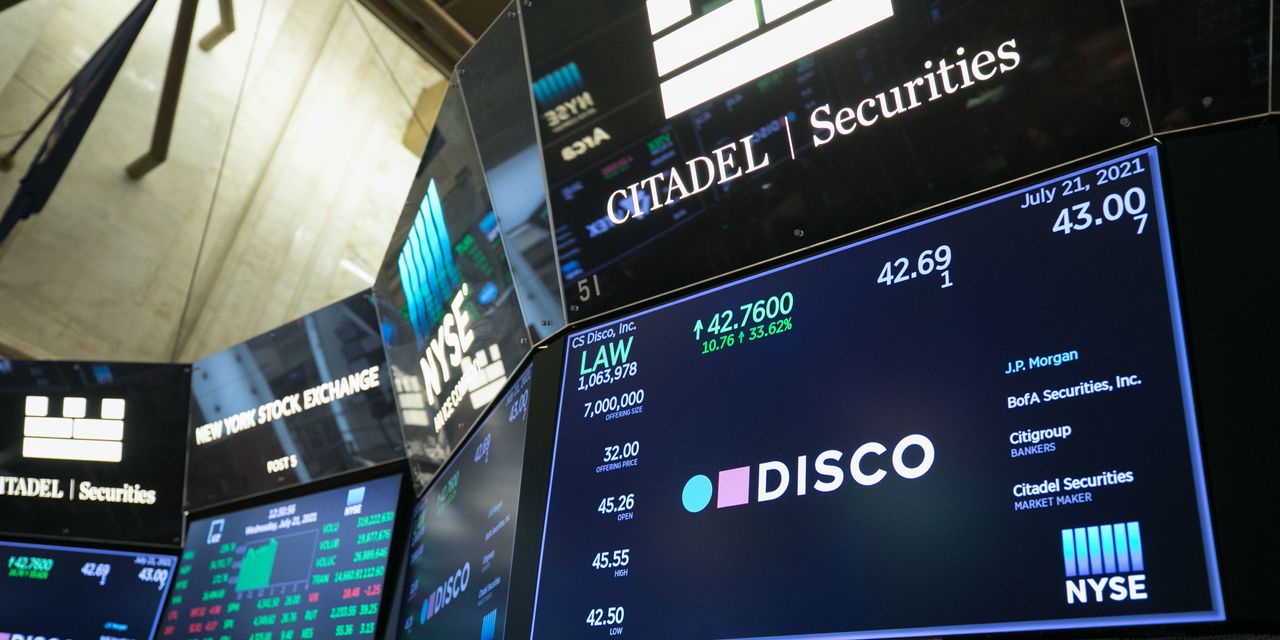 Five companies opened on Wednesday in another big week for initial public offerings.

At least 20 companies are expected to list their shares this week, in one of the busiest times in the IPO market, according to data from Renaissance Capital.

So far this year, 240 companies have gone public using a traditional IPO, raising $ 91.6 billion, according to Dealogic. That’s more than double the 76 companies, valued at $ 28.3 billion, that listed their shares for the same period in 2020.

Paycor HCM, VTEX and Twin Vee PowerCats. CS Disco and VTEX trade on the New York Stock Exchange; the others are listed on the Nasdaq.

Three of the companies, CS Disco, Paycor HCM and VTEX, have set their prices above their expected price ranges. Such increases are usually a sign of strong demand.

and Dragoneer Investment Group have expressed interest in purchasing shares for $ 25 million each at the IPO price, according to a prospectus for the offering.

Founded in 2013, CS Disco provides cloud-based software that aims to simplify ediscovery, legal document review and case management for businesses, law firms, legal service providers and governments. The software allows legal data to be centralized in a single solution, while improving client security and privacy. As of March 31, CS Disco had 909 customers, including DISH,

WeWork, Perkins Coie and Shearman & Sterling, according to the prospectus.

The company has raised $ 365 million in funding, Crunchbase said. Investors include Tiger Global, Lone Pine Capital, Constellation, Endeavor Catalyst, and SoftBank. Tiger Global has indicated that it is interested in buying $ 50 million in shares at the offer price, according to a prospectus.

Founded in Brazil, VTEX provides a cloud-based commerce platform that helps brands and retailers execute their business strategy, including building their online stores, managing orders, and building marketplaces to sell products. from third-party suppliers, according to a prospectus. Customers include L’Oréal,

Paycor provides software that helps small and medium businesses manage their payroll, recruit employees, update personnel information, and comply with tax requirements. Most of its customers, representing 81% of its billings, have between 10 and 1,000 employees. The company has more than 40,000 customers, including the Detroit Zoo, Wendy’s and Two Men and a Truck, according to its website.

Founded in 2006, Kaltura provides technology that powers multiple forms of video, including video portals, town halls, video messaging, webinars, virtual events and meetings, and virtual classrooms. It has more than 1,000 clients including

Launched in 1996, Twin Vee manufactures and markets recreational and commercial power catamarans. It currently has ten gasoline-powered models in production varying in size from a 24-foot twin-engine center console to its newer 40-foot offshore 400 GFX.