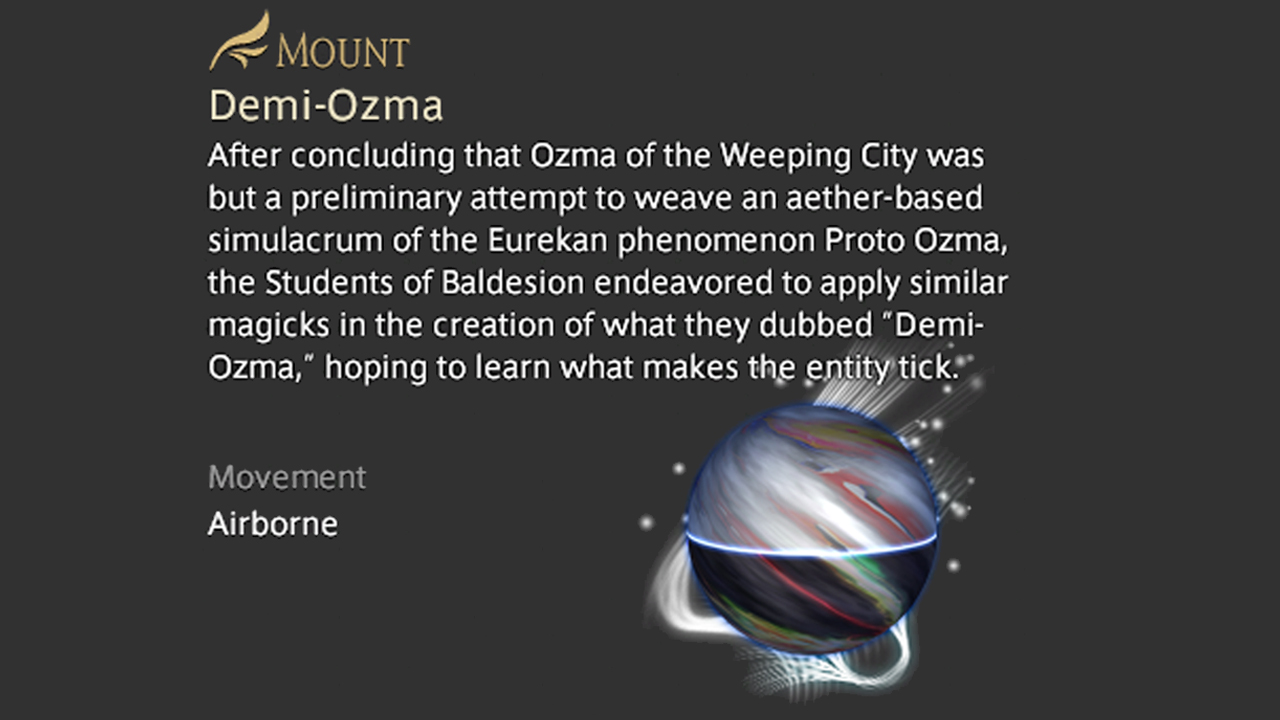 Okay, let’s be real – getting the Demi-Ozma mount can be one of the most difficult tasks in Final Fantasy XIV as of this writing. While most mounts can be obtained through special events, by molding or assembling a suitably structured party of two to twenty-four players, the Demi-Ozma mount instead requires a level of coordination on a whole new level. . Due to the considerable effort involved, it remained one of the few very prestigious items in the game until the DEV team decided to give Eureka’s content a much needed overhaul. Here’s everything we know about how to get the Demi-Ozma mount in Final Fantasy XIV.

How to get the Demi-Ozma mount in Final Fantasy XIV

To get the Demi-Ozma mount in Final Fantasy XIV, you will need to clear the Baldesion Arsenal. To even start trying this high-challenge 56-player open dungeon, you’ll first need to reach elemental level 60 in Eureka and find a group dedicated to clearing content. Check out some tips below on how to start looking for a band to get your clear on.

Unlike Raids, Dungeons, or Trials, Baldesion’s Arsenal is something completely different. Google will be your best place to start as the FFXIV community has created Discord groups based on each data center specifically for Bozjan content as well as Arsenal Baldesion. For example, if you are on Aether then you would like to join the Discord Aether Bozja / Baldesion Arsenal to begin your journey to obtain the Demi-Ozma mount. Make sure to read some guides and watch some videos along the way if you’re feeling unsure.

While it might seem like a lot to get a mount, keep in mind the quirks below for BA and why the community managed to tackle it this way.