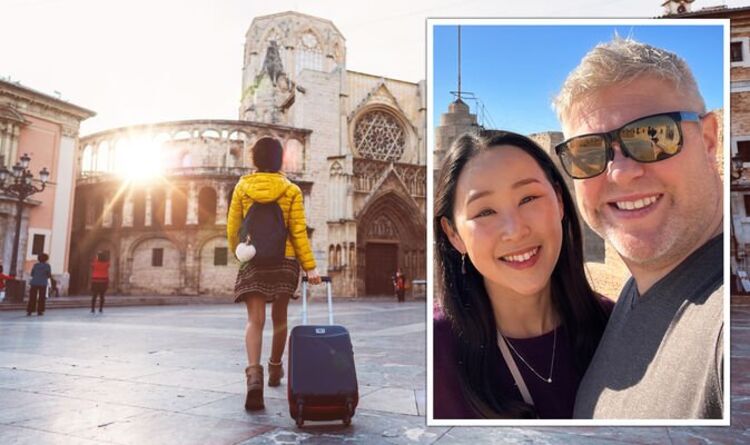 Expats: an expat couple in Spain on the “most difficult part” of their move | Travel News | Travel

Expats Josh and Vicky moved to Valencia, Spain with their dog Hodu. They detailed some of the downsides of moving to a country, along with some highlights.

Josh and Vicky, who post videos of their expat experience on their A Couple of Nomads YouTube channel, told Express.co.uk: “We love our life here in Spain.

“It’s a big country with downsides like all of the other 30 countries we visited around the world.”

The couple, who recently praised open-minded Spaniards, continued: “Spain is a great country, it’s not perfect, but it has a lot to offer, like a quality of life high, great food, safe cities, great people and amazing culture.”

The hardest part of expat life, according to the couple, is something many would relate to if they moved around the world.

“A holiday is not the same as an international move. Once the ‘honeymoon’ stage is over, you will face real life.”

It’s also important to embrace the culture of your new home, they said, adding: “You’ll be away from friends and family and other things you’re comfortable with.

“You’ll have to get out of your comfort zone and try things you’ve never done before.

“So take the bull by the horns. Learn the language, meet new people and try delicious new dishes.

“We believe that here in Spain, with an open mind, you can experience life like never before.”

“When we wake up in mid-January in the morning, it’s as low as 1 degree outside.

“So bring a winter coat, most people here are bundled up in hats, scarves and maybe even gloves drinking a beer on a terrace.”

The weather in Spain varies each season depending on where you live in the country.

However, it does not rain as much in Spain as in the UK.