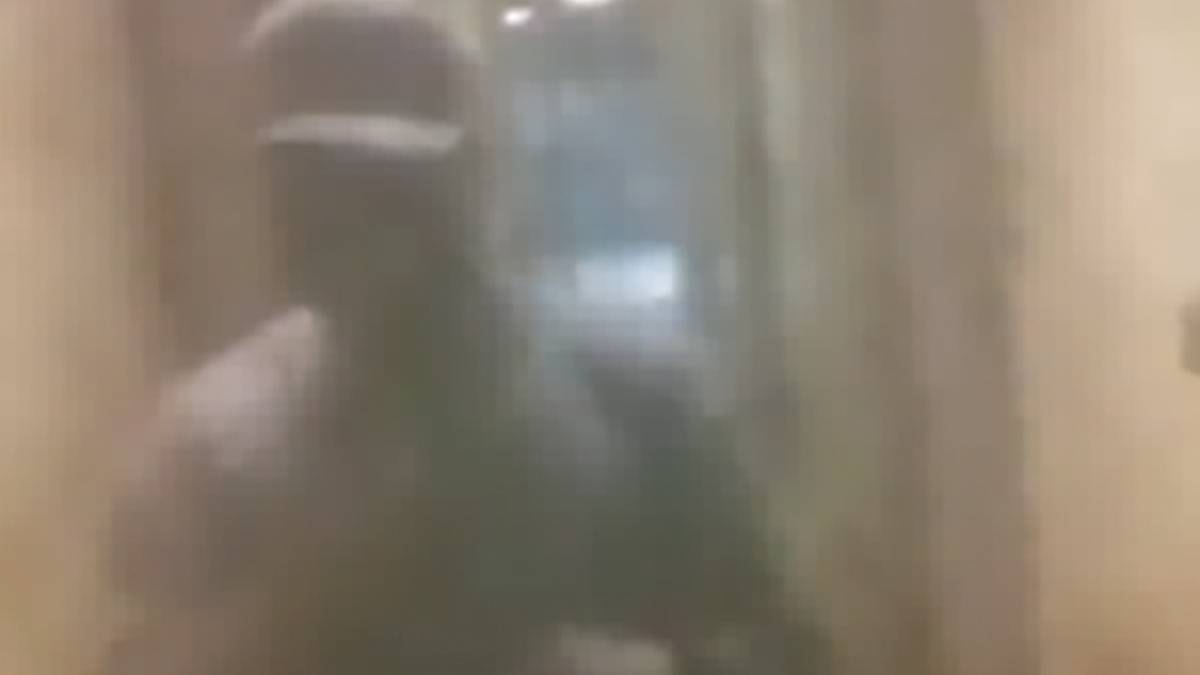 TikTok videos filmed inside prisons are causing corrections headaches, like this one allegedly captured in Auckland’s Paremoremo prison, the country’s only maximum-security facility. Video / Provided

Corrections is retaliating against the trend by searching staff and raiding cells for contraband phones, and filing takedown requests with social media giants.

And now the prisoners are getting in on the action.

A video, since removed from the account that originally posted it but not before it was widely shared, shows inmates doing shadow boxing, with the title “Paremoremo Unit 4” – a unit of high security – emblazoned on top.

“We live, we live, ghost boxing,” an inmate says at the start of the video.

Auckland Prison in Paremoremo houses some of the toughest inmates in the country and has New Zealand’s only specialist maximum security unit.

The phone in the video is obscured by a piece of cloth likely because the prisoners are on a landing covered by CCTV cameras.

“It’s downstairs from the motherf*****s landing, we’re on camera right now, so we’re trying not to get caught.”

This is one of many TikToks filmed behind bars that have come to the attention of corrections, it is understood.

Contraband smartphones are frequently found on prisoners and present an ongoing problem for the department.

Sources say the phones can fetch a huge bounty on the prison black market.

Prison officers are scanned at the gates of jails in Kiwi prisons and face stiff penalties if found bringing in phones or chargers – but the contraband continues to come through.

It is understood that it is easier to get equipment through when starting night shifts, when entry gate controls are supposed to be more lax.

About three months ago, a Senior Corrections Officer member of the Site Emergency Response Team (Sert) at Mt Eden Correctional Center came across a video on TikTok that appeared to have been filmed at the inside a prison cell.

Further investigation revealed that he was filmed inside the cell of a member of the Bloods gang.

When Sert raided the cell on April 13, officers discovered that the prisoner had destroyed the iPhone so that no data could be recovered from it.

The prisoner told officers he bought the iPhone from another inmate, it is understood.

Corrections did not dispute this version of events and said no charges were brought against the inmate in question through the Corrections internal misconduct system.

The department did not say how many TikTok videos have been confirmed to have been filmed inside correctional facilities, saying it would require “substantial gathering” as each incident report would have to be manually reviewed.

Neil Beales, chief corrections officer, said when the department finds prisoners posting on social media, staff flag it with the affected website and ask the company to take it down.

“When we receive information suggesting a prisoner is posting on social media, we urgently investigate to locate and seize any contraband, and hold the prisoners involved to account.

“Prisoners found in possession of contraband can be charged through the internal misconduct system.

“We can, and do, ask social media sites to remove content.”

Beales said corrections uses a wide range of methods to stop the flow of contraband into prisons, an issue he said the department takes “extremely seriously.”

“These include extensive perimeter security, scanners and X-ray machines at entry points, camera surveillance, searches of staff, contractors and visitors, and their vehicles, specialized detector dog teams, including dogs capable of detecting mobile phones, and telephone monitoring of prisoners.

“Some prisoners make extreme and elaborate efforts to smuggle contraband into prison.

“Contraband may be concealed on a prisoner’s body as he enters the prison, posted with mail or goods, thrown over the perimeter fence or smuggled into the prison by visitors.

“Sometimes inmates put significant pressure on their partners, friends or associates to take the risk of trying to smuggle contraband into prison for them.”