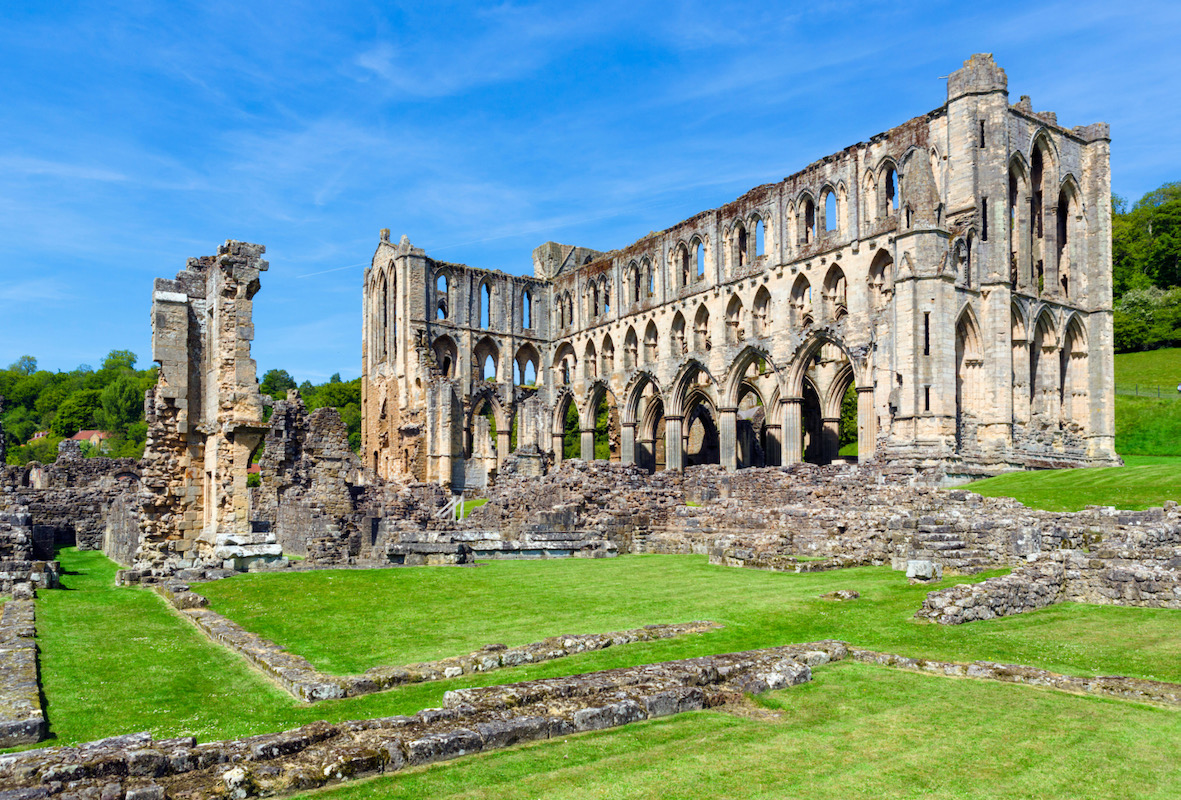 English Heritage has announced that it is embracing the contemplative life in crumbling medieval monasteries across the country.

English Heritage introduces an â€œhour of contemplationâ€ in the monastic buildings and ruins currently in its care.

For a month until October 22, English Heritage will encourage visitors to turn off notifications on their phones, end their conversations and enjoy the last hour of public access to its abbeys and priories in contemplative calm, restoring to this moment the atmosphere and sensitivity of the medieval monastery.

The monastic life is governed by often strict rules which vary according to the monastic order which inhabits the monastery. In the Latin West, the governance of monastic life dates back to the Rule of Saint Benedict, which organized all aspects of the life of the monastery, from the management of the community to its diet, the division of labor and the liturgical model. Saint Benedict encouraged â€œmoderationâ€ in the use of speech, enjoining monks to speak only when necessary or useful.

The monks had to pray the Liturgy of the Hours, eight times a day: Matins, at 2 a.m., Lauds, at dawn, Prime the morning prayer, Terce the mid-morning prayer, Sext at noon, None in the middle of the afternoon around 3 p.m., Vespers around 6 p.m. marking the start of the evening, and Compline were prayed before bed, usually around 7 p.m.

By encouraging silence at the last hour of people’s visit to the monastery, English Heritage not only recalls the general contemplative silence of the monastery, but also the more stringent “Great Silence” whereby the monks ceased speaking altogether after praying Compline. .

The English Heritage program is produced with the help of actor and host Stephen Fry, activist and advocate for mental health, who worked with English Heritage to record an audio intro into Time for Contemplation. The recording, available on the English heritage site, invites visitors to seek peace and inspiration in the monasteries supported by the association this fall and includes a reading from Saint Aelred, the 12th century Abbot of Rievaulx Abbey in Yorkshire.

Dr. Michael Carter, senior property historian at English Heritage, who blogs regularly for The tablet on medieval monastic history and related issues, said: â€œFor those who lived there, these monastic buildings offered the opportunity to experience celestial life here on earth and to discover spiritual inner peace. Throughout the centuries, people have looked to the monasteries now entrusted to English Heritage as havens of contemplation and places of spiritual and physical renewal. With many people having lived through the past 18 months very difficult, we invite visitors to escape their worries for a short time, using the stillness, the chirping of birds, the rustle of the wind in the trees to contemplate and free their spirits. and their minds from the busy, noisy and demanding distractions of contemporary life.

â€œIn a modern world, where people are constantly rushing and expecting to be on the end of a phone 24/7, we often find the silence baffling. Sometimes it is important to step back, center and focus on appreciating the peace and quiet that is unique to these historic buildings – monuments of the human spirit and the divine, our ongoing quest for inner peace and fulfillment.

He quoted Saint Aelred of Rievaulx, who, in describing the majestic Rievaulx Abbey in Yorkshire, wrote: â€œEverywhere there is peace, everywhere serenity and a wonderful liberation from the tumult of the world.

Carter said, “We hope to provide this feeling of serenity to our visitors.”

Rievaulx Abbey is one of 16 ancient monasteries in England participating in the trial. Others include England’s best-preserved Carthusian monastery, the Mount Grace Priory, home to a solitary order of monks, Battle Abbey founded by William the Conqueror following the Battle of Hastings, and the Priory of Lindisfarne, one of England’s most important centers of early Christianity.

The concept of contemplation has a deeper meaning for Christians than modern ideas of “mindfulness”, although they are not unrelated. Christians strongly differentiate between the idea of â€‹â€‹the “active” life and the “contemplative” life, a division similar to that of flesh and soul, or of the world and the Church.

While the active and worldly life is one of constant stimulation and distraction, which constantly demands and carries the burdens of family, economic and political life, the contemplative ideal involves leaving behind things like property, property, public duties and family life so that you can devote your time to prayer and the search for holiness. When the monk chooses “religious life” he becomes in a way a different person, ordained more directly for the supernatural ends promised to all Christians. Although not all Christians can accept the sacrifices of religious life, all Christians have a part of contemplation and contemplative prayer through their observation of the liturgy, as well as many more informal acts of piety such as private prayer, the pilgrimage and the veneration of saints.

Monastic life, although consciously “closed” and separated from the world, is also expressed in charitable enterprises and local commerce. In medieval times in particular, what distinguished religious from their neighbors also made them deeply attractive – their prayers and unique way of life were seen as contributing to the spiritual development of their community and the world.

By making informal secular pilgrimages to the historic monasteries of England and joining in the hour of contemplation, modern visitors will relive on a small scale a history of over a thousand years of monastic life and open a window to a rich and varied world of contemplative thought and prayer.

Two prisoners accused of causing the death of a fellow inmate