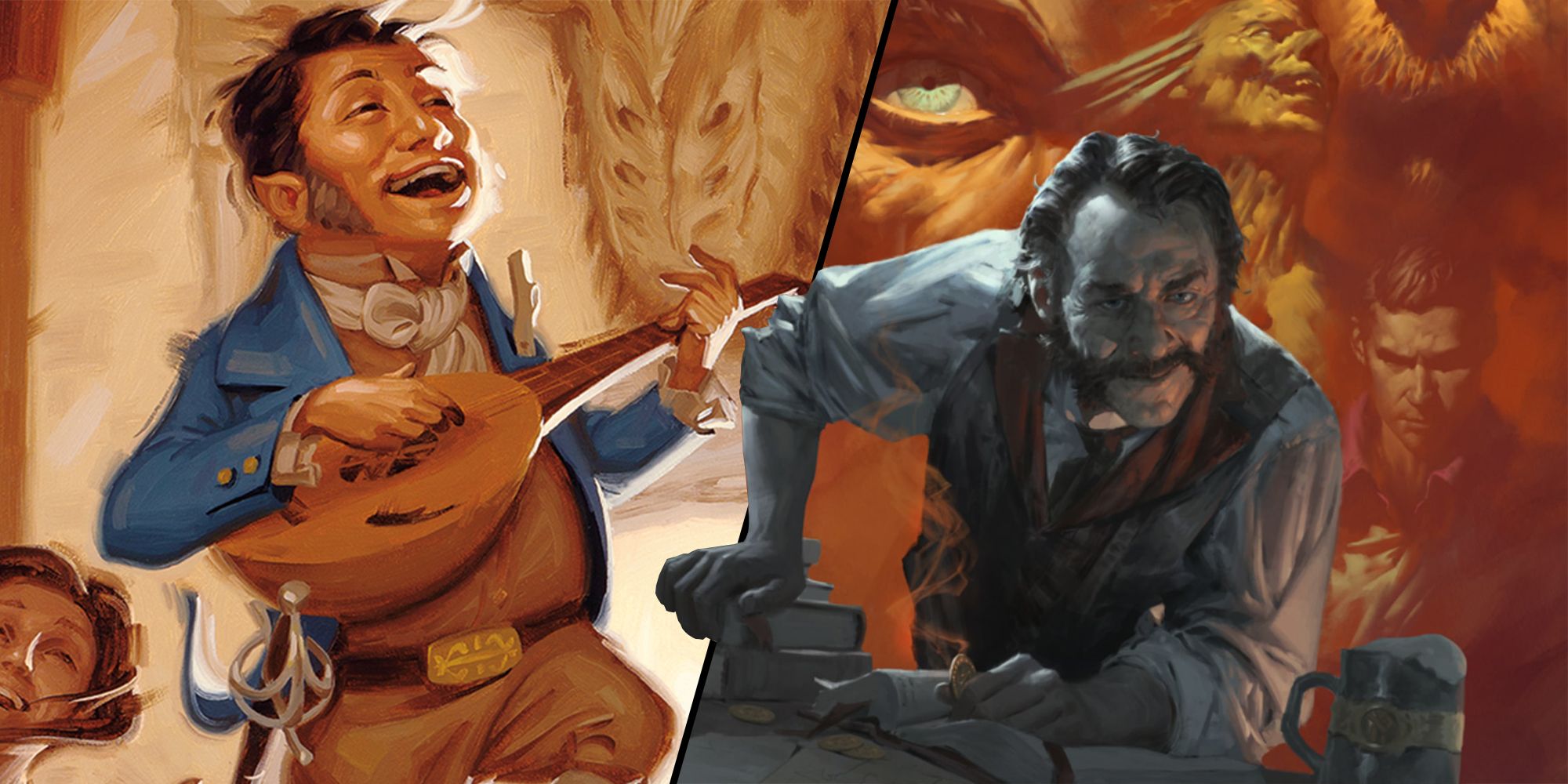 Playing a game of Dungeons & Dragons is a difficult task, but if you are ready it can be a memorable and rewarding experience. Seeing your players immersed in the world you have created and engaging with the story and the characters you have introduced to them is truly satisfying.

One of the most memorable aspects of a D&D game for your players is engaging with unique and interesting NPCs in your game. Whether you are creating an original character for your homebrew world, or want to play as a pre-existing character. -written from existing mods and adventures, there are a few tips and tricks to help you along the way.

A common mistake with new dungeon masters is over-preparation. Writing down too many details about the world, places, and NPCs can take a lot of effort, and most of the time players won’t even know those details as they are usually more focused on the main story.

When writing about NPCs, think about their personalities, goals, and allegiances. There is no need to write a deep story for each individual NPC, and even if it happens during a game, don’t be afraid to improvise based on the conversation.

Not all NPCs have the same level of relevance in the main story, so it’s best to prioritize the time spent developing each character based on their importance. A primary NPC who is directly involved in the quest players take on can have a much deeper backstory and character development. But a simple innkeeper or merchant, or a cartoon character, can usually be improvised as needed.

7
Think about their unique characteristics

One tip that can help dungeon masters implement and play the role of many interesting and memorable NPCs in their game is to focus on their characteristics and manners. You can create various NPCs with different characteristics such as the way they speak, their beliefs, their morals or many other features.

One of the best ways to prepare to improvise new NPCs is to write down a list of names and a few characteristics. Whenever your players enter a new location or talk to a random NPC that you haven’t prepared for, you can use an entry from your list of names and characteristics and easily create a new NPC. This will give players the illusion of playing in a completely fleshed out world, without you having to spend time and energy on every little detail.

6
Involve the NPCs in the story

The easiest way to create an emotional bond between players and NPCs is to involve them directly in the player’s story and goal. Players generally care more about their goals than exploring each location and talking to each NPC, and they spend more time with the characters related to the main story.

If you spend a lot of time writing a few NPCs and like players to interact with them, don’t make them into mere traders or guards who just give players a few clues. Ask them to have personal interests in the quest, help them along the way, or even join them for short periods on your adventures.

5
Set limits for your NPCs

NPCs are the best tool for DMs to tell their stories. But the information you don’t tell players can enrich the story just as much as the details you share with them. Most interactions with NPCs involve players asking them questions. It’s one thing to decide what each NPC knows, but you also need to define how much each NPC is willing to share with players.

You can build different levels of trust between players and NPCs, and depending on how well players help the NPC, how they play the role, and the quality of their charisma checks, they might reveal new news. You can even give your players hints about which NPCs are hiding certain information, to encourage more role-playing.

4
Friendly monsters can be fun NPCs

One of the most memorable social encounters for most players is finding a monster that is generally hostile, civilized, and player friendly. These characters can have unique and interesting stories and introduce a fun dynamic to the role-playing game.

Meeting a religious Goblin Priest, a highly educated scarecrow, or a sympathetic giant can be what your players will be talking about for weeks. If you decide to use multiple monster NPCs, you can give some of them evil objectives so that they can try to manipulate the players and keep the story exciting.

When it comes to introducing new NPCs and engaging players, it’s crucial to give everyone their moment in the spotlight. When players encounter multiple NPCs at once, it is difficult to involve each NPC in the role-play and give them the attention they deserve.

RELATED: Dungeons & Dragons: Awesome Social Encounters To Use In Your Next Campaign

While it’s not impossible to design a social encounter that perfectly introduces several interesting NPCs to players, it is much easier to get them to meet the NPCs one by one. That way, they can hang out with each NPC, and they’re less likely to miss a character you’ve spent a lot of time developing.

2
Acting comes in many ways

One of the most intimidating aspects of being a Dungeon Master, especially with the popularity of shows like Critical Role, is the belief that you have to be a good actor to become a good DM. While acting skills like doing vocals, accents, emoticons, or body language can help you play characters, it’s never necessary.

You can try to find out which skills you are most proficient in and use them to role-play and differentiate unique NPCs. If you’re not good at doing different voices, try to choose a unique body language for each character. If you can’t do accents, have your characters speak at different speeds or use weird and unique pronunciations in certain words. There are many ways to make your NPCs unique, and being a good actor isn’t the only one.

It doesn’t matter how much you personally like certain NPCs, or how much time you’ve spent developing them, it’s up to the players to decide which NPCs are the most interesting and want to spend their time with. So, always assess their interest in different NPCs and accept their choices.

If they’re more interested in your random improvised NPC than the one you’ve spent hours working on, don’t be disappointed. put in the time and develop the characters according to how the players choose to interact with them and involve them more in the story.

NEXT: Underrated D&D Monsters To Include In Your Next Campaign

Give me consoles, throwaway tech, questionable cartridges – I had it all.

A gamer since childhood, Nima studied architecture at the University of Tehran and wrote his first article on the game in a student zine, NAAM. After graduating, he decided to follow his passion and started writing game reviews on a personal blog. Soon after, he started working as a writer with websites and game outlets, and now a writer of list items for the gamer.

Human trafficking: it happens in our own neighborhoods