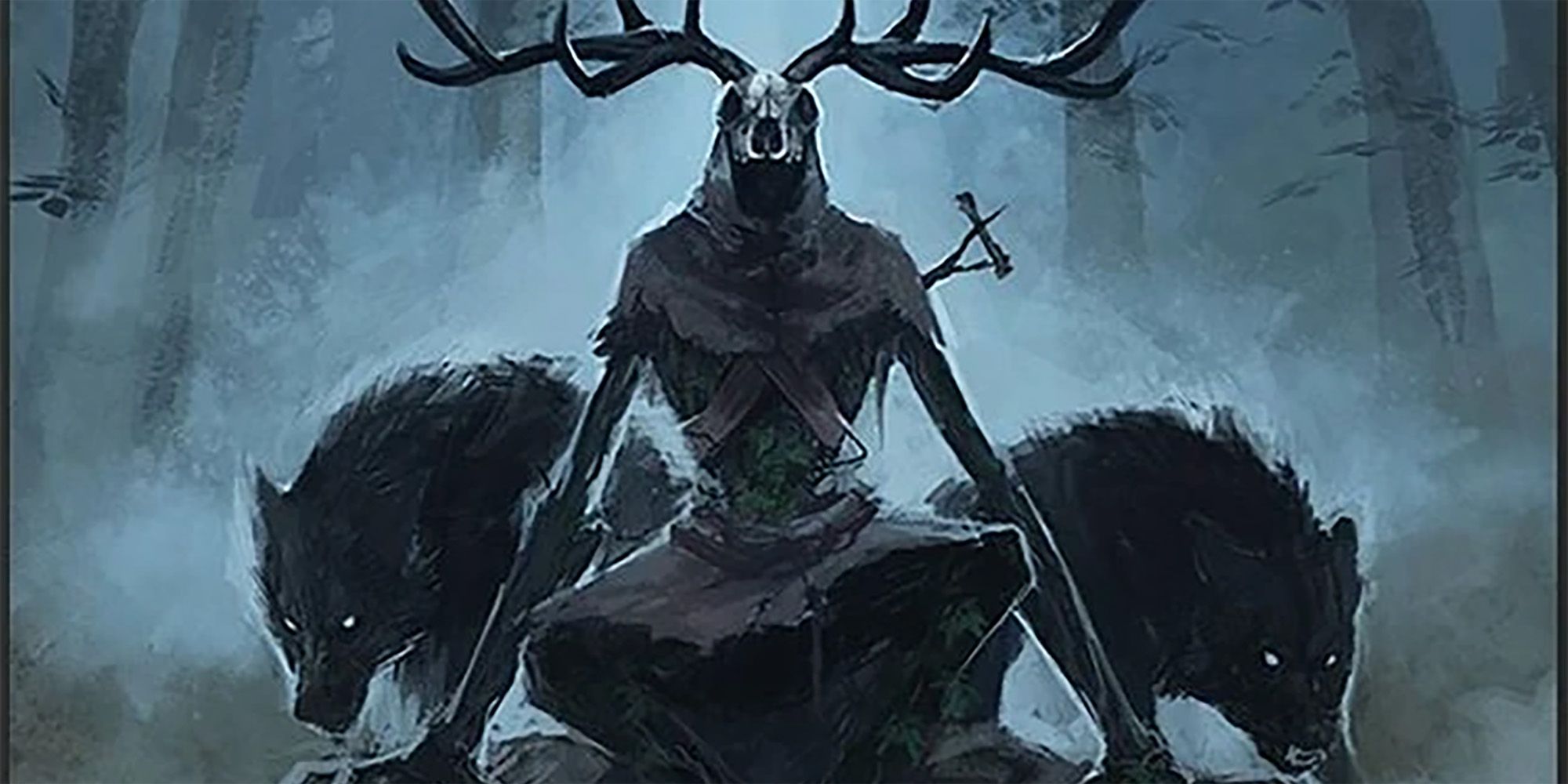 The right build can make the Circle of the Moon Druid an unstoppable force of claws and fangs in any Dungeons & Dragons campaign.

One of the best things about Dungeons & Dragons is that there are an almost infinite number of ways to play. Each class has a plethora of options and subclasses to suit almost any playstyle. If a player wants to be a freedom-loving druid focused on peace and healing, they certainly can, but it also has the ability to be a bestial powerhouse that protects nature. With the right choices, druids can be as fierce as any martial class, if not more so.

The Circle of the Moon subclass takes the druid’s most unique feature, Wild Shape, and makes it their greatest weapon. This enhanced wild form transforms the druid into a relentless beast on the battlefield. There are several ways to build a powerful Circle of the Moon Druid, but a few things should be kept in mind to make them as capable as possible.

Maximize Wisdom and Constitution for Circle of the Moon Druid

Each druid has a high Wisdom score regardless of their subclass. Wisdom determines the number of spells a druid can prepare in a day and the level of her spell save DC. While Circle of the Moon druids don’t use spells in combat too often, it’s useful to have available magick to fall back on when players run out of wild form uses.

A high constitution is also a must for a Circle of the Moon Druid. In fact, players should strive to have a higher Constitution than Wisdom if they can. Circle of the Moon druids can transform into beasts of a higher challenge level than normal druids, which means they can be more powerful creatures that have more health and can do more damage. However, they always return to their normal form when their bestial form reaches zero hit points. A high Constitution ensures that these Druids do not lose consciousness too quickly when face to face with powerful enemies.

Best Racial Choices for Circle of the Moon Druids

Almost any race can work well with the Circle of the Moon Druid. Druids can choose to use the physical stats of the animal they became while using Wild Shape, which can help cover low Dexterity or Strength scores. That being said, dwarves tend to outrank others when it comes to this subclass. Dwarves get a +2 to Dwarven Constitution and Combat Training, which grants them proficiency with a number of weapons. All of this will turn a player’s druid into a reservoir of damage while also being able to do damage when not using their wild form.

RELATED: Dungeons & Dragons: How to Build a Powerful Multi-Class Warlock/Cleric

The Hill Dwarf subrace makes this choice even better with its functionality. Hill dwarves get an extra +1 to wisdom, which is great for spells. Dwarven Toughness also increases the Druid’s hit points with each level gained, allowing the Circle of the Moon Druid to constantly frustrate enemies by refusing to go down, no matter how much damage they take. A human variant or a Firbolg are also useful choices for character race.

Best Achievements For Circle Of The Moon Druids

While this may prevent the player from maxing their Wisdom or Constitution, they do have the ability to take an achievement at certain levels. Druids in the Circle of the Moon won’t be able to cast spells in Wild Form until level 18, so it’s best to avoid exploits that affect spells in favor of those that still provide benefits in Wild Form.

Mobile makes any beast fast which the Druid transforms even faster. It also allows the player to employ hit-and-run tactics against enemies without having to worry about attacks of opportunity. Resilient is also a good choice, increasing the player’s chosen ability score by one and giving mastery over saving throws in that ability. Choosing Constitution means more health and an easier time maintaining spell focus even in Wild Form. Finally, Sentinel is a great option for those who want to make sure enemies can’t evade them or harm their less tanky allies.

RELATED: How to Build Doctor Doom in Dungeons & Dragons

Best Pets for Circle of the Moon Druids

An ideal animal for ground combat is the giant wolf, as it is great for tracking and stealth. They also have Pack Tactics, which gives advantage on attacks as long as an ally is within five feet. A Giant Scorpion or Giant Spider is also a viable option as they have a lot of health and can deal poison damage. Once the druid gains the ability to transform into a flying beast, the giant eagle is a great option large enough to pick up allies and fly them around the battlefield. It’s best to work with your dungeon master to come up with an appropriate list of beasts your druid can transform into.

KEEP READING: Dungeons & Dragons: How to Build the Perfect College of Spirits Bard

Ryan is a feature writer for CBR who grew up on anime, video games, and fantasy novels. They turned that strong passion for media into a Bachelor of Arts in Creative Writing and Screenwriting from LSU in 2021. They are a self-proclaimed Dungeons & Dragons fiend and a #1 Naruto fan. You can find their unsolicited opinions and writings at bewildering thought

Even prison is not free; some prisoners forced to pay for ‘better services’