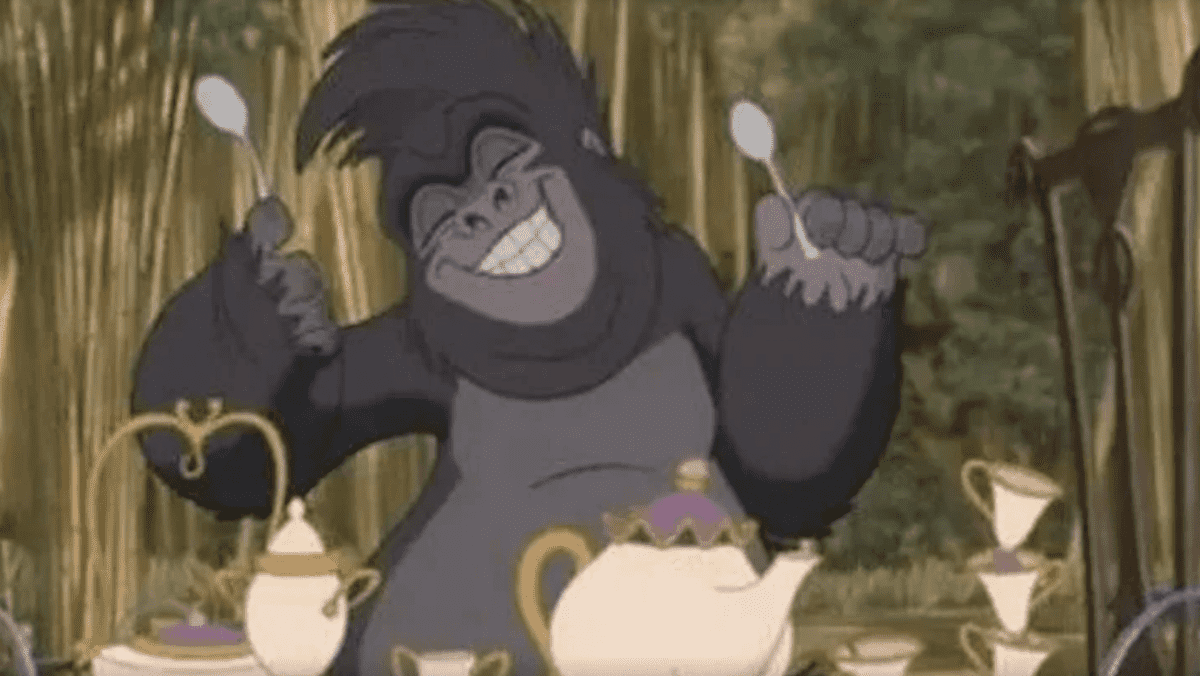 For many fans, their love for Disney began after watching one of the many movies Disney has released in nearly a century. Whether timeless classics like Snow White (1937), Pinocchio (1940), and Peter Pan (1953), or more recent movies like Lucas (2021), Encanto (2021) and Turning Red (2022), Disney has a way of portraying stories that delight the whole family.

Perhaps one of the most talked about films of the late 90s is Tarzan (1999). One of Disney’s first films to use 3D technology and the last film in Disney’s Renaissance era, Tarzan depicts the story of an orphan boy raised by a family of gorillas and eventually accepted as one of theirs. As Tarzan grows into a young man, his life changes forever when he finally meets other humans with whom he feels an immediate and irresistible connection.

One of the reasons this film is so discussed online is its soundtrack, recorded in multiple languages ​​for different markets, with Phil Collins performing the English, Italian, German, Spanish and French versions of the soundtrack. Phil Collins composed the soundtrack with help from Mark Mancina, winning a Grammy Award for Best Soundtrack Album and winning Collins an American Music Award.

Many Disney fans are constantly debating online and even creating memes regarding Phil Collins’ performance on the Tarzan soundtrack, saying he went “too hard” on the music for this beloved Disney film, with little to no real explanation as to why.

However, Bobbi (@theafternoonspecial) recently posted a video on TikTok explaining what Phil Collins did to make this film’s music so distinct and distinctive. In it, she explains that the soundtrack is indeed really good and the main reason for that is that it’s not Disney music, as she further explains.

As mentioned, Tarzan concluded a period in Disney films known as the Disney Renaissance that ran from 1989 to 1999, including films like Beauty and the Beast (1991), Aladdin (1992), The Lion King (1994), The Hunchback of Notre Dame (1996)and Hercules (1997), among others, most of whom are known for releasing some of Disney’s most popular songs including “Part of Your World”, “A Whole New World”, and “The Circle of Life”, to name but a few- one.

All of these films and songs have a particular sound to them, and that’s because many of the lyricists and composers working on these soundtracks came from Broadway. Phil Collins, however, attempted to pay homage to the sound created during that decade but added a rock approach to the soundtrack of Tarzan, with heavy use of percussion.

Bobbi adds that the soundtrack stands out because Tarzan isn’t the one singing and Phil Collins’ voice is meant to be Tarzan’s interior monologue, explaining emotions he may not have of words, like what is done by Randy Newman in Toy Story (1995)where Newman serves Woody’s interior monologue.

You can see his video below or click here to watch it.

Tarzan had significant representation at Disneyland, with a controversial encounter with a character and an attraction being torn down and reimagined.

Disneyland Park is currently making significant upgrades to several attractions, with Pirates of the Caribbean closed for renovations and Tarzan’s Treehouse awaiting a complete reimagining. Toontown is also gearing up for a massive change that will be revealed in 2023 with the reopening of the land and the debut of Mickey and Minnie’s Runaway Railway. However, there is still so much for guests to do! Now that the Main Street Electric Parade and other spectacular nighttime spectacles have returned to the parks, visitors have so much more to look forward to on their next visit. Walking to Sleeping Beauty’s castle is always a dream, especially when you can step inside and relive the story of Aurora and Maleficent. Classics like “It’s a Small World”, Mr. Toad’s Wild Ride, The Haunted Mansion, Matterhorn Bobsleds, Splash Mountain, and more will make you feel the magic and have you craving a churro! Plus, now at Disneyland, visitors can enjoy Star Wars: Galaxy’s Edge for Blue Milk or Green Milk and ride Rise of the Resistance and Smuggler’s Run.

What is your favorite Disney movie? Let us know in the comments below!

Want to watch classic Disney movies, including Peter Pan (1953), Pinocchio (1940), Dumbo (1941), Snow White (1937), Fantasia (1940) and many more? What about Star Wars? Marvel Cinematic Universe? Disney+ is home to these stories and more! With the next series of She-Hulk, What If…? Season 2, Echo, Ms. Marvel and Agatha: House of Harkness, plus Obi-Wan Kenobi, Chip ‘n Dale: Rescue Rangers, Baymax! and Hocus Pocus 2, Disney+ will keep Disney fans entertained for hours. Click here to watch today!