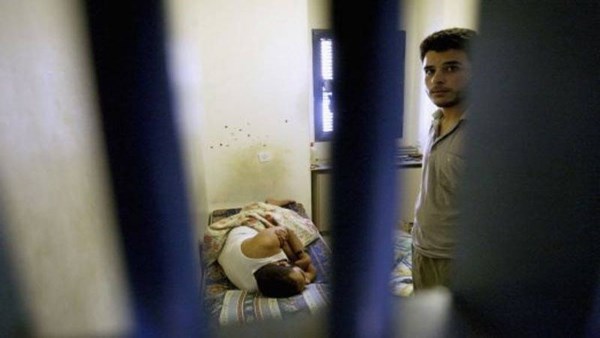 The head of the research and data department of the Palestinian Commission for Detainees Affairs claims that 600 Palestinian prisoners suffer from illnesses.

Some 600 Palestinian prisoners are suffering from illnesses in Israeli occupation prisons, Abdel Nasser Farwana, head of the studies and documentation department of the Commission for Detainees and Ex-Detainees Affairs, said on Saturday.

Farwana pointed out that the prisoners go through tragic circumstances, brutal treatment, atrocious tortures and the criminality committed by the Israeli occupation against Palestinians imprisoned in Israeli prisons.

“Many of these prisoners suffer from serious illnesses such as cancer, and they suffer from critical health conditions in light of the occupation authorities’ deliberate medical negligence,” Farwana said.

Prisoner Nasser Abu Hmeid “is dying in prison, and some prisoners suffer from physical, psychological and sensory disabilities”, he said, warning that all Palestinian prisoners were held in inhumane conditions without receiving medical care. appropriate medical procedures and subject to medical negligence.

“This problem exacerbates their suffering and worsens their health condition, and it could lead to martyrdom for some of them, as it has already happened for others,” Farwana noted.

The official called on all agencies and organizations involved in prisoners’ rights and human rights to “defend the prisoners of Palestine in agreement with each other and develop a common vision to internationalize the medical issue, as well as ‘to launch a serious international campaign to save the lives of sick prisoners and protect other prisoners from the danger of catching diseases in Israeli prisons.

Prisoner Abu Hmeid with cancer, occupation refuses to release him

Abu Hmeid’s brother said Al Mayadeen two days ago his brother was subjected to a slow death from medical negligence. “The latest medical report calls for my brother’s release, but the Israeli occupation has yet to respond.”

The Palestinian Prisoners Club said on Thursday that Nasser Abu Hmeid, a critically ill Palestinian prisoner with cancer serving a life sentence in Israeli occupation prisons, is currently battling death due to the worsening of his state of health.

Meanwhile, the Wa’ed Prisoners Association warned that Abu Hmied had reached a dangerous stage, noting that the cancer had spread to the prisoner’s body about a year and a half ago.

The Association pointed out that the Israeli occupation had committed a crime of systematic medical negligence against Abu Hmeid with the aim of killing him slowly.

He pointed out that the Israeli “Asaf Harofeh” hospital had waived its medical responsibility for the prisoner with cancer and recommended his release, while this decision came after Abu Hmeid had entered the phase of clinical death.

Seven of the most ‘haunted’ pubs in and around Sheffield, including Ball Inn, Ye Old Harrow and Three Tuns