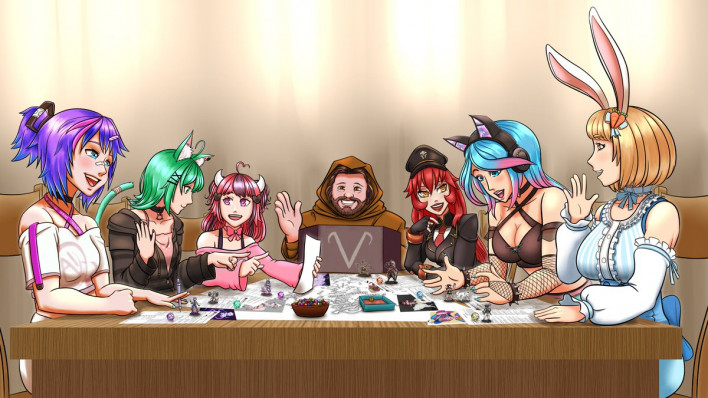 Devin Nash opens up about Arcadum allegations, drops him from Novo

Arcadum has been accused of sexual assault and emotional manipulation by several women in his D&D circle. Most of the accusations came to light earlier today, with the most serious being a time when Arcadum allegedly tried to impose himself on a friend several times. Screenshots also showed Arcadum manipulating other girlfriends into participating in online sexual activities.

The Dungeons & Dragons community was shattered when the allegations were published. A quick glance at a thread showed that at least nine women had similar experiences with Arcadum, making it difficult to deny the claims.

One fan said: “I don’t think you understand how hurt I am… I spent months watching your feeds and even started doing fan art. I was so inspired it Barely 24 hours ago, I wanted to start a dnd club at my school. I wake up the next day and find this … ”

Another said: “I was looking forward to your games every day … I had fallen in love with your world and what you created. Do you know how many hours I spent watching you DM “My soul is feeling broken right now. I ‘I have NEVER felt this betrayed before. I hate you. I hate you so much.”

As the D&D community continued to react to the accusations, Nash decided to move forward with his own reaction. In a TwitLonger, Nash said that a third party investigation was offered to Arcadum when he told a different story than the female victims. In response, Nash said “the investigation is no longer necessary.”

Arcadum’s contract was immediately terminated with Novo. Nash also advised Novo’s partners to do the same. The streamer admitted that reducing business with Arcadum resulted in the loss of $ 20,000 in merchandise inventory and business transactions.

“I am also moving away from my involvement in the games and the D&D brand of Arcadum on a permanent basis. I want to make a clear statement: we stand alongside the courageous women who have stepped forward despite the difficulty and pressure to do so. I encourage others to do the same. “Nash said.

In the TwitLonger, Nash said he was previously honored to represent Arcadum because of what the popular DM was doing for Dungeons & Dragons. He fell in love with Verum, the world of Arcadum. But now he just feels “beyond betrayal and disappointment.” But more importantly, Nash said, he felt sorry for the women affected by the situation.

Nash said: “I’m tired of having to see tweets from women suffering from this kind of abuse without any recourse. Fortunately – and finally – I’m in a unique position to show that in this industry stocks can and should. have consequences. Matt and I started Novo to tackle predatory ethical practices in this industry. We are taking one more step in that direction today. We wholeheartedly condemn this behavior and will not suffer it. ”

13 fun things to do in Warwickshire