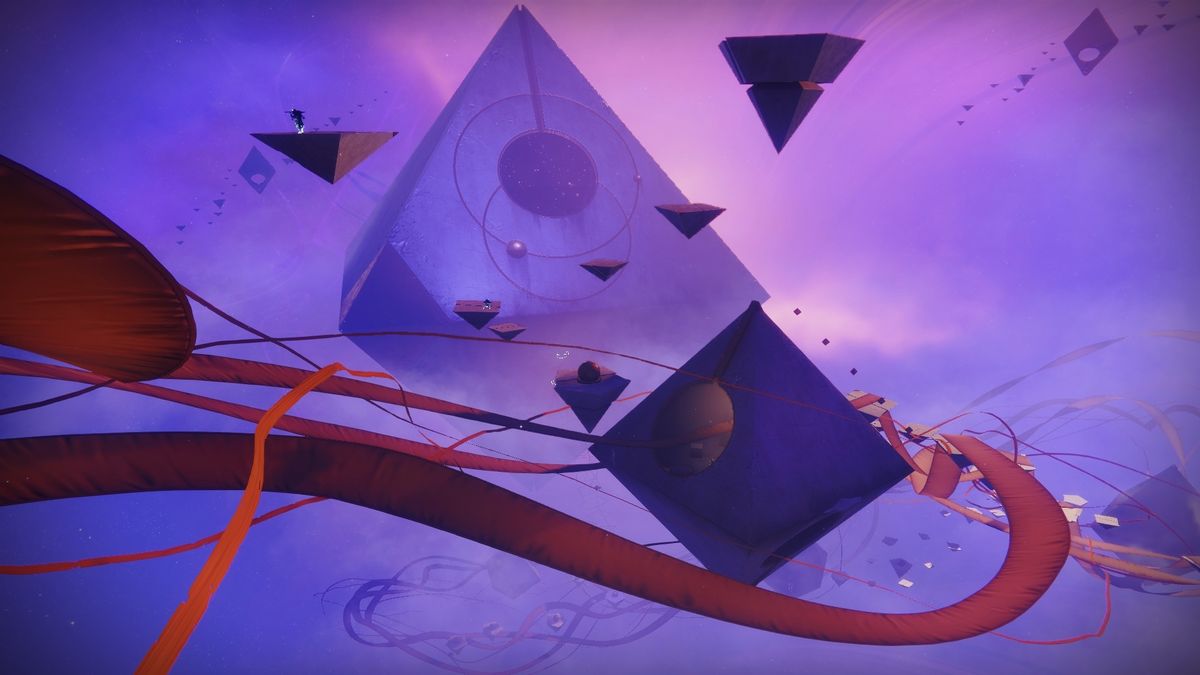 Destiny raids have always been the premium endgame activity. But they are not always accessible to all players because raids require a squad of 6 to face. It’s here that Dungeons Come in. They’re a good compromise for something akin to mini-raids with 3-player activities and no matchmaking. Similar to Vault of Glass, which returned to the game in the Gluer Season, the Prophecy Dungeon is available for free-to-play players. For players who haven’t tried any of Destiny’s endgames, Prophecy Dungeon is a great place to start as it has a low recommended light level that’s easily achievable.

The raid is divided into the following encounters:

Once you’ve killed the Taken Knights, they’ll drop either light or dark grains depending on where you are. If you are in the shade, dark grains and light grains fall when you stand in the light; it is indicated at the bottom of the screen.

Once you have collected five grains, you will have a maximum of grains, and this is where you need to go to a deposit plate where the light grains are to be deposited, and the same goes for the dark grains. Once all the grains have been deposited, the doors will open and we will go to the first real encounter in the dungeon.

This is the first real encounter of the raid. When activated, a large phalanx will appear in the middle of the encounter arena. The arena is small and you have to be careful not to get pushed back by enemies. The phalanx has an immunity shield and to remove it you will need to drop light and dark grains on the plates similar to the one from the first encounter.

Once the motes are deposited, all players will have to damage the boss. Swords are a great option here with Bubble or Well to damage the phalanx as much as possible, and after that repeat the same steps and damage the boss until he dies. This encounter gives the first loot of the dungeon.

Loot possibilities at the encounter:

After defeating the first boss, stand on the sand in the middle with your team of firefighters and dive into the Wasteland. Travel the desert on your sparrow while looking for plagues caught in the area and following a luminous ball that will guide you through them.

This encounter doesn’t have a chest for itself but there is the first one secret vault located in the area that will give random loot from the Prophecy Dungeon. Then follow the light ball to an opening in a monolith until the next encounter.

Meeting with the hexahedron

This next encounter is more of a puzzle encounter than a boss. Here, players will be dropped off in a cube-shaped arena. There are patches of sand on the ground and on either side of the cube.

It would be necessary to collect and deposit grains under the plates according to which side appears the luminous ball. Once done, everyone should move to the center where you are teleported where the plate and light move under you. This needs to be repeated until a particular side moves under players where two Phalanx bosses appear with no shield and less health. Once defeated, you will have completed the encounter.

Loot possibilities at the encounter:

Once the encounter with the Hexahedron is over, your fire team would be back in the Wasteland, but after a boss spawns at another monolith entrance where one of them will be dropped into the Dead Sea, this which is more of a pit stop than a meeting. Here, just follow the ribbons all the way down on your sparrows and try not to grow ribbon.

Similar to the Wasteland encounter, he doesn’t have a chest for himself. But there is the second and last secret vault located at the end of the sparrow trail.

This is the last part of the dungeon and the most difficult part. Here I would recommend high damage super and long range weapons for boss damage.

When the encounter begins, there would be appearances of the boss in three corners of the arena and each has a light or dark plate in front of them in a seemingly random fashion. they are to be treated the same as other encounters and when the particles are dropped an Ogre spawns to damage the team. After all three corners are dropped, the sand slab in the middle opens, revealing the boss room.

In this last room, the boss will move from the front of the arena to the back and players will have to continuously move near the boss. If one is too far away, a debuff called Dark Entropy appears and kills players who are too far away. The boss will also attack you alongside the many snipers in the arena and stomp you if you are close. Most importantly, he throws a wave at you that teleports players away from him. We must therefore find shelter against this and harm the health of the boss. If it is not damaged enough, you will have to go back to a new room to redo the part of the 3 plates and start over. But once that is done, you and your team will have conquered the Dungeon of Prophecies.

Final note, the boss drops any piece of Moonfang armor. And players will be teleported to the emissary who will offer them one of the following loot:

At the time of writing this guide, it has been confirmed that Trails of the Nine weapons are dropping in the Season 15 dungeon. This was done in order to make the weapons more thematically relevant.

So the changes, according to the old loot pool, still need to be specified. Until then, it’s just loot to hunt while playing in the Prophecy Dungeon.