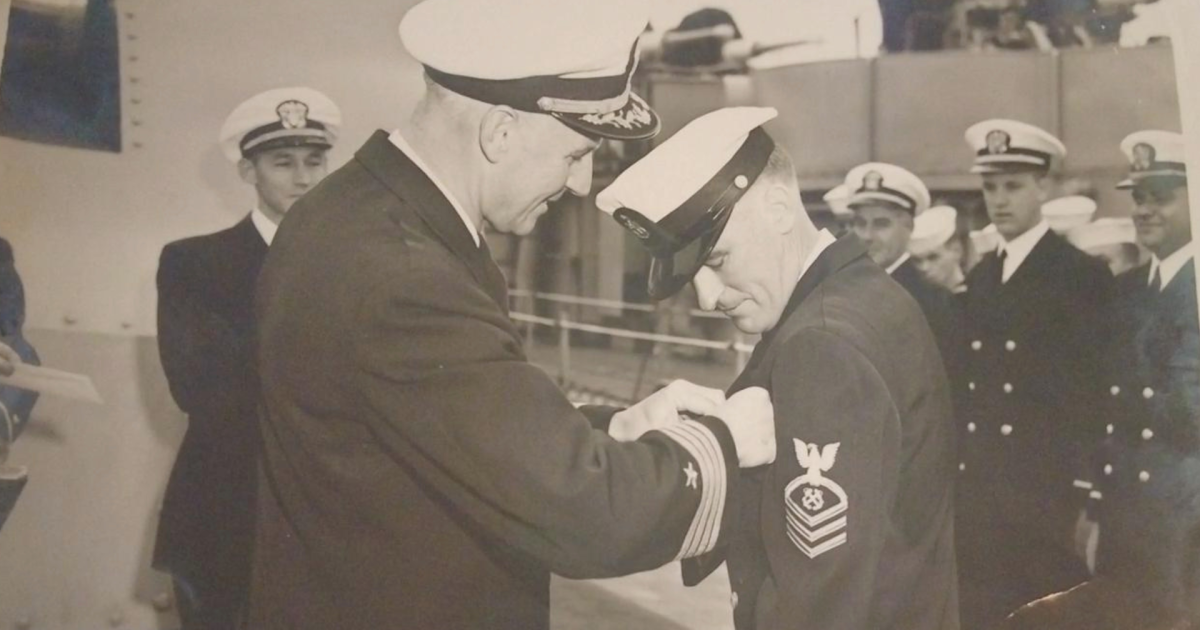 HAMILTON, Ohio — Sitting in a Dutch hospital in Java during World War II, Marvin Sizemore watched the USS Houston roll out of port, leaving it behind.

“They heard there was a Japanese battle fleet just outside where they were anchored, and they pulled back and I was there in that hospital,” Sizemore said. “They sank that night.”

368 of 1,061 aboard USS Houston survived. The remaining sailors and marines, including Sizemore, were captured by the Japanese and found themselves building the Burma-Thailand Railway as POWs.

Sizemore was in a camp in Rangoon.

“We had Americans, Australians, English and a few Dutch,” he said. “I had a lot of respect for those Aussies – they were tough.”

He is one of the last surviving prisoners of war to have built the railroad.

Sizemore said that during his captivity the daily rations consisted mainly of rice three times a day with very little meat. And he remembers guards kicking prisoners if they fell to the ground.

In addition to physical violence, disease was rampant with prisoners suffering from malaria, cholera and dysentery.

“I was a firm believer if you wanted to die, you could lay down and die whenever you wanted,” Sizemore said. “Just give up, that’s all. A lot of guys have done that.”

While he said it was surviving one day at a time, those days were often a little better thanks to a few guys in the group telling jokes and doing things to bring some levity to the day.

He and his fellow surviving POWs were released in September 1945.

For some, it would have been the end of their military service. However, that was not the end for Sizemore who went on to serve nearly twenty years in the United States Navy. He retired as chief petty officer in August 1959.

After his military service he would serve with the Oxford Police Department, retiring in 1980.

This year Sizemore turned 100 and hit another big milestone. He and his wife Helen celebrated 73 years of marriage.

As for navigating through life, he offers this simple advice.

“You should never take things too seriously,” he said. “Life is too short for that.”

If you have a veteran story to tell in your community, email [email protected] You can also join the Homefront Facebook group, follow Craig McKee on Facebook, and find more Homefront stories here.