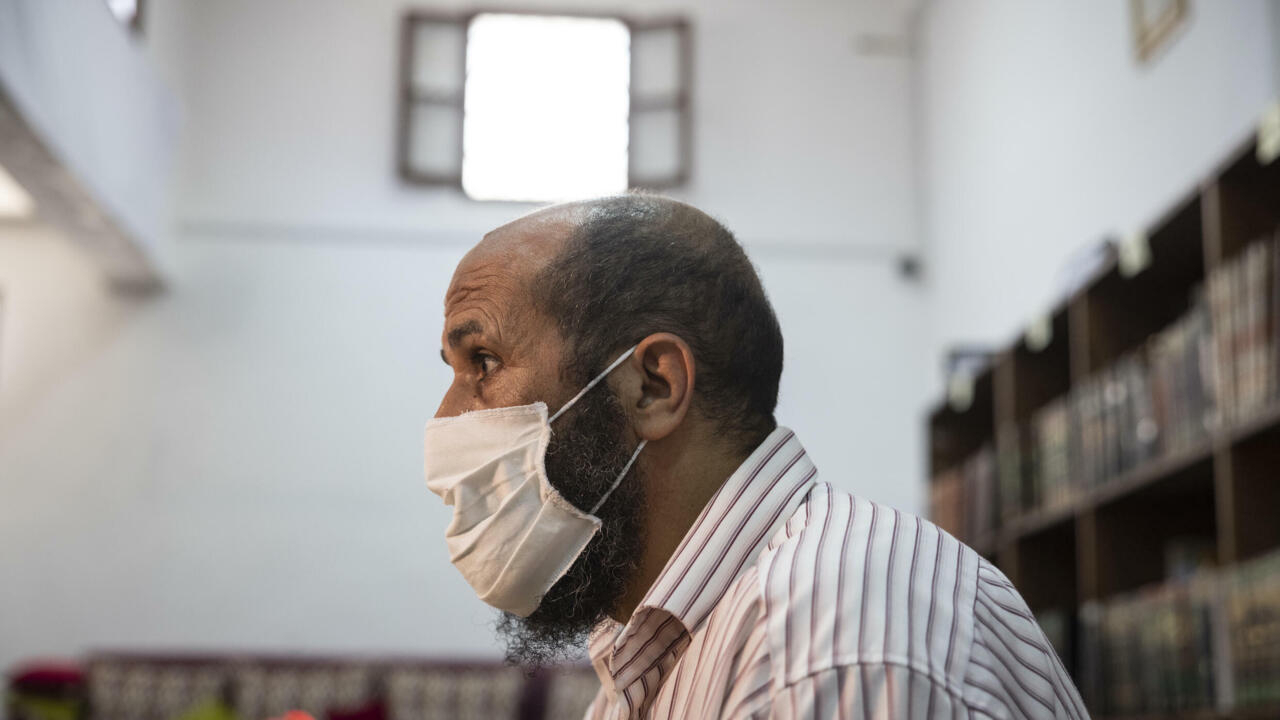 Saleh has languished in Moroccan prisons for 19 years on terrorism charges, but he hopes to be released soon thanks to a de-radicalization program.

The former diehard Islamist, now a bearded prisoner in his fifties, said he once held beliefs that justified violence.

“I believed Muslims had a duty to fight oppressive rulers who do not apply Islamic law and attack states that fight Muslims,” ​​he told AFP in the prison library. from Kénitra, near Rabat.

But these ideas were based on a literal reading of the Quran and the words of the Prophet Muhammad “which I was not qualified to understand,” he says.

Today, after having gone through the Moussalaha (“Reconciliation”) program of the Maghreb kingdom, he hopes for a reprieve.

The program, launched in 2015 and led by the Moroccan prison administration DGAPR with several partner organizations, aims to help terrorist detainees who are ready to question their beliefs.

Saleh said his journey into radical Islam began after emigrating in the 1990s to Italy, where he met an imam at a mosque in Turin that belonged to Jamaa Islamiya, the Egyptian jihadist group that assassinated the president. Anwar Sadat in 1981.

In 2001, he left what he called “the land of the infidels” and moved with his family to Afghanistan under the Taliban regime.

But the September 11 attacks in the United States forced him to change his plans.

As the United States threatened to invade and overthrow the Taliban, he fled to Morocco and was quickly arrested.

He says he has no blood on his hands, but has been in detention since.

Morocco has had painful experiences with jihadism at home and abroad.

Fifteen years later, two Scandinavian tourists were murdered by militants linked to ISIS while hiking in the High Atlas Mountains.

Security services have dismantled more than 2,000 extremist cells and made more than 3,500 terrorism-related arrests since 2002, according to official figures released in February.

Many cells dismantled in recent years are linked to the Islamic State group, which seized part of the territory in Syria and Iraq and proclaimed a “caliphate” there in 2014.

More than 1,500 Moroccan fighters are known to have visited the region over the past decade, a security source said.

But in 2015, the Moroccan authorities launched Moussalaha as part of a “new approach” to detainees, said DGAPR official Moulay Idriss Agoulmam.

The program “includes tracking participants and helping those who express a need for guidance,” he said.

It also includes studies on law and economics, as well as three-month psychological support.

It has so far reached 207 inmates, including eight women. About 116 received royal pardons and were released, while 15 saw their sentences reduced.

Mohamed Damir, another ex-detainee who was sentenced to death in 2003 for terrorism, said that many radicalized people “do not realize that they have to give up their extremist ideas until they find themselves alone” in a prison cell.

The 47-year-old said he reached that point after seven years in prison. It started a long process of convincing the authorities to help convicts in a similar situation.

Then he was released in 2017 after participating in the first round of Moussalaha.

Part of his re-education consisted of reading the works of the philosophers Jean-Jacques Rousseau and Voltaire, some of whose ideas “are not far from the spirit of Islam”.

“I discovered the concept of the social contract, which allows everyone to live in peace, because we are obviously all different,” he said.

After his release from prison, Damir joined an association of Islamic scholars in the town of Mohammadia which oversees the religious aspect of Moussalaha.

Today, he helps guide inmates through the program.

“Most of them don’t know much about the Islamic religion,” he said, adding that he uses religious texts to change their perspective.

“I try to persuade them that they will not gain God’s favor by following the path (of violence).”