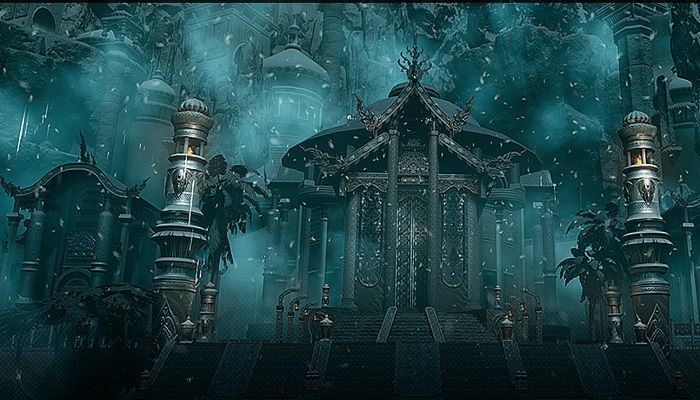 Dawn of Darkness is coming to Blade & Soul, with a new dungeon, revamped daily challenges, and rest rewards

The dawn of darkness has come in Blade & Pennyl, with the latest update adding a new single-player dungeon, Shrouded Ajanara, an overhauled daily challenge system, a new Heart level, and several new events.

With Shrouded Ajanara, you’ll need to prove yourself a worthy opponent by eventually facing off against Master Nayul, after showing your training. By clearing your way through this challenge, you can earn nice rewards, and by doing it multiple times at different difficulties and under various circumstances, you not only get the corresponding achievements, but also much better rewards. Shrouded Ajanara also replaces the Den of the Ancients and Circle of Sundering daily/weekly challenge quests.

Other changes also include several events for the next month. Frozen Vipercap Cavern is challenging in several ways. Not only are you in an icy cave facing viper mushrooms, but you have to get through the minions and defeat the boss as quickly as possible in order to get the best rewards. Rewards include an excellent Hongmoon XP Charm and, depending on your performance, currency and a chance to bid on other rewards.

Solak Fever means there will be double rewards for the Solak region, including Shrouded Ajanara, Den of the Ancients, Spectral Shrine, and more. Finally, Shrouded Quest is an event that simply requires you to complete the Ahrouded Ajanara daily dungeon quest as many times as possible to be rewarded.

For more, head toward Blade and soul.